The slow end of the Kalasho regime 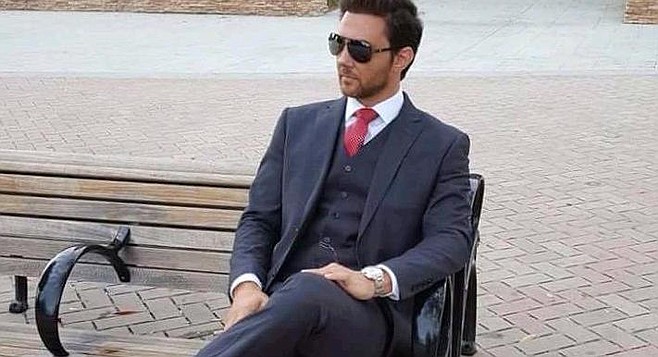 Tuesday’s votes have been tallied and the race with the largest margin of defeat in San Diego County was for El Cajon’s first district city council representative. 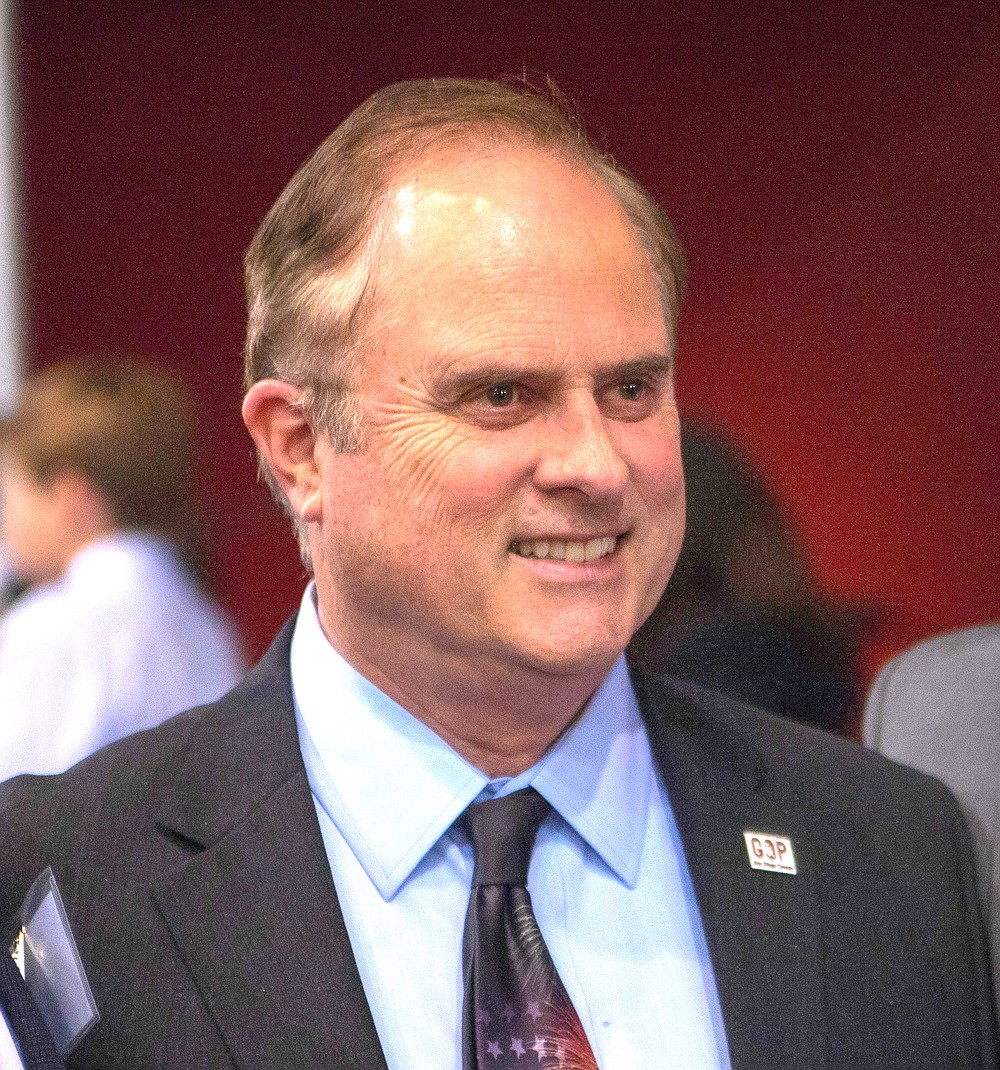 Gary Kendrick got 85% of vote

Previously elected to citywide council positions, Ben Kalasho and Gary Kendrick were pitted against each other in El Cajon’s first by-district election since the city was divided into districts last year.

85 percent of voters from the western section of El Cajon voted for Kendrick. 15 percent voted for Kalasho. The councilman with a fascination for monarchical rule received a democratic paddling. 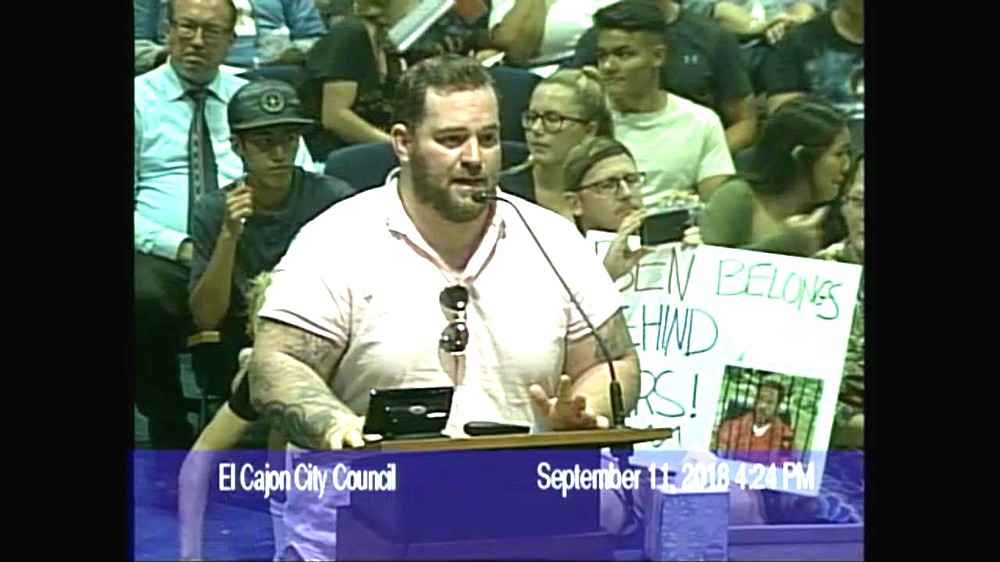 James Elia: “It hurts me to see fellow Chaldeans spiral like this."

On social media Kalasho frequently comments about building a House Kalasho empire and often refers to Zoltan, his German Shepherd, as “the king.” His Facebook friends return the favor, calling Kalasho himself the king and rooting for him to be governor one day. 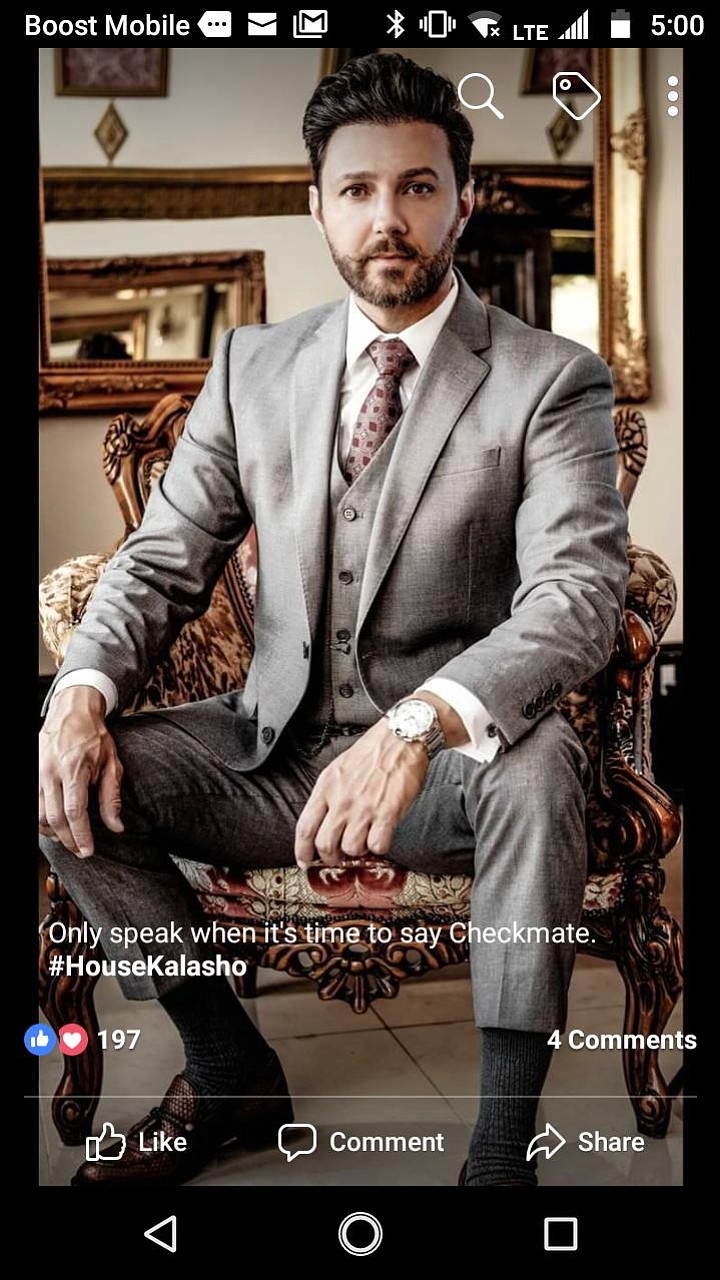 Ben Kalasho doesn't do interviews with the Reader.

Wearing a mask with devilish horns, Kalasho appeared in a promotional video for the Royals Masquerade Ball fundraising event in September. Kalasho lipped the words “rule the world” along with the song “Everybody wants to rule the world” the video was set to. And Kalasho reportedly told the girls who competed in his 2017 Miss Middle East beauty pageant to call him god.

According to several civil cases against him, Kalasho has treated others as if he were a monarch and they his worthless subjects. 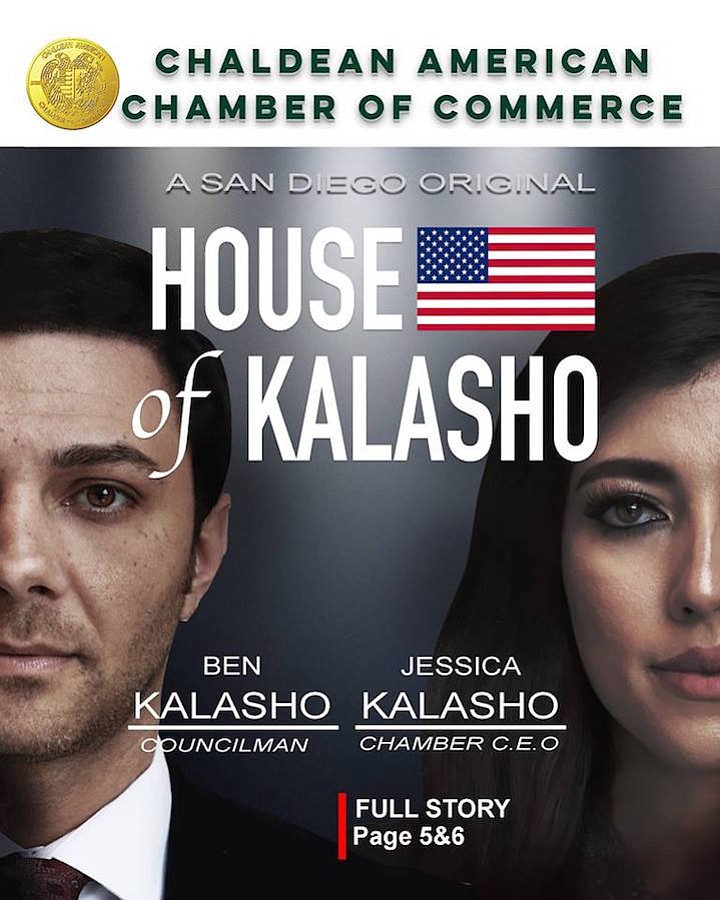 Kalasho announced he will be launching a show on YouTube – Politics and Cigars with Ben Kalasho.

In December 2015 Reva Elia filed a request for restraining order against Kalasho. She stated she was cyber-bullied just for asking a question about a Kalasho social media post about women with a certain hair color. But it didn’t stop there. Kalasho made humiliating posts about her. Then people started showing up at her workplace threatening her.

Lina Charry says after winning a legal dispute with Kalasho he created a fake social media profile in her name, began making false and humiliating public comments about her (related to sex) and created a fake poll that named her the worst attorney in San Diego.

Paris Kargar was a contestant in the Kalashos’ Miss Middle East beauty pageant in 2016. She said as the women came on stage Kalasho made rude comments about their bodies. Privately, Kalasho offered her the pageant crown if she spent the night with him at the hotel. She refused.

Charry and Kargar joined Zhala Tawfiq’s May 2017 lawsuit against Kalasho. Tawfiq won the Miss Middle East pageant in 2016. She was surprised when Kalasho demanded access to her social media profiles. Later when she changed her Facebook password to stop Kalasho from doing as he pleased with it, she says he retaliated by publicly posting images of her face edited into nude photos of other women.

There are numerous other allegations of fraud and retaliation against Kalasho.

For over a year public comments at city council meetings and media reports have confronted Kalasho for the way he treats people who don’t bow to his will. In a mailer to voters Kendrick’s campaign highlighted excerpts from several of those reports.

At one recent city council meeting Cajon Valley school board member Jill Barto held a sign calling on Kalasho to resign. Kalasho and his Facebook friends cyber-bullied her, called her derogatory names and insulted her Christian faith.

Recently Ben Kalasho posted a picture on social media of himself at Prescott Promenade Park with the caption, "These politicians are playing Checkers while I’m out here playing Chess."

It appears Kendrick has checkmated Kalasho and sent him on his way out of the city council. Kalasho still has two years left of his citywide council seat he won two years ago.

James Elia, a fellow Chaldean who lost his challenge Tuesday to Randy Voepel for east county’s 71st state assembly seat, says plans are in the works for a recall campaign against Kalasho to stop him from finishing his current term.

Elia says there is even more to Kalasho’s history than the media has reported. "My history with Kalasho goes back like 10 years. I went to war with him over his female victims. I know of at least six other women Ben has terrorized over the years. I've been trying to get them to come forward but they won't budge. They are terrified of him."

Elia says of the thousands of Chaldeans in El Cajon only about 50 are friendly with Kalasho.

At a city council meeting in September Elia spoke publicly to Kalasho: “Ben, you need help. It hurts me to see fellow Chaldeans spiral like this. It might be best if you step down. Work on yourself. Work on your family. And come back later on and do something else like a reality show or something.”

A couple weeks later, on October 5, Kalasho announced he will be launching a show on YouTube – Politics and Cigars with Ben Kalasho. He scheduled his first show for November 20 at 7 pm.

Kalasho previously stated he doesn't do interviews with the Reader and referred me to his Facebook page for statements.

For someone who claims to be such a political mastermind, Kalasho ignores Machiavelli's most important advice to rulers: never believe your own hype.

If the YouTube thing doesn't work out, perhaps he can get a job in the current president's administration? It's a perfect fit for incompetence and arrogance.

A political neophyte who routinely gets but one single like on his Twitter posts (probably his wife) but believes he has an audience for a YouTube show?

Just how arrogant and clueless could one man be?

Two years left in his current office. YIKES. Heaven help the taxpaying citizens of El Cajon. I’m just wondering of those who elected him to that office, how many have voter’s remorse?

I would wonder if those that were dumb enough to vote him into office in the first place are smart enough to see what is going and do they even give a rat's a$$.

15% vote for him so there is your proof that there is no limit to human stupidity.

I think you have already provided ample proof of that.

Kalasho is truly a legend in his own mind.

It comes across as if the local, co-religionists of the Chaldeans are doing some self-policing and telling him to go away. If they want to be accepted, that's the best way to do it. I'm as mystified as anyone about him being elected in El Cajon. Although there are some critics who see the city taken over by these mostly refugees, they don't have the whole city yet, and may never get there. Kalasho has been successful at getting attention, but as far as doing anything for the Chaldeans, I'd guess he's been a negative.