Not the usual carne asada 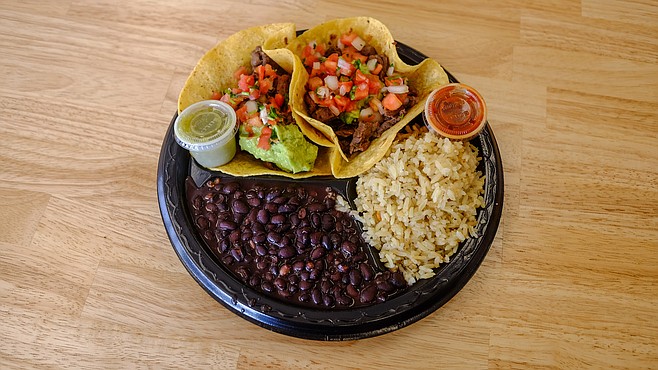 I don’t suppose many readers have occasion to go out in Escondido’s eastern sprawl for carne asada. I doubt most of us need to travel a mile to find a choice of spots serving it. But if you’re out that way, past the 78, look for the big sign: Kennedy’s.

It used to be called Kennedy’s Karne, the expansion of a shop that opened in the early 1970s in the town of Heber, an even more way out burg near El Centro. More recently, the Escondido location operated out of a different, smaller location across the parking lot. 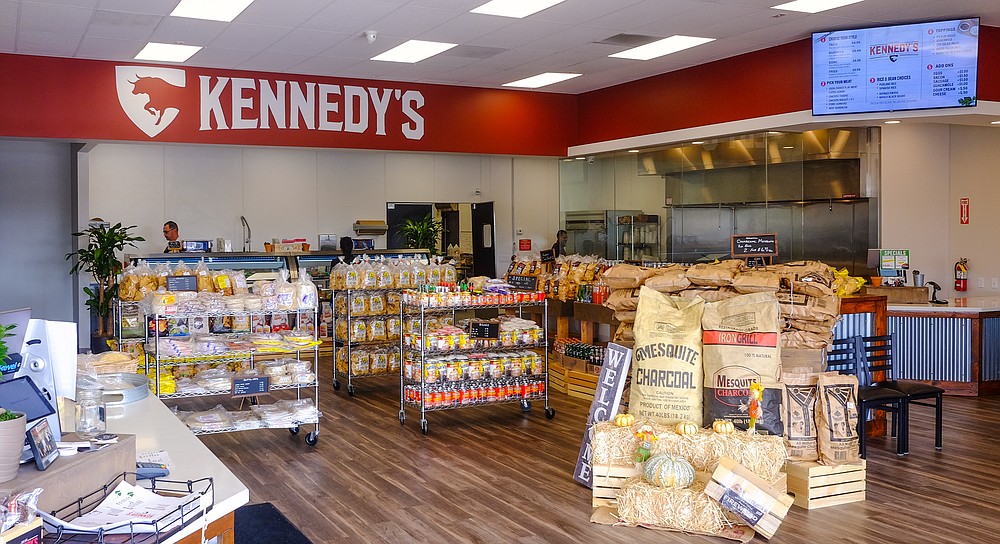 A butcher counter in back, taco counter up front, and taco-making supplies in the middle.

As of September it's Kennedy's Meat Company, now in the hands of the original owner’s grandson, has scaled up, selling prime and other top-shelf meats, and briquettes to grill them over. But, not to buck more than four decades of Soto family tradition, as a counter restaurant, grilling carne asada is its thing.

Despite the Cape Cod sounding name, Kennedy’s is a taco shop. And the thing that struck me on first glimpse of these tacos were the tortillas. They’re larger than typical corn tortillas — the diameter of old 45 rpm vinyl versus that of a CD — and thinner.

Turns out, that’s because it’s a tortilla hybrid: made with both masa and wheat flour. Flavor-wise, it loses a bit of that succulent nixtamalized corn nuttiness. However, the thinner hybrid turns out to be more durable than straight corn tortilla, able to maintain structural integrity with a larger portion of beef.

The carne itself is made with flap steak, a flavorful part of the bottom sirloin, and for taco meat it’s of pretty great quality: USDA choice. Between that and the size of the tacos, they go for $4.99 apiece. You can also spend $10 for a burrito or carne fries, or $9 for a rice bowl. But two tacos plus a couple of 75-cent sides did me well for $12 and change. Choice between black beans and refried pinto, Spanish or poblano rice.

That lightly flavored poblano rice was nice, but those tacos, garnished with fresh guacamole and pico de gallo, made the visit for me. The carne asada had very low gristle, but plenty of gnash, and only enough seasoning to accentuate the agreeable meat and char flavor of the choice steak. A splash of salsa is all it needed to make me stop wondering what I was doing so far from home.

Meanwhile, good news if you live on the exact opposite end of the county: another Kennedy’s location is in the works for Imperial Beach.