Finally a landing and take-off 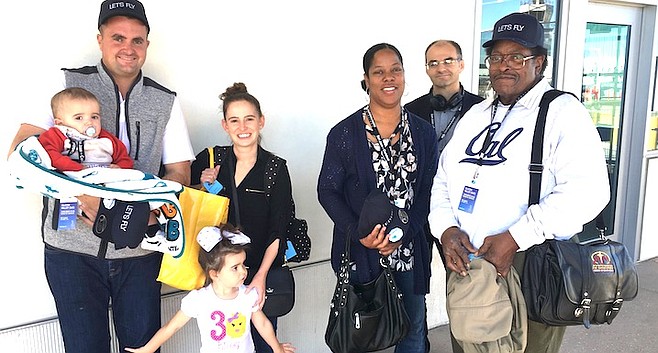 After a failed launch of California Pacific Airlines on November 1, due to a maintenance issue, the rescheduled maiden flights of a new Carlsbad-based airline took off on November 2. 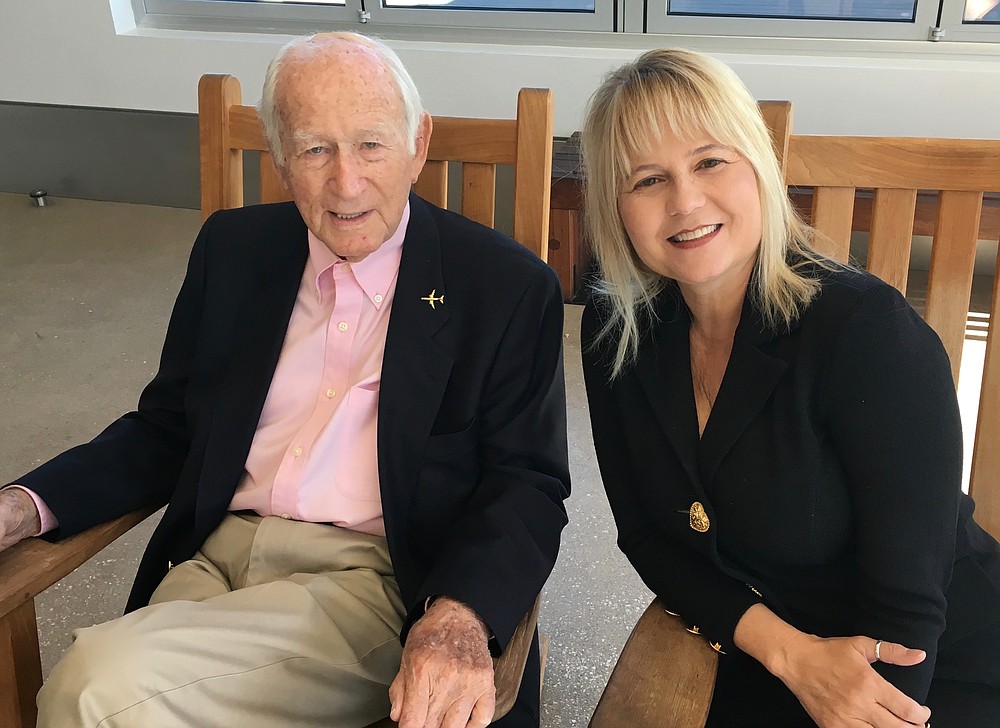 Owner Ted Vallas had to be reminded several times that the flight was waiting for him to board.

It’s been nine years in the making, and upwards of 12 million dollars of his own money, for owner Ted Vallas, 97, of Rancho Santa Fe. In 2013, he faced two FAA certification rejections, causing him to furlough advance-hired pilots, flight attendants, maintenance and support personal. The nicely painted jet originally to be flown had to be returned to the leaseholder.

As the jet from San Jose taxied to the terminal at McClellan-Palomar Airport, a crowd of 25, along with customers of Landings Restaurant next door, waved the first scheduled airline flight to arrive in Carlsbad since Cal Jet suspended operations in April.

Son of the founder, and secretary of the airline’s board of directors, Theodore Vallas, was the first off the plane. He was all smiles as he walked through the security exit gate. He was aboard the flight to pass out to the passengers Let’s Fly hats, and laminated souvenir boarding passes.

The Allen family, from Santa Clara, was on their way to Legoland. “It was the cheapest rate, but I didn’t know anything about it [the airline] until it popped up on my computer,” said dad Daniel.

Denis, from Denver, saw an ad for CPAir on his son’s TV as they were watching a soccer match. The Dyson family from Union City didn’t know it was the first flight when they made their reservation. They just wanted to go to Carlsbad, so they booked it.

Owner Vallas sat rather subdued during the pre-board for the next flight, relaxing on one of the terminal’s rocking chairs, receiving hugs and congratulation greetings from friends, passengers, and company employees.

Four TSA agents, brought in from other airports, along with a sheriff deputy, provided security checks for the boarding passengers on the airline’s first flight to Reno-Tahoe.

Faced with the handshaking and excitement, Vallas had to be reminded several times by ticketing agents that the flight was waiting for him to board. The 50-seat Embraer jet was about two-thirds full, but took off 25 minutes late due to the excitement.

The real story now is that California Pacific Airlines is having severe maintenance issues which began on their first day of operations when their first flight was cancelled. This week, their only plane in California has been down for maintenance impacting all of their passengers for several days. If the job of the press is to inform citizens, then the residences of North County need to know this. I've written for SD Reader before and I'd be happen to be a stringer on this story. 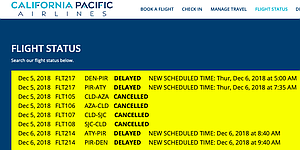 Day three of cancellations due to maintenance issues with CPAir's one and only plane. by joemoreno