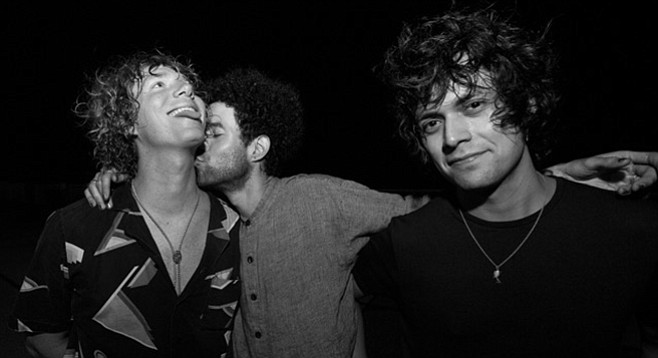 In 1964, the Kinks invented garage rock. Even though garage was more or less finished by 1968, the concept never really went away. Las Rosas, a Brooklyn trio, knows this. The heart of that ancient British-inspired music beats in every three-chord Las Rosas melody. Simplistic. Not that garage rock as an art was ever very challenging, but some level of brio was required, and mostly in the vocals department. And not so much the words themselves, but in how those words were conveyed.

Las Rosas’ song lyrics are about as intellectual as a Facebook meme, but that’s not the point. Jose Boyer has nailed the whole us-against-the-man sound. And that’s what made us all latch onto that distorted music more than anything back in the day. Those first generation garage bands sang what we felt, and they sang it in a way that we couldn’t. 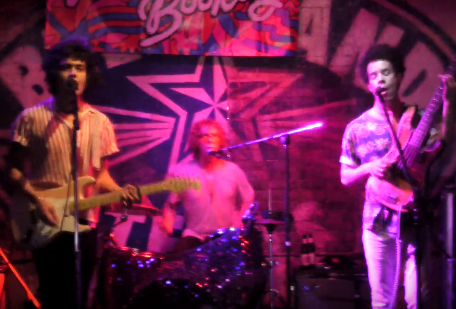 Las Rosas translates to “the roses” in English. It is also the name of the Brooklyn funeral home from which the band took its name. Fans of Harlem may remember Boyer from that Austin, Texas group; bassist Jose Aybar was a member of Wild Yaks; Christopher Lauderdale plays drums. All have day jobs, which means recording and touring happen when they can coordinate time off. The band launched in 2013, releasing a 7” and a cassette tape. Las Rosas’ debut full-length got released last year, and their second full-length, Shadow by Your Side, was out in May of this year.

Las Rosas’ songwriting is straight out of the 1960s. Raw and sometimes borderline psychedelic, it has that DIY vibe, and is most always clever and catchy. The one thing absent from the trio’s hat-tip to the ethos of garage rock? Rage. As a band, they don’t seem to be anti-anything.