From Chargers to Game of Thrones 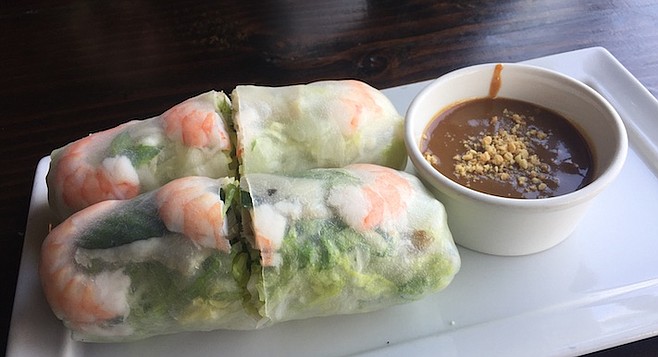 This was my first time dining at OB Noodle House Bar 1502, but I’d seen it on multiple occasions from the patio of Raglan Public House across the street. Had I known they had a giant Game of Thrones weirwood tree inside, with its red leaves and a face in the trunk crying tears of blood, I would have been here sooner. Walking by the tree, I noticed one of my favorite quotes from the epic HBO series painted on a wall: “That’s what I do. I drink and I know things.” My first question to our server was, “Did I miss something? Has this always been a Game of Thrones-themed place?”

“No, this is pretty recent,” she said. When I asked what had brought it about, she said, “Well, it couldn’t be a Chargers bar anymore, so the owner thought, why not Game of Thrones?” To show my enthusiastic approval of their new theme, I ordered a cocktail called “Got Milk of the Dragon,” a fluorescent gin-based beverage that got its bright pink color from Dragon Fruit. 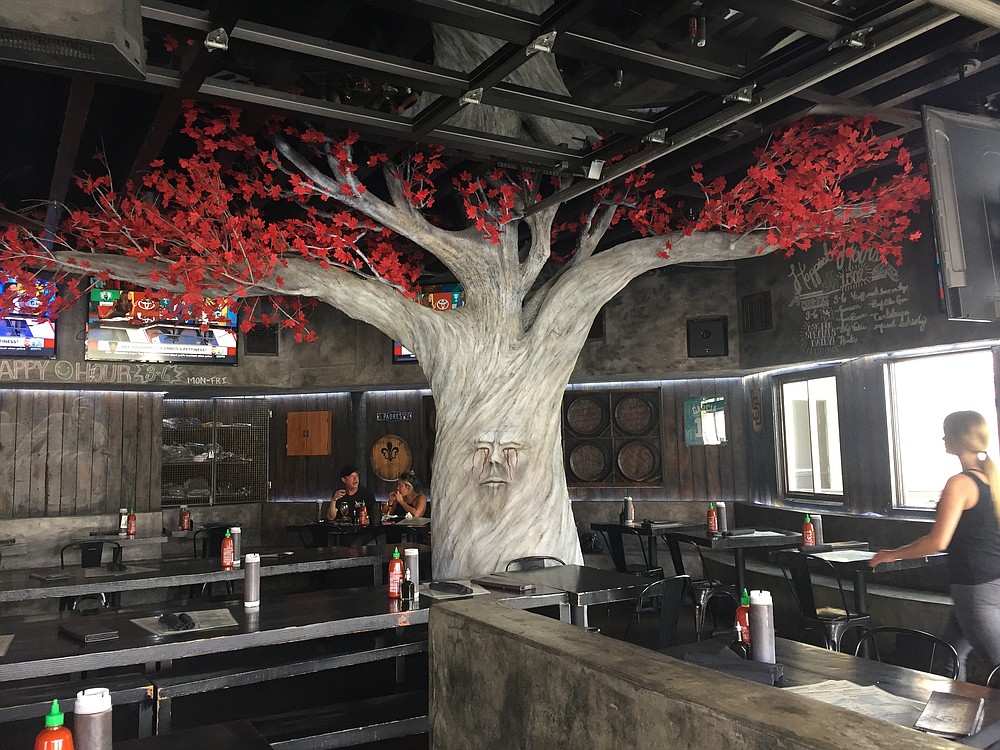 The morning marine layer had burned away, and the breeze brought with it the smell of sand and salt from the beach just a few blocks away. I chose one of the tables outside so David and I could enjoy that Pacific Ocean air with our meal. We began with the Fresh Spring Rolls ($6.95), with shrimp and thinly sliced pork with basil instead of cilantro, which was much to this cilantro-haters taste. True to their name, these were fresh, with naturally sweet shrimp, crisp lettuce, and chewy, savory pork. 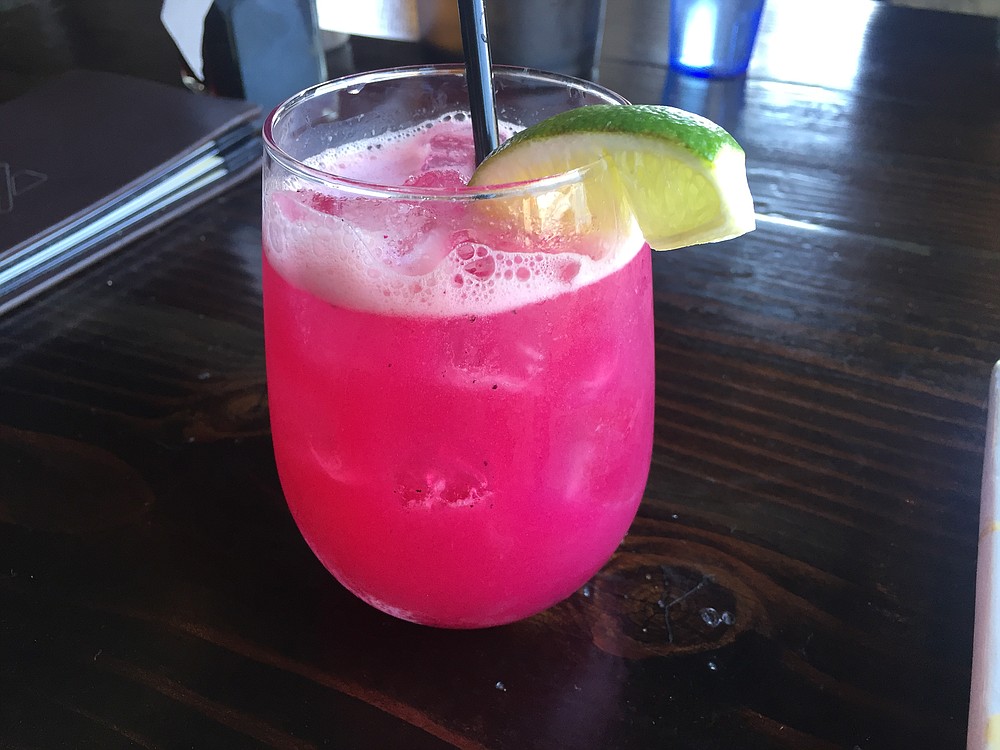 Got Milk of the Dragon cocktail

David ordered the Taco Tuesday special — an Asian Style Pork Belly Taco ($4), with grilled Korean style pork belly, papaya salad, sriracha aioli and cilantro on a fluffy bao bun. After killing his, David looked longingly at a plate of three tacos that went by. “If I hadn’t already ordered an entree, I would just get more of those,” he said. 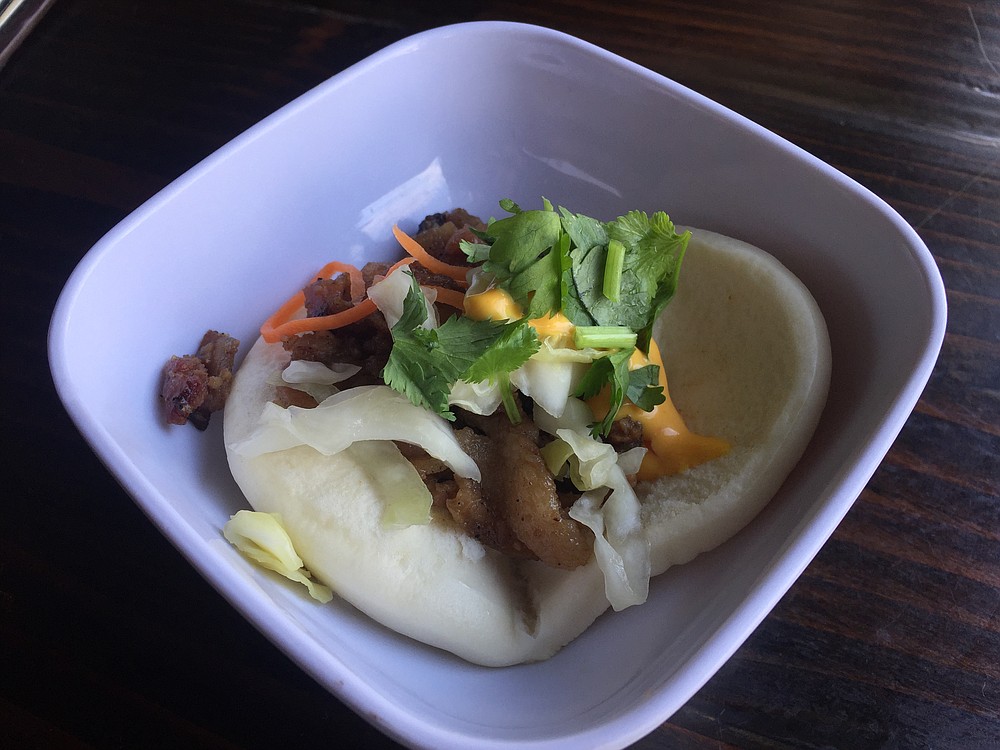 For our entrees, we thought we were going to get two different items by ordering from two different sections, but our dishes were nearly identical in appearance and flavor. David ordered the Pork & Vegetables option in the Hong Kong Chow Fun section ($10.95), and I got the Tofu & Vegetables option from the Pan Seared Crispy Noodles section ($10.95). 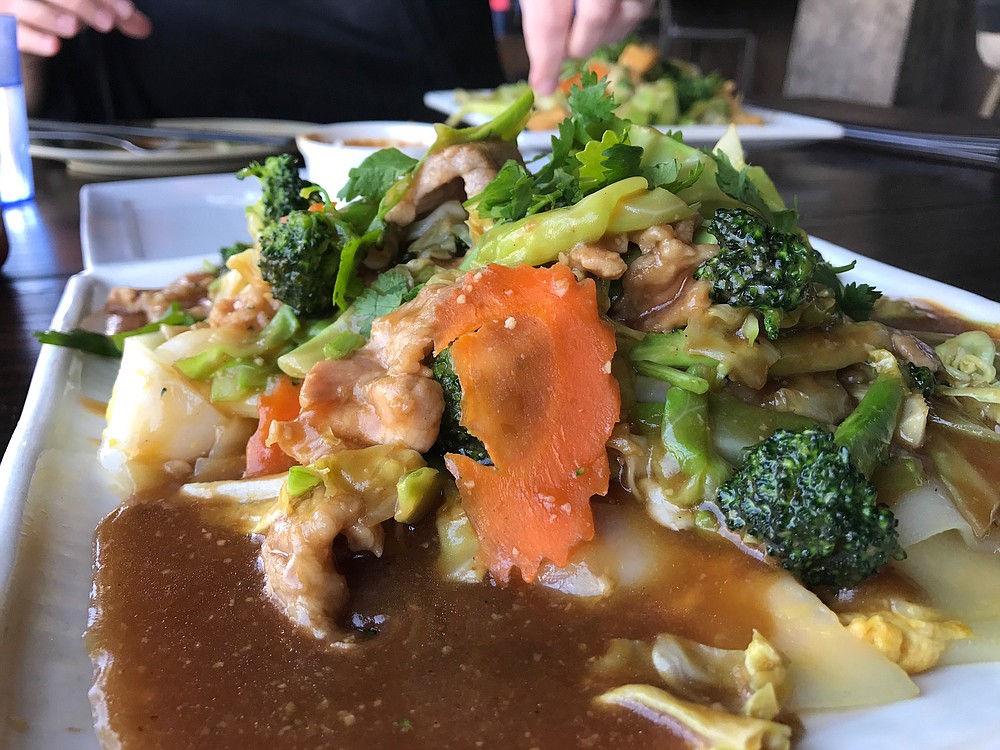 Despite the similarities of the dishes, my sans-pork sauce was lighter and sweeter tasting, and buried beneath the vegetables (cabbage, broccoli, and carrot, but mostly cabbage) the crispy noodles were soft and pliable with a chew and cereal flavor. David’s rice noodles were wide and flat, but had a pleasant, chewy bite due to their thick cut. I realize now the “sections” refer simply to the type of noodle and not a different style of preparation. 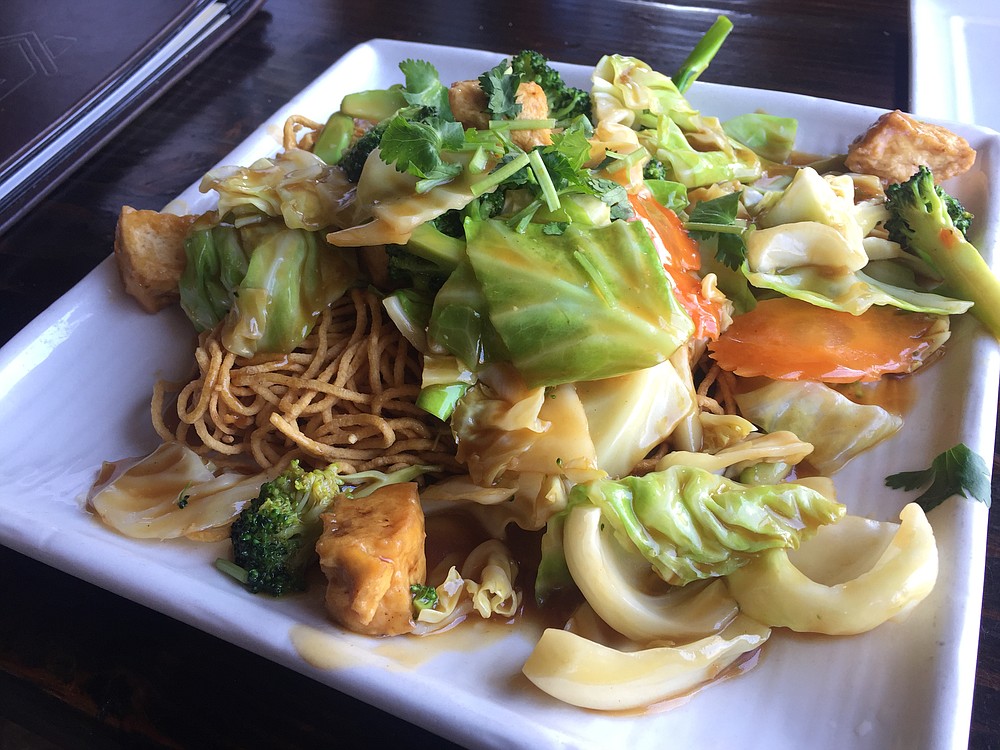 I didn't see any dire wolves, but this restaurant was dog friendly. Bowls of water were set around, and one lucky pup just beside us was tossed a giant bone fresh from the kitchen, which had been used to make soup stock. 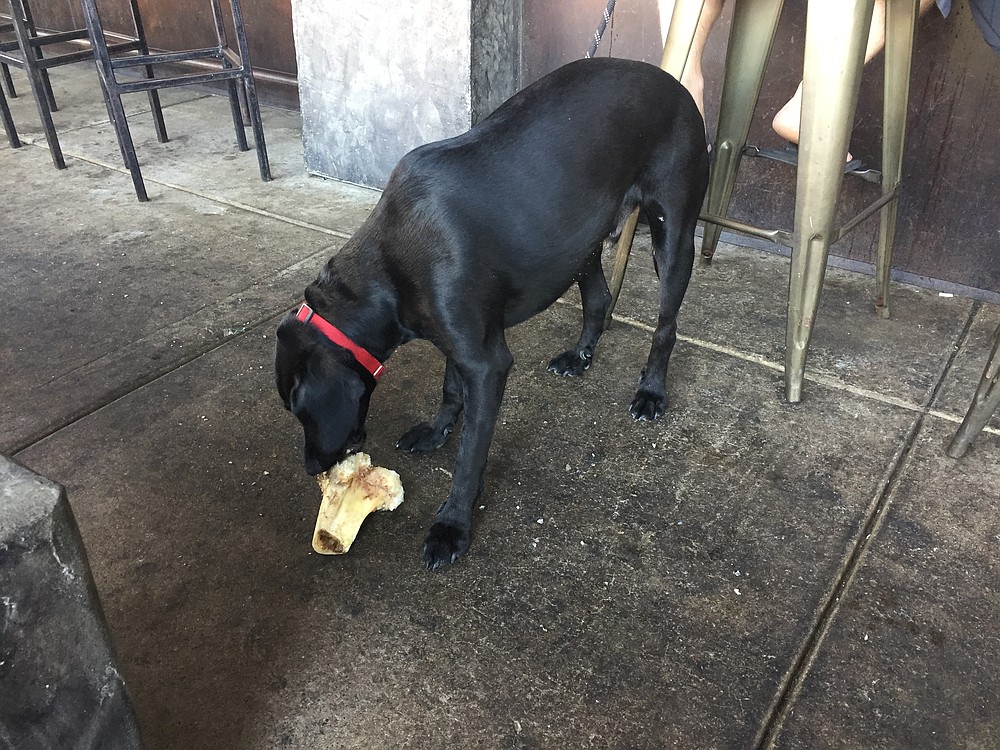 Happy dog with a bone from the kitchen

On the tables around us were bowls of pho and skewers of meat, both of which we plan to sample on our next visit to “Westeros.”