Solo: A Star Wars Story is half a good Star Wars story 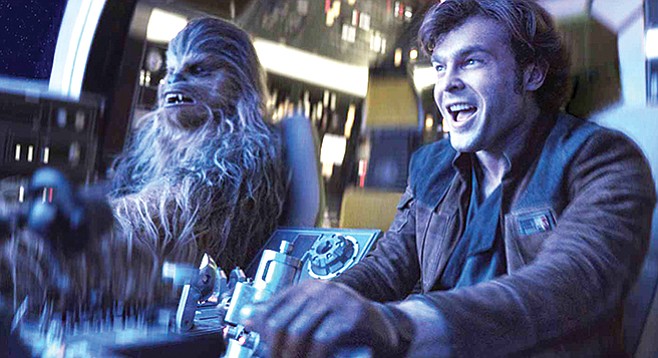 I played an awful lot of Star Wars when I was a kid. My snowy backyard in upstate New York was the ice planet Hoth. My jungle gym was The Millennium Falcon. And my best friend Andy Kozlowski was Han Solo. I was always Luke, the dutiful kid with the stars in his eyes and the Force in his blood. (No, not physically; thank the Maker, nobody had heard of midichlorians back in 1980.) I knew Han was cooler, but that’s part of why Andy was always Han. He was cooler: more daring, more mischievous, more ready to take on life and, when it laid him out, to get back up, bruised but grinning.

I repeat, my best friend was my Han Solo. So perhaps the highest compliment I can pay Solo: A Star Wars Story is that it didn’t make me want to travel back in time and kill anybody with a shovel, especially not original directors Chris Miller and Phil Lord, but also not even credited director Ron Howard.

Patton Oswalt: "At Midnight I Will Kill George Lucas with a Shovel" 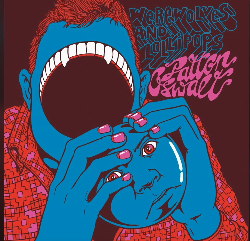 Patton Oswalt fans will get the reference. On his 2007 comedy album Werewolves & Lollipops, Oswalt confesses that while he loves actual history, the first thing he thinks of doing when he imagines going back in time is killing George Lucas with the aforementioned garden tool before Lucas can make the prequel trilogy.

Oswalt then takes the time to imagine a little conversation first — the lifetime fan approaching Lucas on the street and thanking him for Episodes IV, V, and VI. (Prequel spoilers follow, I guess.)

“Oh, you like Star Wars?” answers Lucas. “I got some good news. I’m working on the three prequels. Do you like Darth Vader?”

“In the first movie, you get to see him as a little kid.”

“No,” answers George, “he’s just like this little kid and he gets taken away from his mom and he’s very sad.”

Pause again. “Ah, I don’t really care about him as a little kid, at all. At all. At. All. I just like the helmet and the sword and the cape. That’s what was kind of cool about him.”

Then Boba Fett gets the same treatment in the second movie. “You get to see him as a little kid. He’s like this little kid and then his dad dies and he’s very sad.” The third film features a baby Death Star, under construction and not doing much of anything.

Again (and again), Oswalt does not care. Lucas notices that he’s disappointed, offers him some ice cream, and then gives him a big bag of rock salt, because that’s part of how ice cream comes to be. Oswalt snaps: “I don’t give a shit where the stuff I love comes from! I just love the stuff I love!” 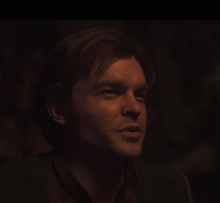 So kudos to Solo. Because while it seems that the teenage Han we meet at the film’s opening has lost both mother and father (hey, “solo”!), he’s not a bit sad. He’s a cocky, lovestruck Oliver Twist, stuck in service to “the foul Lady Proxima.” She’s the alarming, Muppetesque Fagin who runs the home for runaways that’s kept him going this far, but he’s already working the angles and making plans to strike out on his own. Well, not quite on his own: he’s got the fetching Qi’ra by his side. But other than that, Young Solo is a lot like Old Solo, which is fantastic for a guy who just loves the stuff he loves. 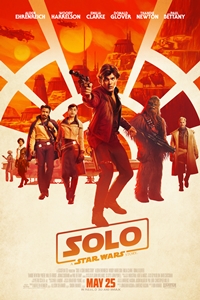 Does star Alden Ehrenreich pull off “juvenile Harrison Ford”? He ain’t bad — now and then, his voice drops into a buttery purr that stirs the memory, and the slow-spreading grin is every bit as blissfully self-assured. But here’s what’s great about the first half of Solo: Ehrenreich’s imitation doesn’t matter much, because the movie is having too much fun for you to pause and consider such questions. (Maybe just say this: his performance didn’t get in the way of my enjoyment, and that’s no small thing.) It zips, zooms, careens, and caroms — through war, through heists, through death and disaster, through love lost and friendship won, through ingress and egress, through danger and certain doom — with a lightness and dexterity that border on thrilling. It feels like what it is: a kids’ adventure flick, wildly kinetic and occasionally silly, packed with derring-do and free of the ponderous profundity, pseudo and otherwise, of what’s come before (or rather, what’s coming after). Yes, there’s a crusading droid who longs to deliver her kind from bondage, and yes, she’s entirely serious about it. But this part of Solo manages to make even political activism into a rollicking good time at the movies.

Everyone involved seems to know exactly what’s expected of them, and everyone delivers, especially Woody Harrelson as Han’s reluctant mentor Beckett and Donald Glover as smarmy smooth operator Lando. Not even the de rigueur prequel box-checking (hey, there’s his gun; hey, there’s the bet with Lando; hey, there’s the Kessel run) was enough to stop me smiling. 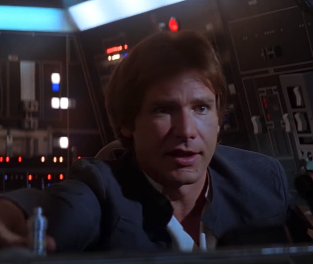 And then…remember the scene in Empire Strikes Back where Han is being chased by both Star Destroyers and TIE fighters and he gets ready to make the jump the hyperdrive and declares “Watch this,” only to have the Falcon’s machinery slip into whining failure? Something very similar happens in Solo, both literally and dramatically. In Empire, Han the master escape artist finds a way out by flying into an asteroid field. But that’s Old Han, seasoned by experience. Young Han can only watch helplessly as the gravity of the Star Wars children’s crusade overwhelms him — yes, there’s a sad kid involved — and the wondrous fun run gives way to a joyless slog that actually undermines the heroism of A New Hope even as it seeks to foreshadow it. Small wonder that the man Young Skywalker finds drinking in Mos Eisley is a money-minded, faithless cynic.

In the ending, one of the main characters close to Han doesn't evolve or grow at all, not even in a bad way really. We know early on the character has "issues" and is "compromised", the character hints at as much once or twice in the movie, and indeed at the end—for no reason other than to let Han down and serve part of the story that's not part of the movie in front of us—the character makes a choice that reinforces the status quo and aligns the character with "evil"; this plot point sort of writes itself after the action, and we in the theater all see it coming. As you can see, it's hard to discuss what is wrong with this character without giving spoilers, and once you see the film the "childrens' crusade" comment makes sense. I don't think it's unnecessary snark, though; literally small plucky orphan children are in peril, again.

I actually really liked the movie, but I agree the ending didn't fit with it at all, and that the one character I've been talking about was much too one-dimensional. Overall, between Marvel and DC and this, "Solo" I think was the most successful at incorporating key "canon" details without letting them bog down the story, e.g. the friendship with Chewie was organic, but established the classic "pilot-copilot" relationship dynamic from the original movies.