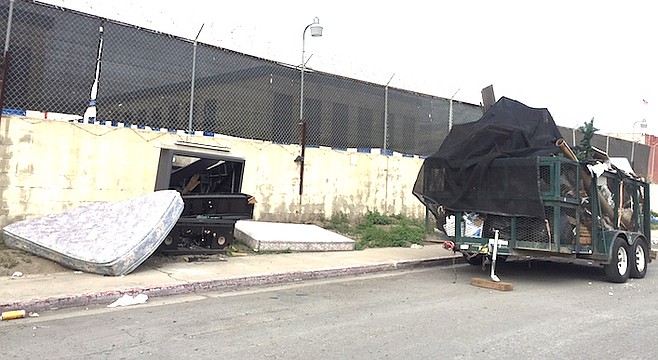 At about 1:30 am on Saturday, April 28th Lizzie Rodriguez heard noises coming from outside her casita in Memorial Park. The next morning, she found an old couch and a bike dumped along the sidewalk of her street. For Rodriguez and her neighbors, waking up to illegal dumping is a weekly experience. 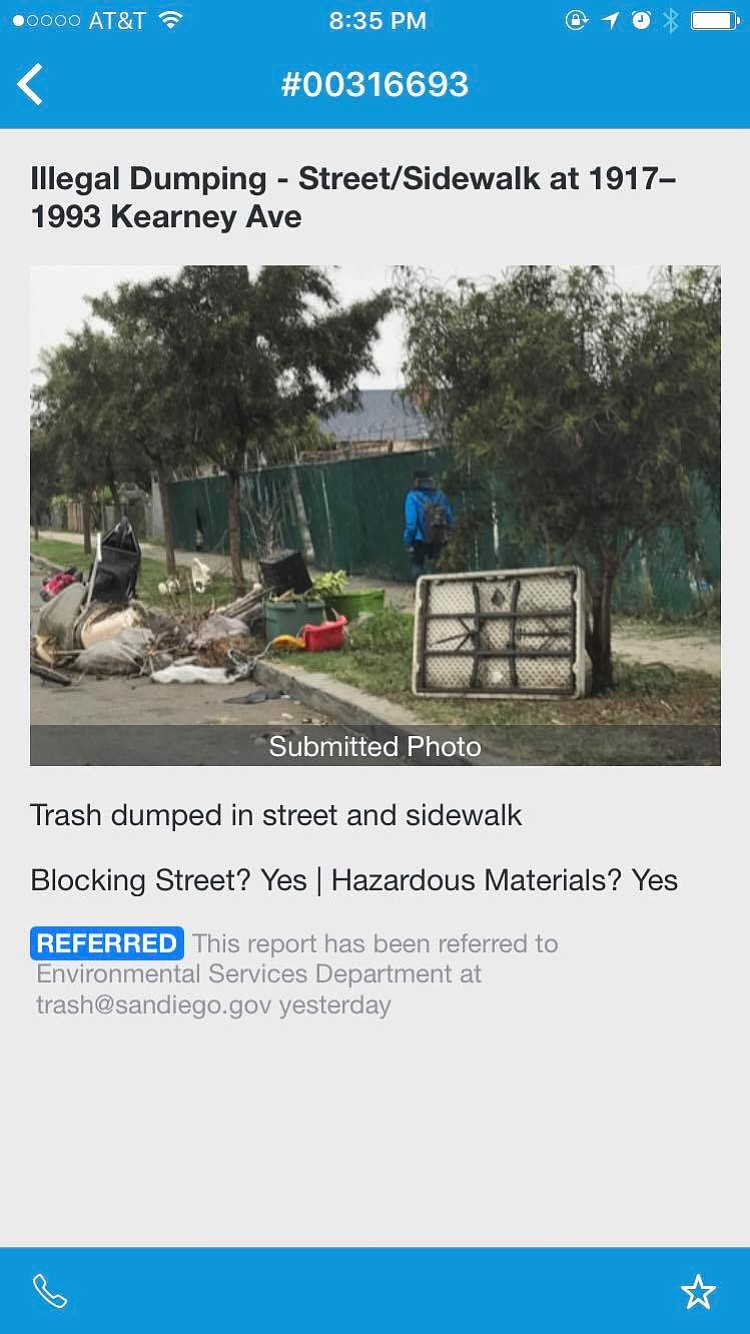 Complaint to the Environmental Services Department

Rodriguez, a loan officer at the nonprofit microlender Accion, explained, “People will just bring couches, bikes, refrigerators, ovens, building materials, all sorts of stuff and just dump it here.” She added that most dumping occurs in the middle of the night. 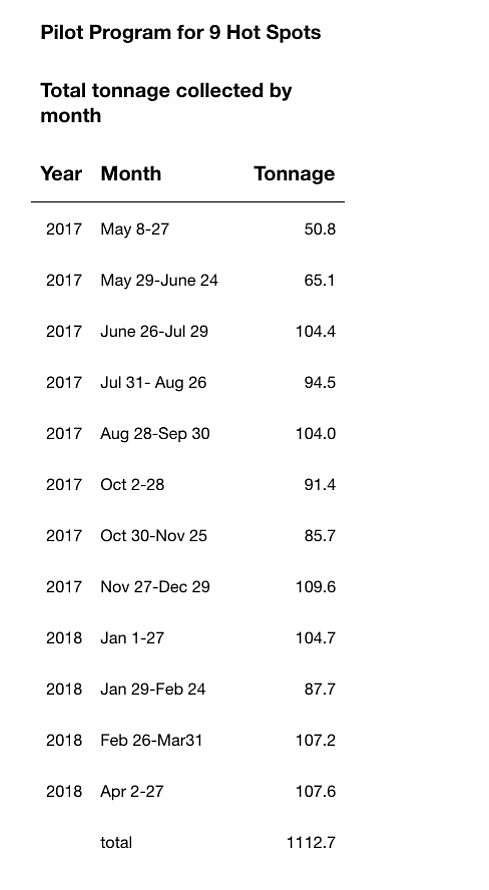 Mario Sierra, director of Environmental Services, explained in an interview that back in May 2017 the the department launched a pilot program called Litter and Graffiti Abatement. The program cost $800,000 and teamed up with the nonprofit Urban Corps of San Diego to increase trash removal. Instead of having collectors go out to hot spot areas only once to three times a week, the city had teams go out four or five times a week. They then tracked the volume of trash collected each month.

“The objective was—if we take a pro-active approach, go out to these areas and remove any illegal dumping that’s occurred, then we’re going to remove unattractive nuisances and people are going to be more reluctant to dump knowing that it’s being kept clean.” However, Sierra said during the course of the pilot program the tonnages were going up. Over 80 percent of collected materials were large bulky items.

In March 2018 Mayor Kevin Faulconer announced that the city was increasing the maximum fine for illegal dumping to $1,000. Sierra supported the Mayor’s initiative saying, “Moving forward, we know that part of the solution is to hold people accountable… We need to catch them and make an example out of them to let people know you don’t want to get caught doing this.”

The city receives many citizen complaints, but when asked who might actually be doing the dumping, Sierra said it was probably broad. What’s more, it’s extremely difficult to catch someone in the act of illegal dumping. In order to issue a citation, citizens need to film or photograph the offender in the act, noting the street and either the name of the person or their vehicle license plate number.

Carlos Lacarra, community relations officer for the San Diego Police Department, explained in a phone interview, “The problem with illegal dumping is that it happens very quickly and then they’re outta of there. For the SDPD to issue a citation for illegal dumping, we would have to witness it as officers.”

Lacarra said in his 15 years with the SDPD Southern Division he’s never heard of a citation for illegal dumping.

Rodriguez explained that the number-one complaint she hears from residents is price. “It’s expensive to pay to get rid of stuff.”

She said that communities experiencing illegal dumping tend to face challenges such as lack of transportation and no adequate education as to what resources exist for disposing of items. “You can sit in an office and you can have these meetings and come up with these awesome ideas, but something is happening between that and the ground. They’re not connecting.”

The Environmental Department oversees the Miramar landfill, collection of trash and recyclables, the environmental protection program and the waste reduction division. They have a $107 million budget, of which $44 million comes from the city’s general fund and the rest comes from disposal fees.

If the city knows where this happens regularly why can’t the team up with Internet Service Providers, who the City grants franchises, and install IP video surveillance equipment tied into the Law Enforcement Dispatch Centers. This isn’t expensive and it ain’t rocket science. Fines, cost recovery could easily pay the overhead AND end this blight. Sure once the perpetrators realize they’ll just move to a new site to dump their garbage and so can the program.
These people need to be held accountable EVEN if it means big brother is watching.

The problem started when the city landfill started charging homeowners for dumping small amounts of trash. Back in the 70's it cost me $15 to dump an old washing machine. The dump fees are now so high that it discourages people who have an old couch or whatever. The fees should be reasonable people who have things to get rid of that don't fit in the trash can. They make plenty of money from commercial trash companies.

I have no idea what the residential fees are now, but I wonder what the 2018 equivalent dollars are to that '70's $15. 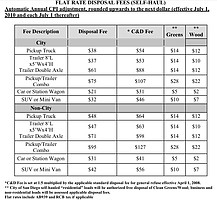 Thanks for the info. I have not been to the dump in 30 years.

Anyone else have a problem with the "logic" of Mario Sierra? He says that if the city keeps quickly picking up the illegally-dumped trash, it will discourage others from dumping. Huh? If I knew that the city would clean up after me and that there would be no repercussions, I'd take advantage of it. City of SD bureaucrats are on a different plane of consciousness from the rest of humanity.

yeh, how did that bozo get the job he has now?

careful, some online busybody will correct your spelling

What is this brave new world our elites have engineered? No one can afford anything yet everything is supposed to be "okay" because social values have become much more liberal.
If I have to choose between the two, I'd prefer a more conservative society with money spread around more equally than a more liberal society with money hoarded by a few people at the top.