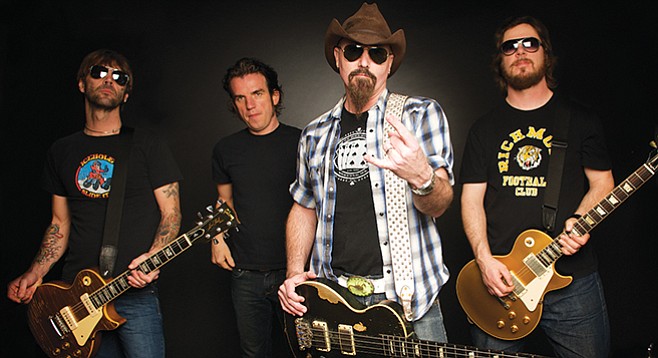 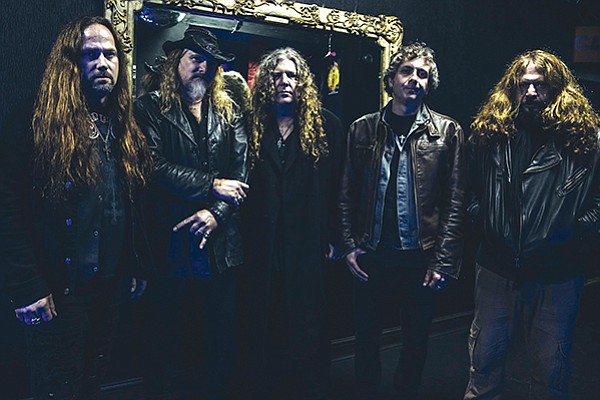 The Skull and Earthride

It’ll be a few months before Chicago-based doom metal band the Skull releases their sophomore album, The Endless Road Turns Dark, so your first chance to hear a selection of tracks may be when they play Soda Bar on June 15. Founded in 2012 by the singer and bassist from well-regarded metal band Trouble, alongside the two guitarists from Sacred Dawn, the fact that they’re named after Trouble’s second album makes it clear that they originally planned to stay in that same Sabbath-inspired dark metal mode. Several ensuing lineup shifts resulted in the birth of a markedly more brutal, sludgy, and downright bloodthirsty ensemble, beginning with their 2014 debut album as the Skull and continuing through the tour they had to partially cancel earlier this year, due to their British drummer having trouble obtaining a U.S. visa (an increasingly common problem for traveling musicians hoping to tour America). The bill includes Maryland’s Earthride, a band with over 20 years of history, whose recent single “Witch Gun” previews a new album due later this year. At this writing, Soda Bar also lists on their website, and on the show flyer, Kansas City, Missouri sword and sorcery stoners Hyborian, still touring in support of their twice-released debut full-length, Volume 1. However, the Skull’s website indicates that Hyborian will not be in San Diego, so if they’re the main attraction for you, best check with the venue first. 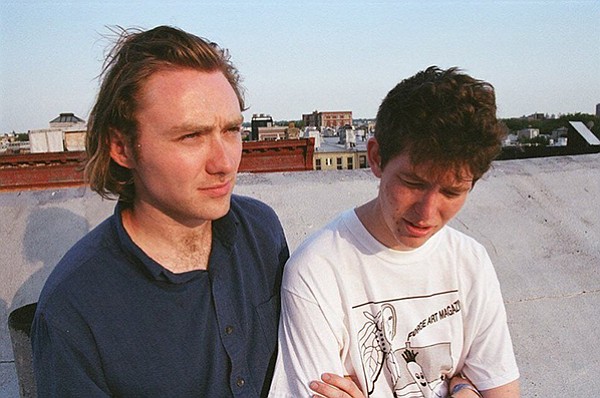 When you think of the desert pit stop known as Reno, Nevada, the first thing that comes to mind probably isn’t surf music. Yet the duo known as Surf Curse has taken up and run with their own lo-fi garage variation on beach blanket pop, honing their chops over the course of two albums and one EP, the newest being last year’s Nothing Yet full-length. Since forming in 2013, guitarist Jacob Rubeck (who previously self-released music as Casino Hearts) has evolved a timeless tone to his playing that has only become sharper and more focused since the pair relocated to L.A., where they were the surprise hit of the 2016 Beach Goth festival. Singer/drummer Nick Rattigan has been behind multiple solo projects under monikers like Tele/Visions (the name inspired by the 1983 horror stinker Videodrome), which was later renamed Current Joys, and then the Nicholas Project, starting out as somewhat of an introspective troubadour and gradually becoming more electrified and eccentric. The duo briefly debuted as Buffalo 66, though they had already dived into the surf by the time L.A. label Big Joy Records signed them up for their first EP and album as Surf Curse. Their July 21 gig at the Irenic will be opened by L.A.-based LunchLady, who played their first show last September and is touring in support of a five-song demo EP released in October. 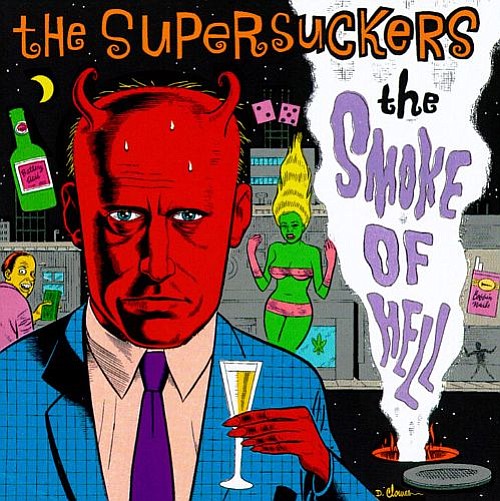 Smoke of Hell — in its entirety!

Sole remaining Supersuckers founder Edward “Eddie Spaghetti” Daly is celebrating thirty years fronting the pioneering cowpunk rockers known to occasionally go full country, as on their anomalously successful (and accurately named) 1997 party album Must’ve Been High. A few years ago, it looked like the band might have imploded for good, with Spaghetti touring and recording solo. Somehow or other, when Thin Lizzy decided to go on one of their final tours before changing their name to Black Star Riders, they convinced Spaghetti to relaunch Supersuckers for the 2011 road trip with new members (only one of whom remains with the band, guitarist Marty Chandler). Three years later, Supersuckers were back with their first album since 2008, Get the Hell, followed the next year by Holdin’ the Bag. Spaghetti was 47 in 2015 when he underwent surgery for stage three oropharynx cancer, which affects the middle part of the throat. Having now fully recovered, the 30th anniversary tour coming to the Casbah August 2 celebrates “three decades of liquor, women, drugs, and killing,” according to advance press, promising a “mini-country set,” songs from a new record called Suck It, plus the Smoke of Hell and La Mano Cornuda albums performed in their entirety. And, as has long been their tradition, “no encore,” other than the standard fakeout they’ve been pulling forever that never fails to fool at least a few bewildered newbies. The show will be opened by L.A. psychobilly hard rockers Henchmen, whose recorded debut was their 2005 Dead or Alive EP. 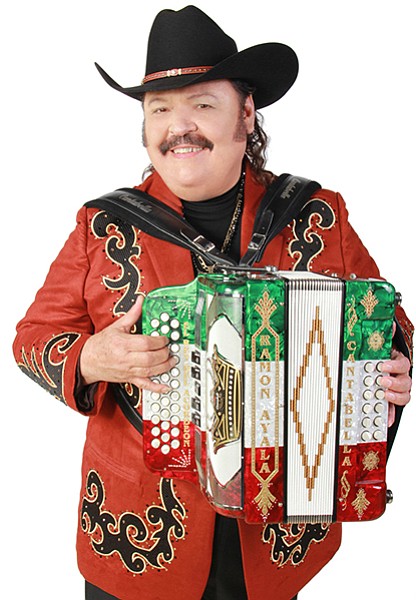 Ramón Ayala has been composing and singing Norteño and Conjunto music for more than 40 years. With well over a hundred albums under his accordion strap, he has won four Grammy awards and is responsible for evergreen Latin hits such as “Un Rinconcito en el Cielo” and “Chaparra de Mi Amor” that have made him one of the most beloved icons of Mexican popular music. Despite having just played the Del Mar Fairgrounds in June, and House of Blues in February, the immensity of his local following makes it a good bet that his set at Casino Pauma on September 14 will sell out as quickly as his 2015 and 2016 appearances at the Pauma Valley gaming complex. 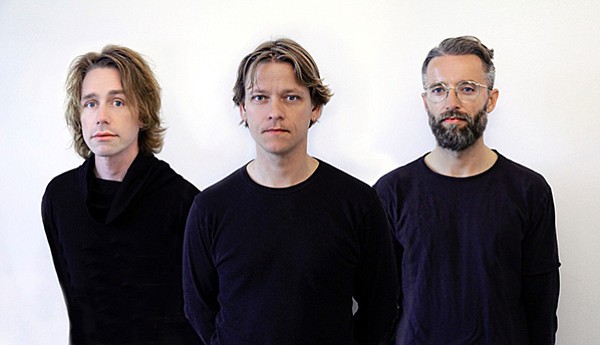 15 years after the release of their Frengers album, Danish alt-rockers Mew will perform the entire record in concert for the first time on a tour hitting Observatory North Park October 9. They formed in 1995, but it wasn’t until Frengers dropped in 2003 that the group began to earn widespread notice outside Denmark, especially after taking the album on a European tour with REM. It was during a U.S. trek in 2009 with Nine Inch Nails that they began picking up a smattering of stateside press, though they’re still not a group whose name is bandied about readily on most contemporary blogs and websites. That seems quite the oversight when one listens to any random track from their newest, 2017’s Visuals, where three of the four original founders are still plying what should clearly be crowd pleasing, toe-tapping, wallet-loosening perennials for millennials. Any failure to recognize them as such is surely your fault, not theirs.