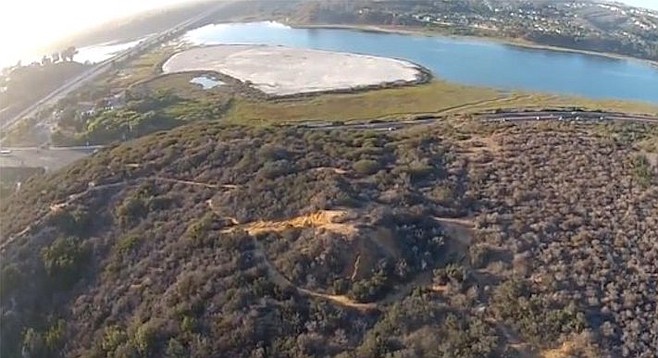 Early last fall, a developer named Weston Harmer hosted a meet-and-greet with neighbors who live adjacent to a bluff known as The Gateway to Encinitas. The property is just south of La Costa Avenue and to the east of Interstate 5. The nearby communities had received mailers for the event. Harmer set up on the bluff with a catering truck and some drinks. 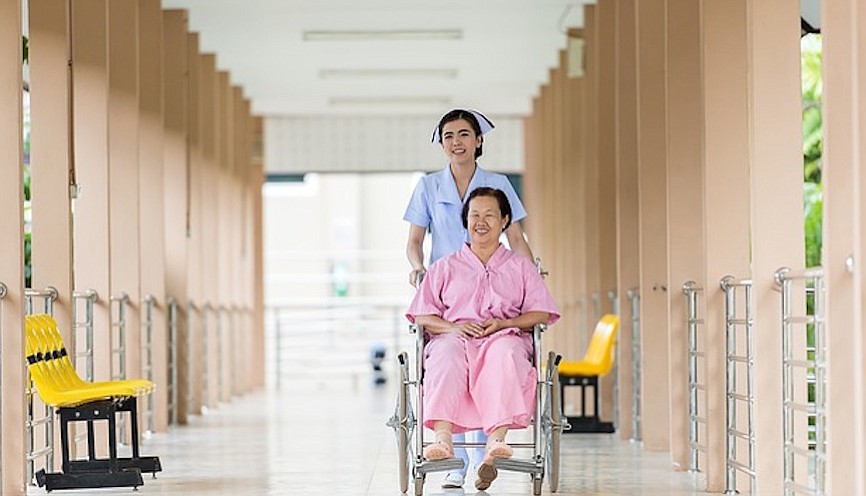 Mr. Harmer proposed a similar type development in Carlsbad, described as a plan for senior care facilities — homes with up to six (6) bedrooms each.

“A lot of people did show up because something didn’t seem right,” resident Jason Riggs explained. “No one was eating his food. No one was drinking his drinks. He was basically saying ‘We’re gonna develop this.’ I asked him, very specifically, ‘What are you going to build?’ He said, ’21 single-family homes.’ There was no fault in his message at that time. That’s what he wanted to build. He looked everybody in the eye and said that.”

According to a letter of opposition authored by the local non-profit Save Our Bluffs, “Mr. Harmer met with the City of Encinitas on May 10, 2017 regarding their plan to build 21 two (2) story residential homes with a clubhouse and swimming pool.” It continued, “On May 22, 2017, a press release from SLIG (Strategic Legacy Investment Group) indicated that W. Designed Developments and the newly formed Strategic Legacy Realty San Diego, a subsidiary of SLIG, are planning to develop this prominent 'La Costa neighborhood' land, as well as one in Vista, with the intention of building 'assisted living and memory care' homes. In 2015, according to public records, Mr. Harmer proposed a similar type development in Carlsbad, described as a plan for senior care facilities — homes with up to six (6) bedrooms each — to be considered as single family residential homes. The Carlsbad Planning Commission denied the permits.”

Besides the issue of whether or not a six-bedroom assisted-living facility can be considered a single-family home for zoning requirements, the land comes with equipped with environmental hurdles that must be dealt with.

“The bluff itself has the endangered gnatcatcher, for one. The gnatcatcher is embattled. They’re always trying to pretend that we don’t have to save it here because they’ve got some in Mexico, but that’s not the point of course. The point is that the whole community on the bluff is endangered. It’s protected because it’s endangered,” Save Our Bluffs member Dolores Welty said.

Besides the gnatcatchers, the bluff is home to coastal sage scrub (which is occupied by the gnatcatchers) and rare southern maritime chaparral and coastal flora. Add to this the fact that installing lawns, trees and other plants on the property could serve to impact the stability of the bluff since the water utilized to keep this vegetation alive could erode the bluff.

The requirements (and the money required to deal with them) have stopped most developers in their tracks. This was the case of a project that was proposed in 2014 that the developer gave up on because, according to Save Our Bluffs member Sheila Locko, it was not “economically feasible.” In 1986 locals swayed the city into voting down a hotel proposed for the property.

Since 2014, Save Our Bluffs has partnered with the City Of Encinitas in an effort to buy the land themselves. “They decided they were going to have an actual concerted efforts to acquire open space,” Locko said. Together, they got a 1.9 million dollar land grant to buy the property, and hired a land conservation broker to try to strike a deal.

“Meanwhile, these guys came in from the back door and bought it at 5.9 million,” Locko said.

Now the big question is what happens if the project is shot down?

“I definitely wonder what the endgame is,” Riggs (a member of Save Our Bluffs) said. “Let’s say they drain their resources, and they finally get to a point where they stop throwing good money after bad. I have to wonder how they spread those losses out among their investors. It has to be something that maybe for one reason or another just remains vacant and owned by them. It’s really hard to say. The way I would like to see it end is that it gets to a point where they realize that developing on this is not going to be possible for any number of reasons. They realize that the cost of developing on it will far outweigh anything their investors will tolerate, and they give us an opportunity to buy it and preserve it at a reasonable market rate. Then they at least recoup some of that money. I think currently that’s in the 2-2.5 million dollar range because you can’t really develop on it.”

Coastal sage scrub and gnatcatchers, which are literally everywhere in San Diego County and Orange County and Los Angeles County and Mexico and Arizona and all over the Southwest. Crazy.

This is all about the world we live in, not just a bird or some plants - irresponsible development leaves behind a legacy of loss and detriment that's permanent. It's far too easy to ignore this complicated reality - explain it away - or simply do nothing.

This is all about the world we live in, not just a bird or some plants that are "everywhere" - irresponsible development leaves behind a legacy of loss and detriment that's permanent. It's far too easy to ignore this complicated reality - explain it away - or simply do nothing.

I'm baffled by the article heading. Since when is a gift of beautiful and protected open space a "curse" - and isn't the term "friendly developer" an oxymoron?

Recently, many Reader headlines and sub-headlines have had me shaking my head. Someone sets them up without reading the story, I'd guess. More care needs to be taken in the headlines, for sure.

But then, I have to point out that our sole remaining local daily newspaper seems to have the same problem. Or if not the same thing, actually prints misspelled words in headlines. No editors around?

What is not mentioned is that the subject property is contiguous with Caltrans owned environmentally sensitive property. Also the Los Angeles developer is advertising to build a 108 bed senior care facility as Phase 1. Notwithstanding the 300 plus support vehicles operating 24/7 7-days a week on a 2 lane non-conforming road. Those facts are the proverbial tip of the iceberg.