"I think I still know all their songs by heart." 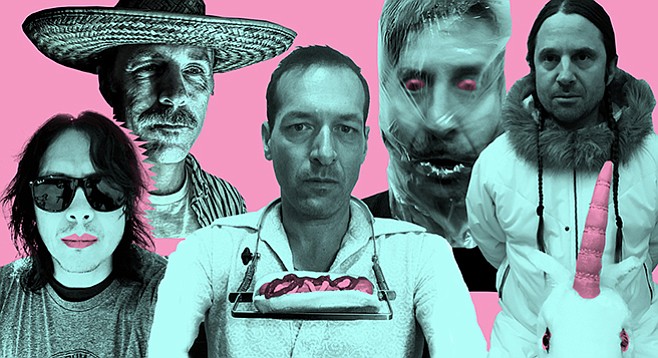 “Hot Snakes?” my pal said. “I totally loved that band. Are you going?” That’s been the standard comeback among friends who were club-age back during the 1980s and 90s, when San Diego’s indie punk scene was alive and dangerous. We had our own era here, and it included bands such as Battalion of Saints, the Locust, Blink 182, No Knife, Inch, Pitchfork, Rocket from the Crypt, and Drive Like Jehu. The common denominator in the latter three bands (as well as Hot Snakes) is a local guitarist/entrepreneur named John Reis. “So, no,” I told my friend. “I’m gonna pass on the Snakes show. I was there from the downbeat. I owned all their albums. I think I still know all their songs by heart.”

Hot Snakes: "I Need a Doctor" 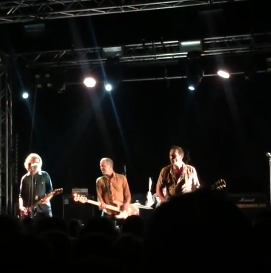 “Garage punk on overdrive” describes Hot Snakes. But there’s more — if I were to teach a class on the importance of tension and release in music composition, I would incorporate some Snakes into the playlist, maybe “Jericho Sirens” or “Death Camp Fantasy.” Sloppy, yes, but played live, that music comes in two halves: the wait between songs, and the sonic blast that follows. Tension, and release. Colossal rocking, followed by jittery audience anxiety.

The thing about John Reis is that he has a wild head for both hard rock and clowning, and he knows how to put a band together. Reis always leaves us wanting more. And fans are generally happy to see any one of his projects come back to life, even if for a single show. I was there, for example, on that afternoon in 2014 when thousands packed the Spreckels Organ Pavilion in Balboa Park for the Jehu reunion. And that’s when it hit me. Hot Snakes? They’ll play a few shows, and then they’ll be gone again, too. I re-considered. I called my friend. “Yeah,” I said. “Let’s do this.

Great stuff DG! I wish I had made it out to this one...