You know who not to trust 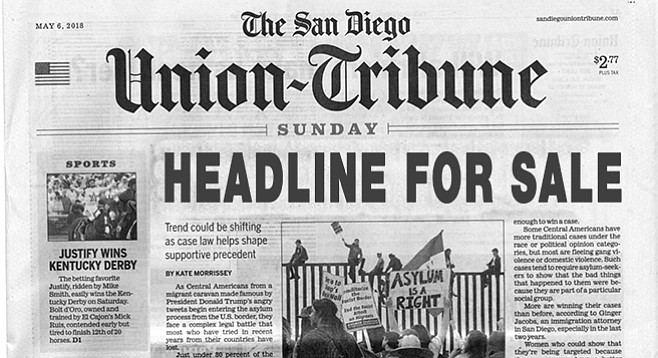 SDSU’s costly Confucius Officials at San Diego State University have had to address negative findings made by state university system auditors about cost overruns plaguing campus construction projects. “We found that although one of the contractors proposed a fee of 4 percent for overhead and profit in its winning bid package, this fee percentage was determined to be inadequate for use with the projects actually performed,” per a March 19 review of SDSU construction arrangements for the Confucius Institute and Open Air Theatre. 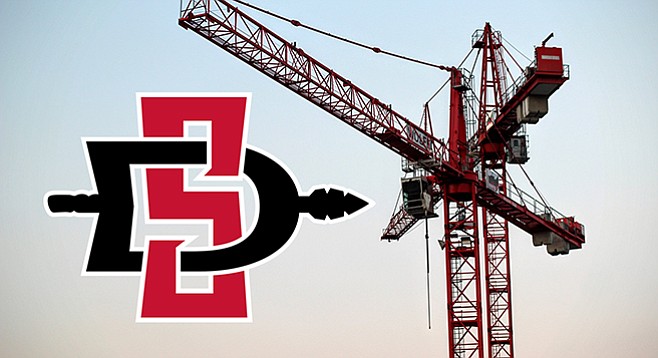 Overhead on the projects ended up pegged at 13 percent, according to the report, and change orders soared. “For all four items we reviewed relating to general contractor change order work, supporting documentation was inadequate to verify the labor costs charged. Additionally, we noted that the hourly labor rates used were inflated, as they included mark-ups such as fees and liability insurance.”

Taxpayers took a hit as a result of the mismanagement. “One change order totaling $256,229 was not approved by the vice president of business and financial affairs. The absence of proper approval of change orders increases the risk of errors, misunderstandings, and miscommunication regarding rights and responsibilities and may result in unwarranted changes and excess charges.” On top of that, “The campus did not request that the contractor return the general contractor’s fee on unused allowance balances for the Confucius Institute or Open Air Theatre projects,” as required. Also, “the campus did not retain conflict-of-interest and confidentiality statements for committee members involved in the selection process of the general contractor,” another requirement. 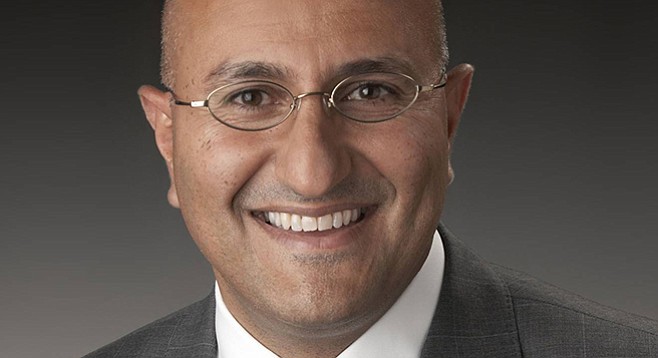 Cox’s May Day flip-flop After filing an April 4 San Diego lobbying disclosure made under penalty of perjury that the company was working to oppose so-called net neutrality, cable giant Cox Communications has pulled a switch. Following an April 10 write-up on the controversy here, a May 1 amendment by the firm dropped the net neutrality reference and declares instead that Cox is lobbying against “regulation of broadband services pre-empted by federal law.”

Four Cox influence peddlers — among them Southern California region manager Sam Attisha, who since 2007 has contributed a total of $21,250 to city campaigns, including $2700 to councilman Chris Cate and $2850 to mayor Kevin Faulconer — are listed as meeting with a host of city officials on the matter. Among those city employees on Cox’s lobby list were Faulconer staffers David Graham, Hilary Nemchick, Almis Udrys, and Elyse Lowe, as well as Cate and councilman Chris Ward, whose campaign picked up each $550 from Attisha and the company’s then-general manager David Bialis in June of 2015.

This past January, the city council’s Economic Development and Intergovernmental Relations Committee voted 3-0 to request Faulconer to “examine [the] process for the establishment of community/municipal broadband, including feasibility, opportunities, and barriers,” then come back with a report. The action was taken in response to a request by City Heights attorney John Stump for a ballot measure encouraging city hall “to gradually develop complimentary alternatives to sole source monopolies for the internet.”

Hark, it’s $40K A display advertisement for SoCal Gun in April 30’s Union-Tribune sports section reminds readers that “assault weapons deadline is 6/30/2018” Also in U-T news, the paper has just rolled out a new method for those with plenty of cash to commission stories for its pages. “Be a newsmaker with the NewsGig and the San Diego Union-Tribune!” the paper currently advertises. “NewsGig gives you access to the best professional writers in San Diego and placement on sandiegouniontribune.com.” A footnote advises that “paid items in the San Diego Union-Tribune are labeled ‘advertisement’ or ‘paid post.’” Prices currently offered range from a Brief of 300 to 500 words, costing $50 to $199 to a Plus, up to 1500 words for between $500 and $999. “Sit back while writers contact you about your project,” the ad concludes... Republican state board of equalization member Diane Harkey, a candidate in next months’ crowded primary to replace GOP congressman Darrell Issa, has come up with some love for the San Diego County Republican Party in the form of $40,000 from her 2018 state campaign re-election fund. The April 27 contribution was disclosed in April 30 filing with the registrar of voters; the endorsement came April 9.

So SDSU has huge cost overruns and conflict-of-interest issues ("Also, “the campus did not retain conflict-of-interest and confidentiality statements for committee members involved in the selection process of the general contractor,” another requirement.") on a modest sized construction project, and they are telling us they are the best choice to oversee a massive redevelopment of the SDCCU stadium property with the SDSU West initiative? How many millions, or tens of millions of dollars would that end up costing taxpayers?

With all the high paid administrators one would think that we could get something for their bloated salaries.

Let voters beware who have to decide in November on those competing ballot measures between SDSU and SoccerCity about developing land in Mission Valley. Personally, I'm going for the original SoccerCity proposal, offered by successful entrepreneurs with deep pockets, initiative and vision. No McCronies, no sweetheart deals with low bids and high cost-overruns, no taxpayers left holding the bag.

"NewsGig" takes advertorial sleaze to a whole new level. Pretty soon the front page of the U-T will be for rent.

I thought it already was.

It pays the rent until Dr. Patrick Soon-Shiong takes possession. We hope that will be very soon.