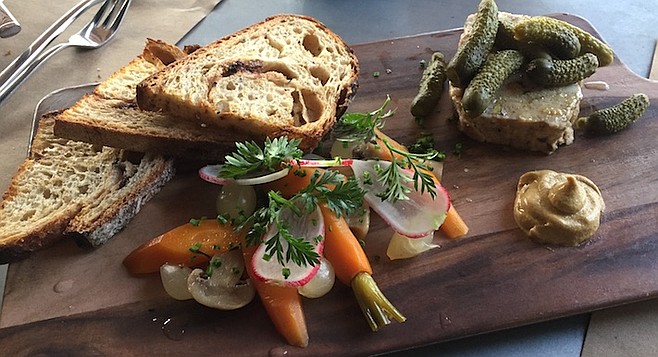 I like making a dinner out of happy hour or, as the French would say, making un apéro dînatoire. That is, to sip, socialize, graze on a variety of offerings over time, and leave content but not overfull. 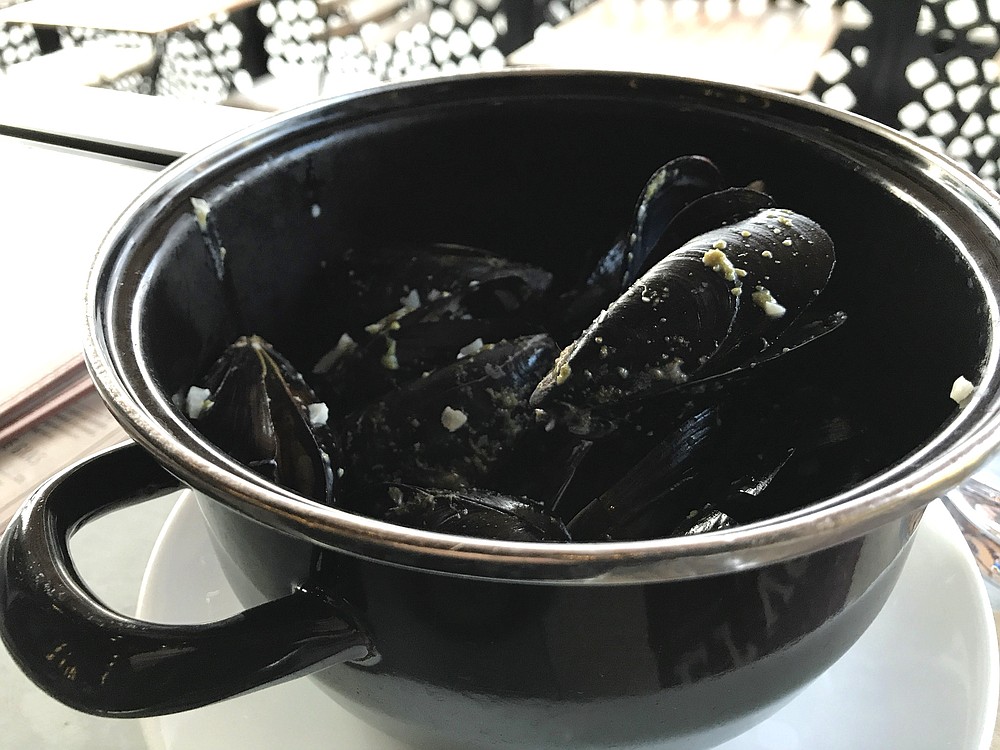 Mussels in a black pot, served sans fries or bread

Et Voilà French Bistro is a slice of Paris on Adams Avenue, and offers up classic French bistro fare with aplomb. If you go on a Tuesday, you get the happy hour menu (from 4:30 to 7pm) and the Crêpes Tuesdays menu, featuring sweet and savory crepes. On this recent Tuesday, I decided to let my drinks mirror my plates — I chose a flight of four red wines ($15). 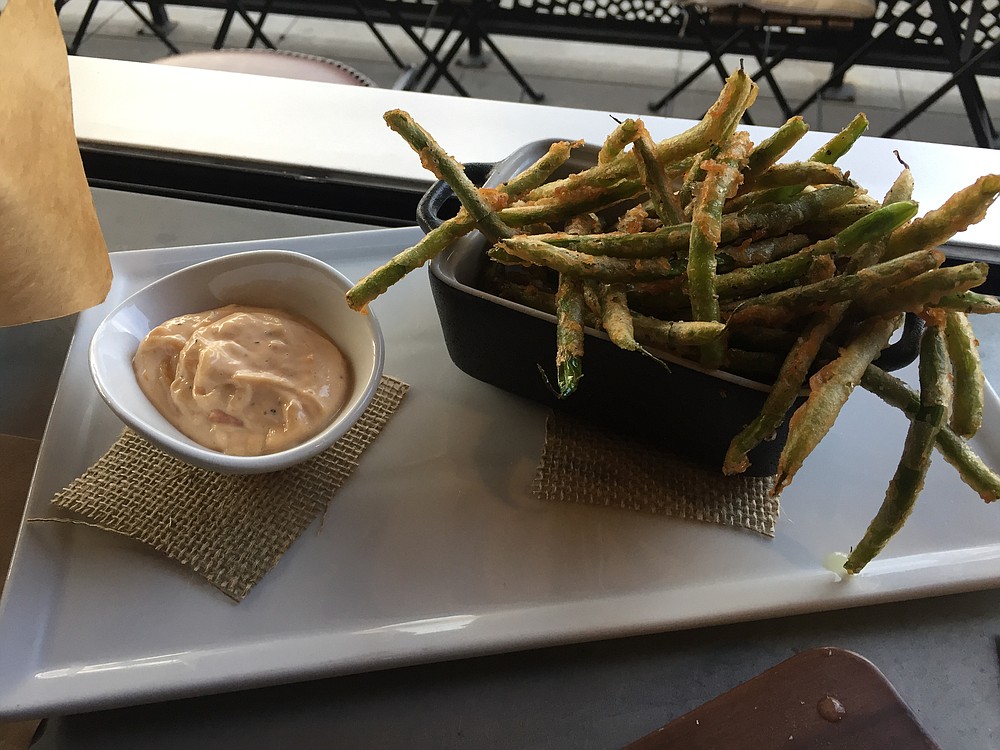 As for food, we began with the pork terrine (terrine de porc, $9), which is a housemade pork and pistachio pâté served with pickled vegetables and dijon mustard. It comes with fig bread, but I liked it on the fresh baguette ($2). The terrine is a mound of gherkins atop the meat and the rest of the veggies (carrot, mushroom, pearl onions, and radishes) are in a pretty little pile of their own. Unlike a liver pâté, which can be too creamy for my tastes, this country pâté version is more coarse and dry, closer to a slice of meatloaf. 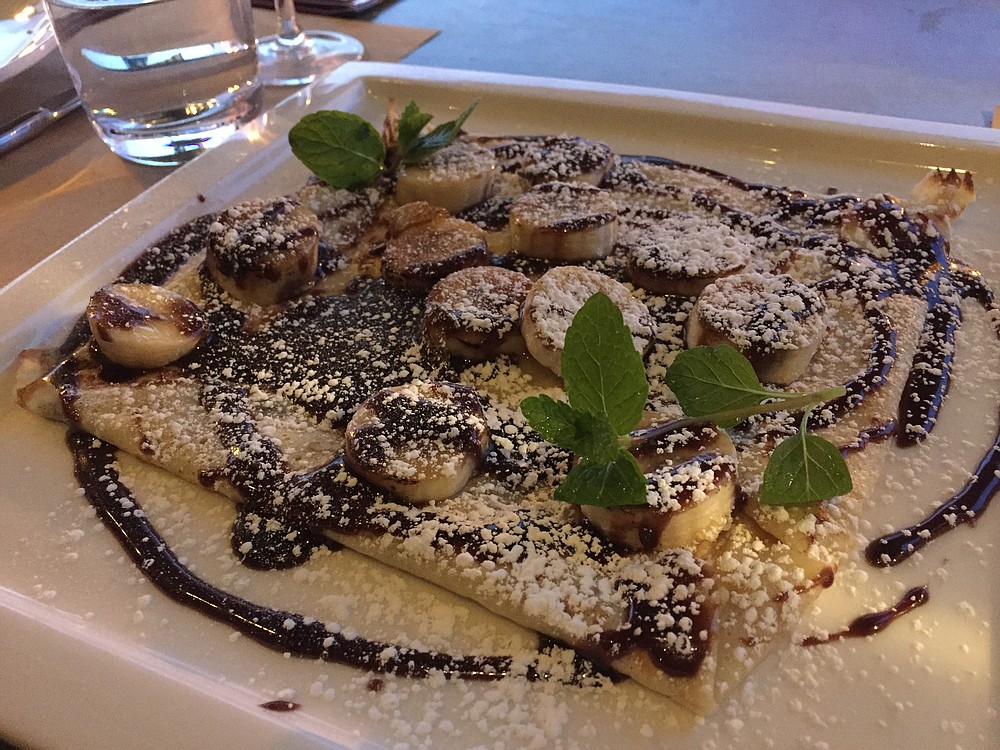 David ordered the Moules Mariniére ($11), comprising Washington State Penn cove mussels in a garlic, parsley butter, and white wine sauce. This dish did not come with bread or frites, but we had already ordered the baguette, so David was able to make the most of the sauce which, though enjoyable, did not best his favorite mussels down the street at Bleu Bohème.

We got the green beans tempura (beignet d’haricot vert, $7). They’re served with tomato-basil aioli, though I preferred them without. The green beans were fresh, and the the fried coating was light and crispy, making them fun to snack on.

In the end, we went for a sweet crepe — Banane-Chocolat ($9), with roasted bananas and warm chocolate sauce. Different than the French street style, here the bananas and chocolate were served atop the crepe, rather than inside. But the flavors were the same, as luscious as you'd expect caramelized bananas and warm liquid chocolate atop a paper-thin pancake to be.