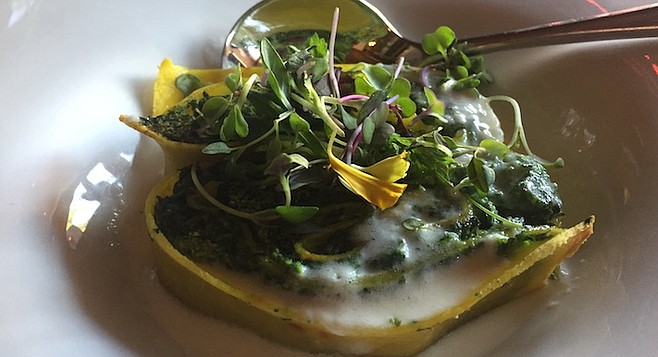 San Diego has a world-famous chef, and I don't mean any of the usual Food Network suspects, who are known for their TV personalities. Last year, Chef Accursio Lotà of Solare Ristorante snagged Best Chef in Barilla’s Pasta World Championship in Milan.

Then this year, Solare received the Tre Gamberi (three shrimps — Italy’s Michelin stars) award. And during happy hour at Solare, you can sample the chef's dishes for $5 a plate. 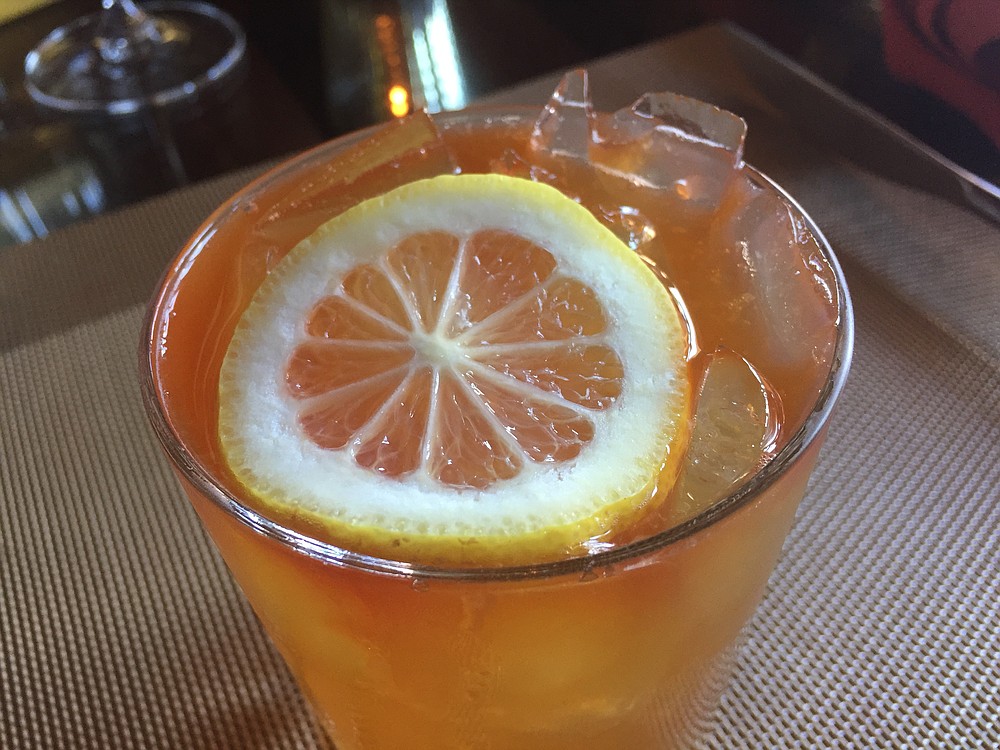 Happy hour at Solare is a generous 3 to 6:30 pm Tuesday through Saturday, and 4:30 to 6:30 pm on Sunday. In addition to $5 small plates, there’s $2 off all cocktails and beer, and a selection of $5 red and white wine. On this sunny San Diego afternoon, I opted for the Ginger Sicilian ($7 at happy hour prices), a refreshing beverage citrus and enough of a ginger bite, with bourbon, Averna, ginger beer, lime, and aromatic bitters. 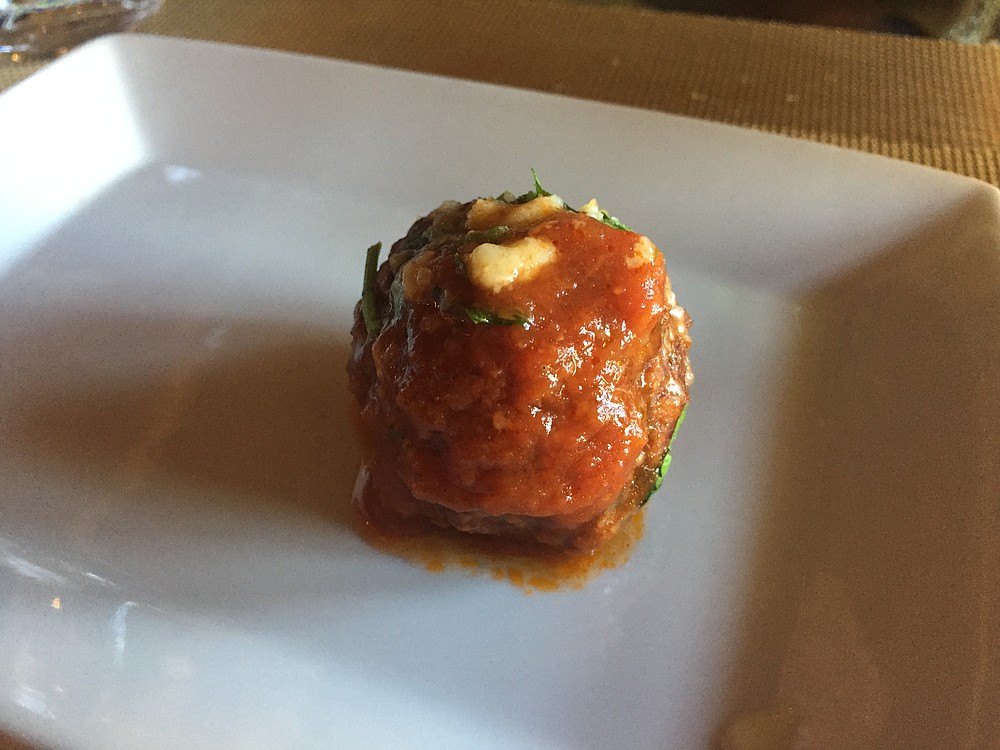 Meatballs, small but packed with flavor

David, my constant companion, got the Voltaire St. Cocktail, with bourbon, Bianco Vermouth, Leopold Aperetivo, lemon, and aromatic bitters. He said his cocktail balanced sweetness, bright citrus, deep flavors, and was refreshing. Rather than tasting around the menu as is his custom, he ordered another of the same. As did I. 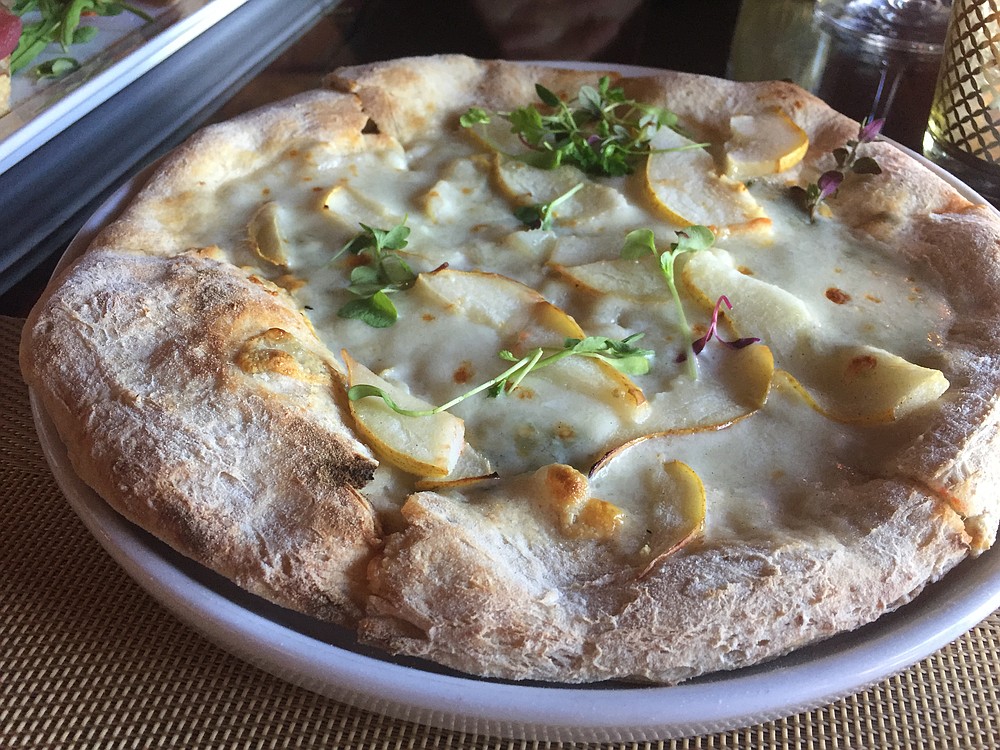 On the food front, we began with a Solare classic, an Accursio dish called Nidi di Rondine all Erbette, which translates into “herb swallow’s nest.” The whirlpool-shaped pasta is filled with arugula, spinach, and ricotta baked and served with a Parmigiano Reggiano fondue. 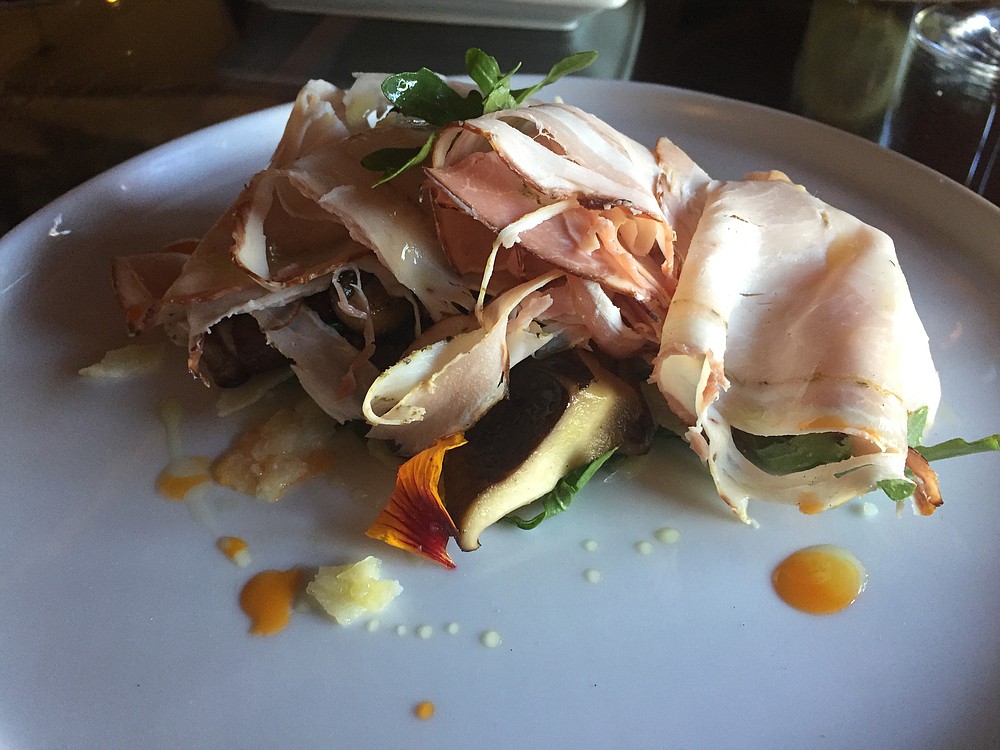 The meatballs, or polpette, were two tablespoon-sized mixtures of veal and beef with Parmiggiano Reggiano and breadcrumbs braised in a succulent, rich tomato sauce.

I’d recently learned about a new dough technique Accursio was implementing for the pizza. I got the Bartlett pear and gorgonzola version (also $5). The chef used stone-ground flour that includes the entire wheat berry. The dough at first is coarse and difficult to work with, but he ferments it for 36 hours, which gives it a soft, chewy texture, and a tart sourdough flavor.

We lingered long enough for the dinner hour to begin and broke free of the happy hour menu to sample one of Solare’s This Week Only dishes, a plate of shiitake mushrooms and thinly sliced Porchetta. Also on the dish was peppery fresh arugula and shaved parmesan, which mingled well with the earthy mushroom and savory Porchetta.