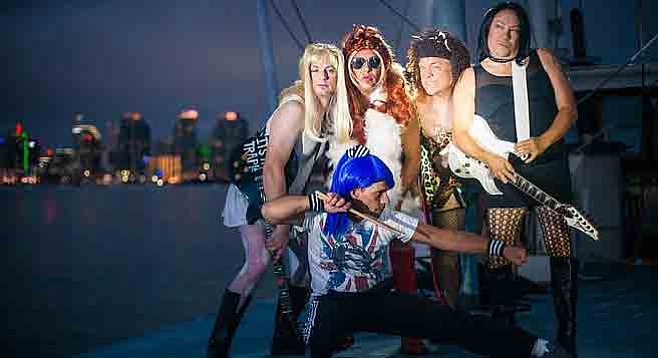 The release party for Punchcard’s new full-length, Making It Great…Again, takes place Friday, March 30, at Til Two. “The album focuses on the idiocracy of the American public,” says singer-guitarist Chris Vanoli, “allowing Donald Trump to become president, only to endure countless fallouts from the lies and deception of a truly greedy corporate leader.” The bill includes MIT.

The Spice Pistols (five middle-aged men in drag mashing the Spice Girls and the Sex Pistols) will release their debut album at Brick by Brick on March 31. “Rikk Agnew from the Adolescents and Social Distortion will be sitting in as Slosh Posh Spice that night, playing lead guitar for the whole show,” says bassist Sppike Mike Muellenberg. Electric Mud and Brett Ellis open. 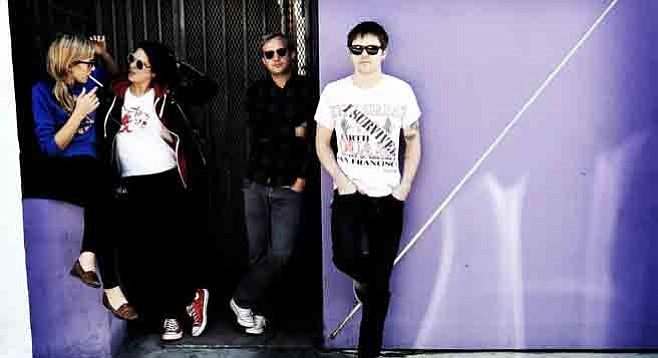 Jazz percussionist Nathan Hubbard’s free jazz project Translation Has Failed drops a new full-length, Isolation Clause, on April 1. “The record was written in a day on the road between Arizona and California, and recorded over the following couple weeks last December,” says Hubbard. “All the field recordings, including trains on the 238 [and a] wind storm in San Diego, were recorded over that period as well.” 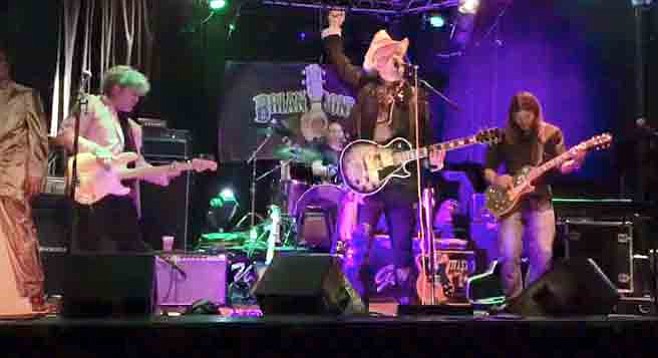 Teenage Burritos play a release party for Something to Cry About at Soda Bar on April 14. “It’s our first show in almost a year,” says singer-bassist Kirsten Gundrel. In a nod to the cover, which features John Lennon getting his head shaved, “We’ll be doing a Beatles cover.”

Brian Jones Rock ‘N’ Roll Revival premiers a new album, Save Your Soul, at Winstons on April 14. “The songs are a throwback to a distant time, when acoustic blues were played on front porches,” according to singer-guitarist Jones, who says guest players for the record release party will include Joe Guevara on piano and Renato Rodrigez on bass. 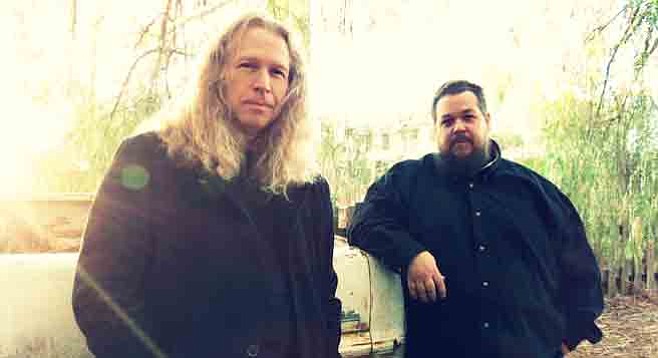 Berkley Hart will celebrate the release of their 11th studio CD, While the Night is Still Young, at Poway Center April 14. It doubles as the duo’s 20th anniversary celebration. “In the first set, we’ll re-create our first record, Wreck ‘n’ Sow,” says Jeff Berkley. “In the second set, we’ll do faves from the ten records we have and the new songs.”

Her Highness, the new weed-inspired EP from Abby Dorsey, aka comedic rapper MC Flow, sports songs about things such as medical marijuana. “This is a very exciting time in California, cannabis is going mainstream,” says the frequent San Diego Music Award honoree, whose video for “Welcome to the Dispensary,” was filmed locally at the state-licensed Urbn Leaf pot shop where, as she sings in the song, “You might walk in but you’re gonna’ fly out.” The EP release party happens April 20, aka 4-20, during the Bayked festival at downtown’s Embarcadero Marina Park North. Other locals on the bill include hip-hop collective Vokab Kompany and reggae rockers Crucial Blend.

Also due this month is a new solo EP from Matt Rhea, Meh! “I had a handful of goofy home recordings that had been collecting dust for several years that I probably originally intended to be rearranged and played by my band, Manganista,” says Rhea, “but, for some reason, we just never got around to them. With the exception of a little cleaning up, I decided to just release them as is before I started hating them. Since I'm not over the moon about these songs, but don't quite hate them yet, 'Meh' came to mind as a funny title.”