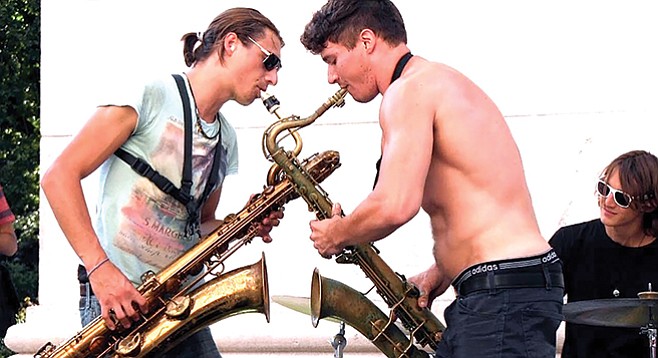 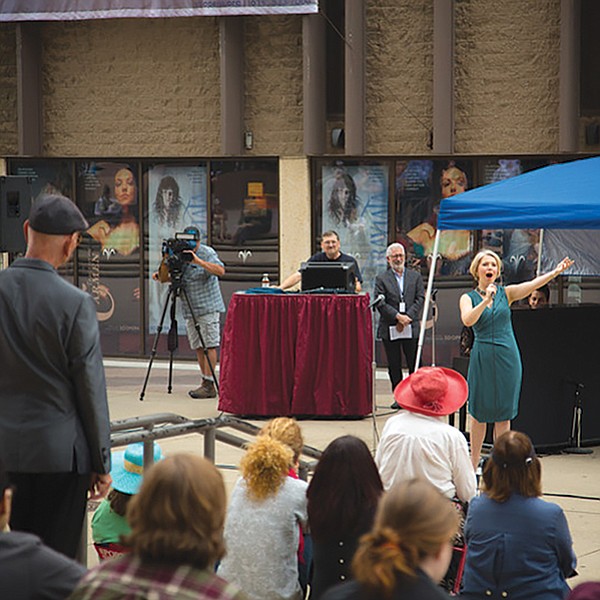 FREE OPERA ON THE CONCOURSE

Florencia en el Amazonas. Opera diva Florencia Grimaldi returns home to the Amazon to perform and dreams of finding her lost lover, a butterfly hunter who has disappeared into the jungle. If the weather is inclement, cast and audience will move inside the theatre 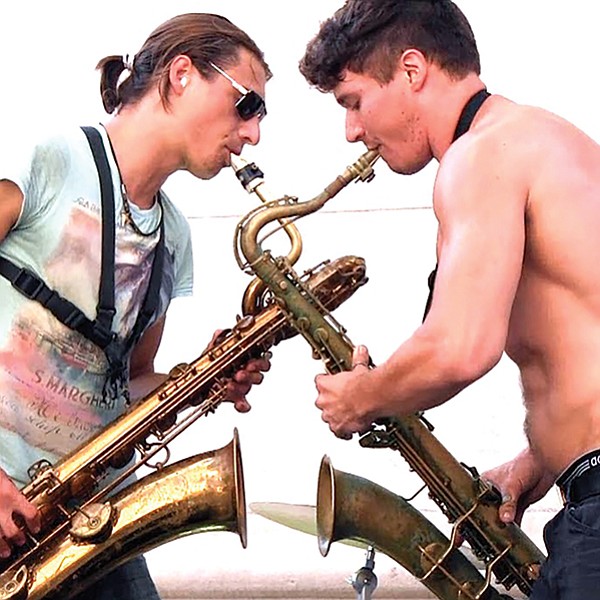 In a marketplace obsessed with drum ‘n’ bass, few dance acts incorporate the sax as a lead instrument, let alone two saxes, leaving a nearly unexplored subgenre to Brooklyn trio Moon Hooch. Their self-titled 2013 debut was embraced by jazz fans, who bought enough copies to propel it and their sophomore release to the top ten of the Billboard jazz charts, Their appearance will be opened by Michigan alt-Americana band the Accidentals. 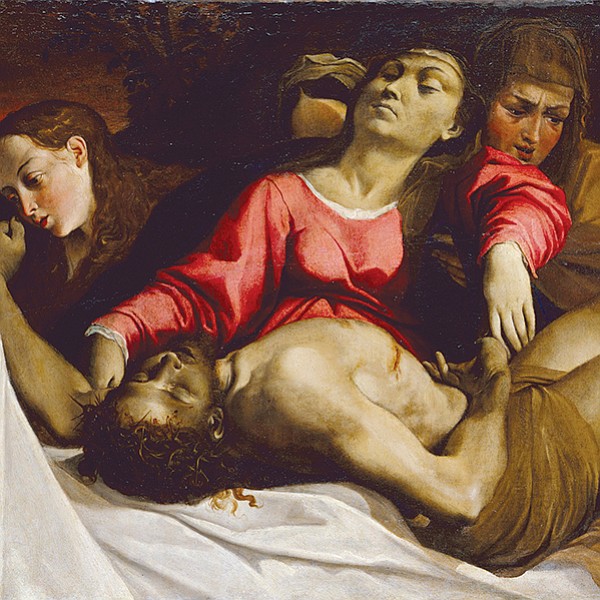 The Lamentation by Carucci

The annual presentation of Haydn’s epic masterpiece, The Seven Last Words of Christ will be accompanied by spoken, chanted and sung settings of the scripture upon which Haydn based each of the movements of this work. Originally commissioned for a Good Friday service in 1783, it was adapted for string quartet by the composer and has become an Easter-time tradition.

This concert will be open to the public with a name-your-own ticket price. 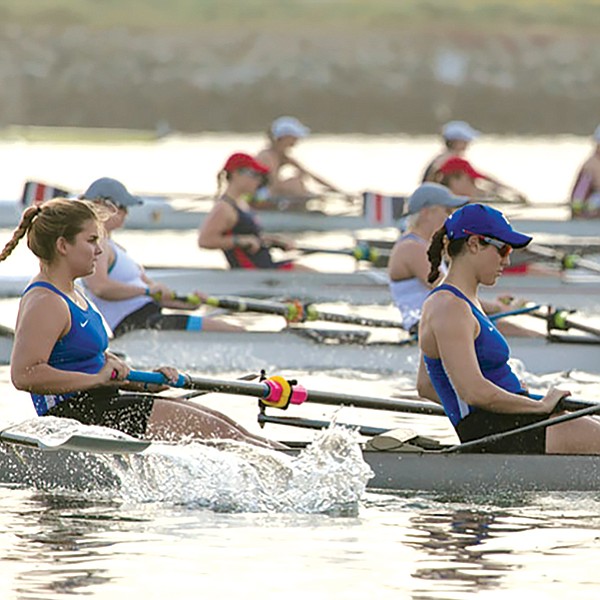 The Crew Classic helped shift the balance of rowing programs.

The Crew Classic helped shift the balance of the “powerhouse” rowing programs to include West Coast crews. In 1975, the Copley Cup was established and became the grand prize for winning the premier men’s collegiate race. The Copley cup today is adorned with the names of Harvard, Washington, Penn, Cal, UCLA, and Stanford. 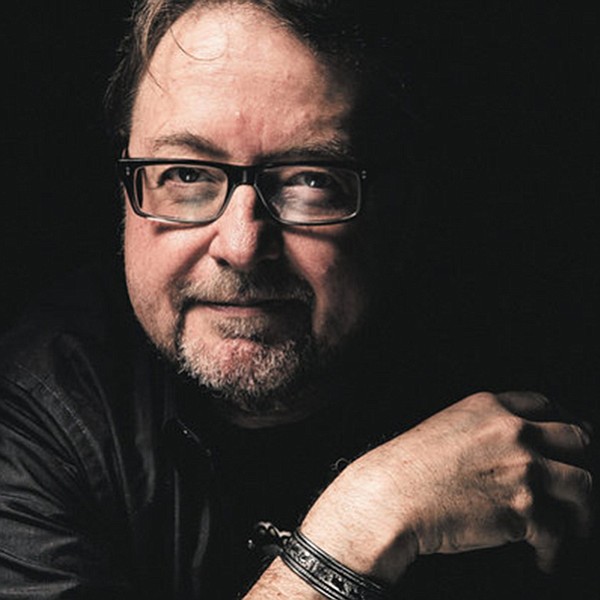 Luis Urrea grew up in Tijuana and San Diego.

Urrea will discuss and sign his new book The House of Broken Angels. A finalist for the Pulitzer Prize for his landmark work of nonfiction The Devil’s Highway, Luis Alberto Urrea is the bestselling author of the novels The Hummingbird’s Daughter, Into the Beautiful North, and Queen of America.

Urrea grew up in Tijuana and San Diego and wrote stories for the Reader, including a series on the Tijuana dump inhabitants, his Mexican family, vagaries of border Spanish, drug addicts, Tijuana cops, Logan Heights, his return to Tijuana as a novelist, and an unpublished novel, Dalton’s Luck.