San Diegans who got religion 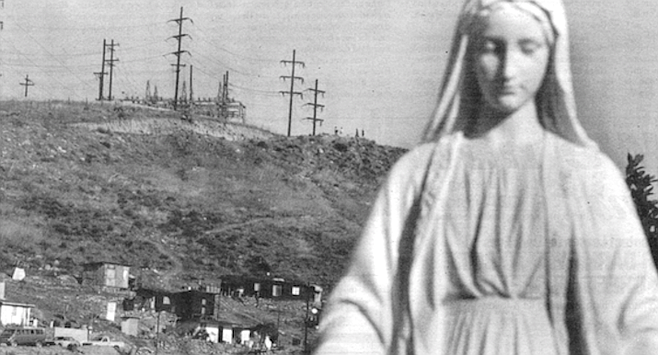 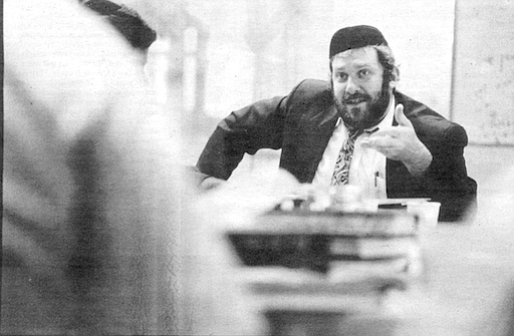 Rabbi Jeff Wohlgelernter, descendent of the Seer of Lublin, a holy mystic

California Jew returns to the source

He began to read anything and everything he could about religion and religious experience, books by Hindus, Catholics, Jews, and Moslems, books of Western and non-Westem cosmology; books by mystics and about mystics. He made appointments with people who taught religion at the university. He asked them earnest questions. Although they seemed to envy his experience — they’d only read about such things in William James — they didn’t know how to advise him. He kept asking. 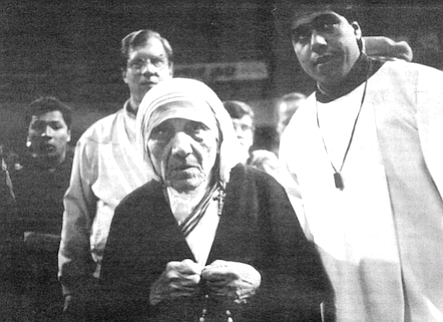 Mother Teresa, Tijuana, 1990. While Mother Teresa was in Tijuana, lots of new volunteers from the States came down.

One afternoon I was helping the brothers and the father dispense extra food to people from the surrounding colonias. I was helping pass out sacks of grapes and tomatoes, certainly not deluding myself that I was acting out of charity. I get paid for writing. The food wasn’t mine. I’d only chosen to work because I felt too restless to stand around watching. Still, I got as happy as I’d been in years, maybe ever. 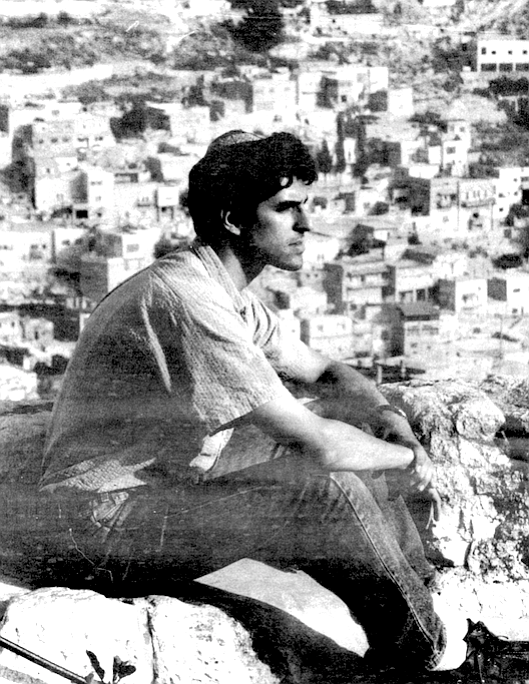 “I kept waiting for the Patriot missiles. When the Patriots would go off, we’d feel them."

San Diegan discovers himself in Israel

In the early 1980s you may have seen Matt Wagner surfing every summer day on his white longboard off Law Street in Pacific Beach. Or, on Friday or Saturday nights, as you wandered along Prospect Street in La Jolla, you might have seen him breakdancing in a shiny blue-and-red polyester jogging suit with a six-man multicultural crew. Wagner and his cohorts practiced their moves every week in the rec room of a La Jolla Baptist church. 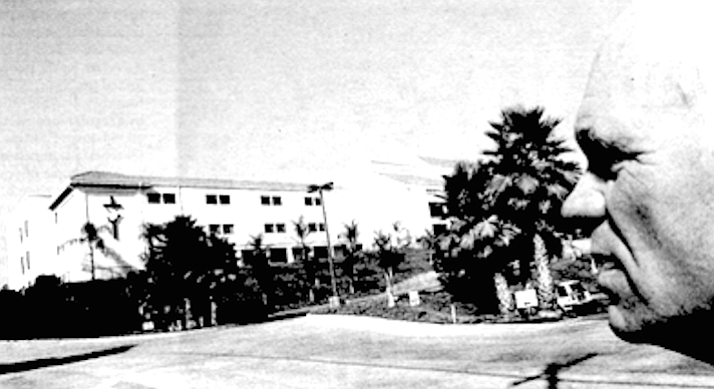 Inside Faith Chapel and through the Akiki trial

I wanted to jump up and shout the truth, that several thousand people go to Faith Chapel, and lots of them might believe in literal demons, while others would take a more psychological angle, and others like me would consider themselves too simple to comprehend such mysteries. Still, had somebody suggested we go into these rooms and pray that they be cleansed of any wicked spirits, I’d have replied, “Sure. Why not? It couldn’t hurt.” 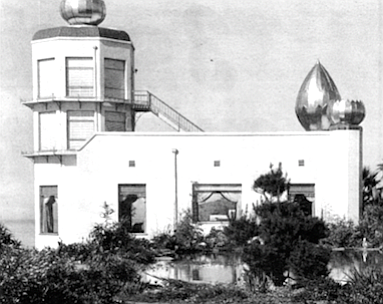 Enigma in a turban

Darrough says he’d met Yogananda a number of times at the truck stop across Highway 101 from the Fellowship property. “He used to go over and visit with the people in the restaurant. Oh, he was very personable!” recalls the retired construction supervisor. But Darrough says what really brought him and Yogananda together were the swami’s mounting concerns during the winter of 1941 -’42. Storms that season were fierce. 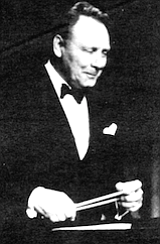 Darwin Gross. Gail, after Twitchell’s death, married his successor, Darwin Gross, in a Dynasty-like power play that troubled and thrilled the faithful.

The fraud that is Eckankar

Twitchell claimed, a 500-year-old Tibetan monk, Rebazar Tarzs, appeared to him and instructed him to move to San Diego. Twitchell was living in Point Loma in 1965 when he started teaching workshops and selling booklets on how to leave your body. On October 22, 1965, Twitchell claimed to have received the Rod of Power from Rebazar Tarzs, becoming the 971st Living Eck Master. Eckankar, the Ancient Science of Soul Travel, was officially founded. 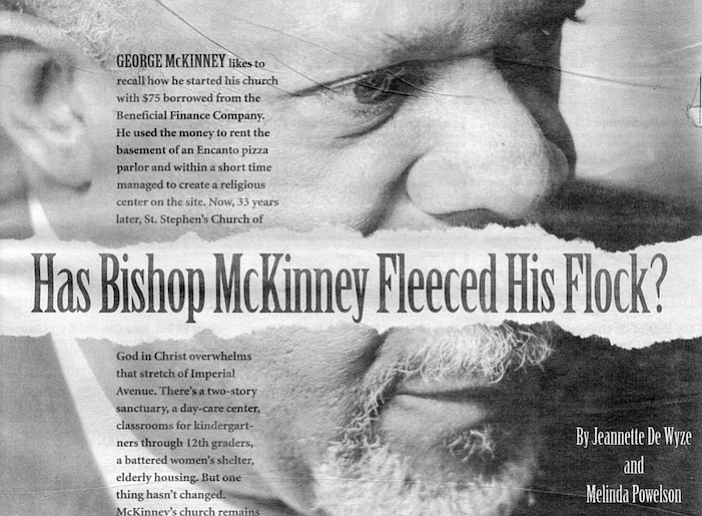 McKinney: "That Lexus was not my idea. The church leased it for me as a birthday gift.”

Has Bishop McKinney fleeced his flock?

Along with his own suffering, McKinney seems to acknowledge that some of the people whom he’s inspired to help him implement his visions have suffered. Checks have bounced, he concedes. Taxes have gone unpaid. People who’ve made him loans haven’t gotten their money back. Have the laudable ends that he has accomplished justified the means? “That’s a good question,” he replies, looking grave and reflective.