There is only one thing a Ferrari attracts: other dudes 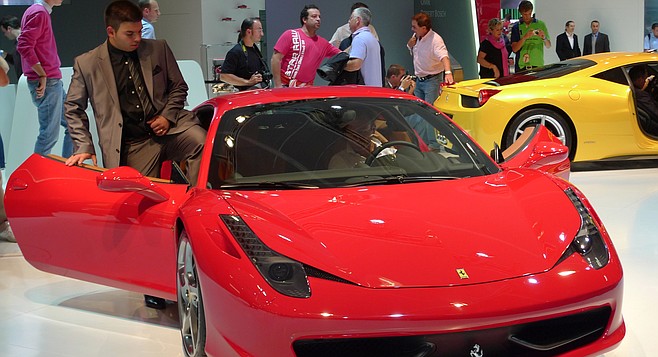 Dear Hipster: What is the deal with advertising to hipsters? I would think that hipsters would be immune from marketing ploys, if for no other reason than hipsters wouldn’t want to purchase something so mainstream as to be widely advertised. — T.J. (not from TJ)

Might as well double down on the old Ferrari similes today. In this case, it’s more like how some dude might think he’ll buy a Ferrari to attract girls, but in reality there is only one thing a Ferrari attracts: other dudes.

Here we have manufacturers and marketing firms desperately trying to woo the hipster consumer, but hipsters resist advertisements for several reasons:

(2) Many hipsters work in marketing and advertising, thus remaining immune to the lure of a well-designed ad; and

(3) At its most basic, the hipster lifestyle epitomizes anti-consumerist sentiments, relying instead on word-of-mouth and underground popularity to promote services and products to the hipster audience.

For these reasons, despite their attempts to liberate hipster dollars from the hand-embroidered duck-tape wallets wherein such dollars hide, the only thing advertisers are attracting is non-hipsters who desperately want to be more like hipsters. Although, perhaps the joke’s on us in the long run, and the clever ad gurus were just trying to rope in the hipsters the whole time by promising them a commodity-driven hipster experience. That would be both smart and delightfully ironic.