If you have to ask about the cool thing, then you're probably not sufficiently into it 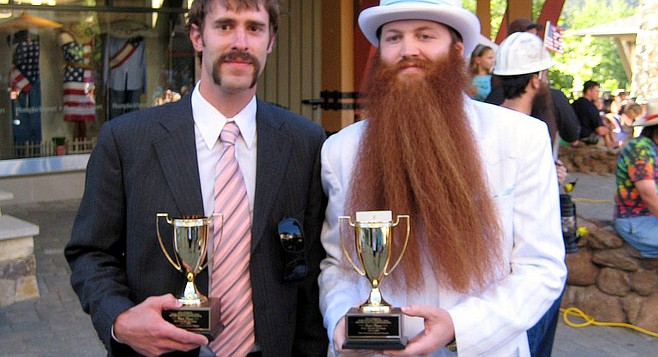 Hipster: So, are there any notable hipster events held anywhere? Craft-beer festivals don’t count. Beard contests, obscure craft hobbies and art on display, booths with books of unheard-of authors, single-speed bike races? I think this is starting to sound like a circus. Or maybe you get pieces of this on different days of the week if you live in the right place. Your thoughts? — I only do half names. Full name withheld.

Rest assured, all of those things that you wanted to know whether or not were actually things are actually things. The World Beard and Moustache Championships roam the hipster globe, drawing tens of hipsters every other year to hipster locations, such as Austin, Texas, where they compete for, if neither fame nor glory, at the very least some kind of trophy.

We lowkey already have single-speed bike races right here at the SD Velodrome, which routinely attract hipster spectators, including yours truly if the weather is nice; and if you routinely lurk around Retrogression Cycles, you will eventually hear about the underground, streetside version.

Much as I hate to sound like a total cynic, in the era of Netflix ubiquity, doesn’t every literary event contain booths with books by unheard of authors?