This week: cherry blossoms, daffodils, and lots of beer

Plus a giant “holistic health party,” otherwise known as a yoga festival 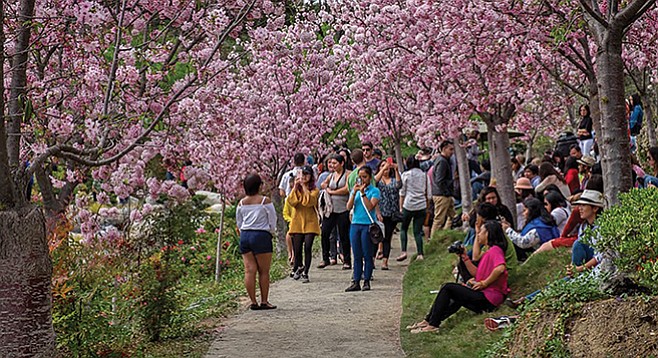 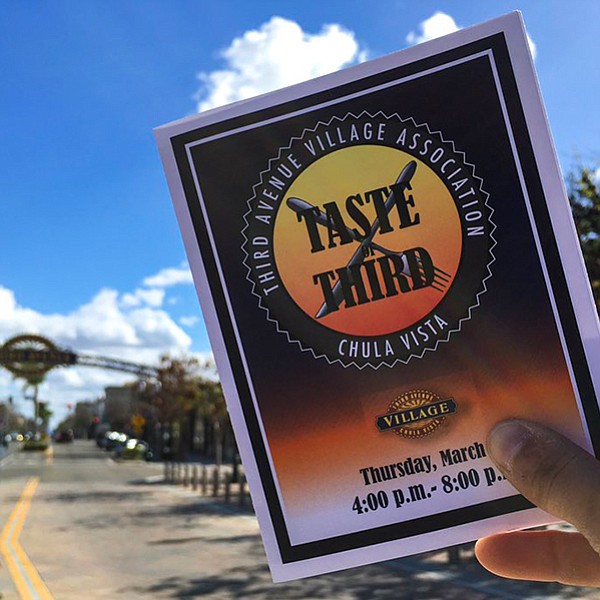 Sample signature dishes from Chula Vista eateries on Third Avenue. New this year for the 21-and-up crowd, a ticket includes tasters at participating breweries, cocktail lounges, and bar-restaurants. Favorites La Bella Pizza Garden, California Sushi, and Italianissimo Trattoria return, while Groundswell Brewing Co., Bar Sin Nombre, Thr3e Punk Ales, and the Gentle Penguin are new for 2018. In all, samples from over 20 places. Musicians and magicians fill the trek with entertainment. 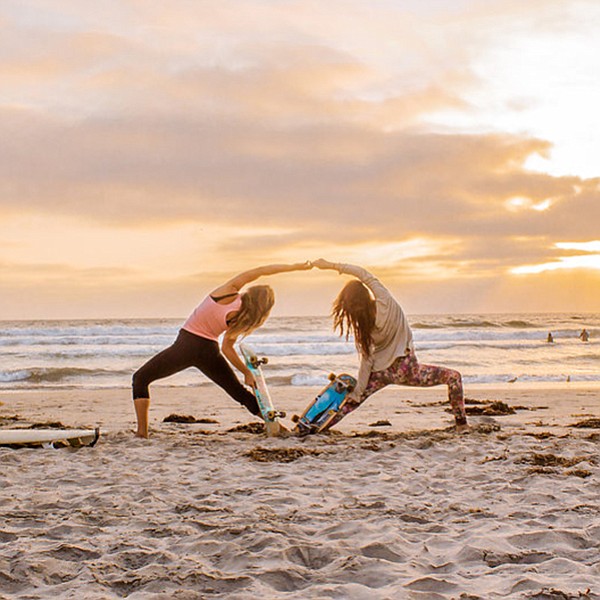 “A holistic health party” created by Shawna Schenk. Features nonstop yoga and holistic healing classes held on the beach until sunset for four days, offering almost every style of yoga known to modern yogis. The main part of the festival is Saturday and Sunday with calming yoga and meditation classes, classes with live DJs or music, and beginner-friendly to advanced classes in hatha, vinyasa, kundalini, bowspring, shakti naam, acro-yoga, yoga nidra, and partner yoga, plus workshops on holistic topics such as plant medicine and fermentation/gut health and surf lessons. 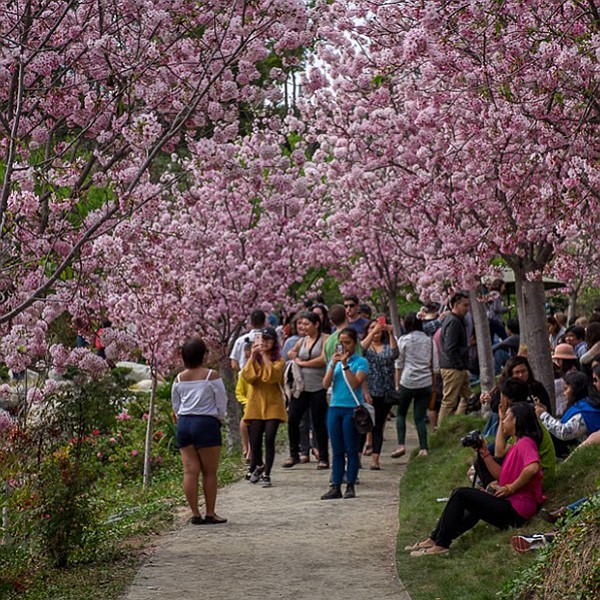 This year marks the Japanese Friendship Garden of San Diego’s 13th-annual cherry blossom celebration. Enjoy the Japanese custom of hanami, appreciating the beauty of cherry blossom flowers. Last year the cherry blossoms attracted over 12,000 people, and this will be their second year holding the festival over three days. Includes cultural performances and demonstrations and over 40 food and merchant vendors. New for 2018: a children’s area with an inflatable jump-house and crafts. Also on Saturday and Sunday. 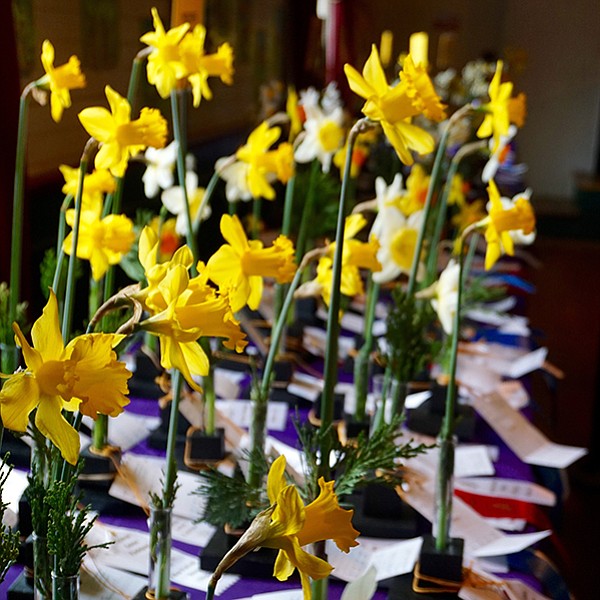 Pick the prettiest daffodil — 1000 on display in Julian

It’s Julian’s 14th-annual daffodil event, with over a thousand blooms on display. American Daffodil Society experts will be on hand to answer any question. The Julian Daffodil Project was started by Sally Snipes in 1990 as a memorial to her father. All profits from the sales of bulbs and items at the show are put back into the project. School children are involved in the area plantings, and now there are four million bulbs across Julian. Bring all daffodils for display and judging on Friday, from noon to 5 p.m. Event is Saturday and Sunday. 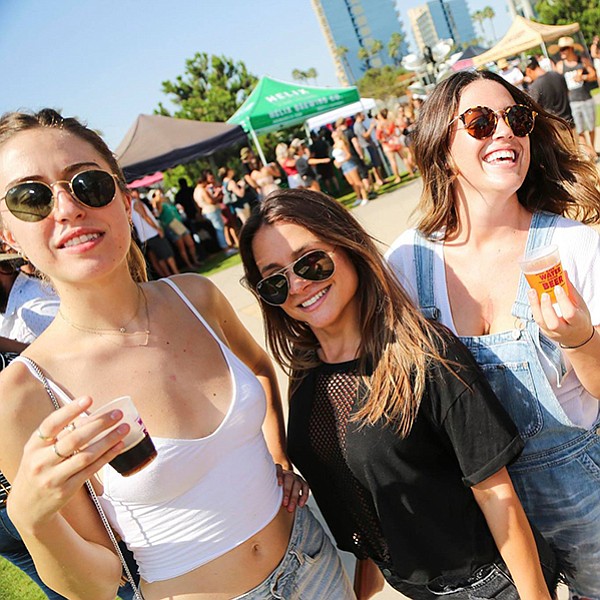 Unlimited samples of 50 beers at Humphreys by the Bay

“Craft beer, live music, and killer eats” are the draws. Unlimited samples of 50 beers from regional and national breweries while raising money for charity. VIP gets you in an hour early to sample ten limited-release selections. Music from Offspring Tribute, DJs, and Pop Punk Mayhem. The event is both indoors and out. 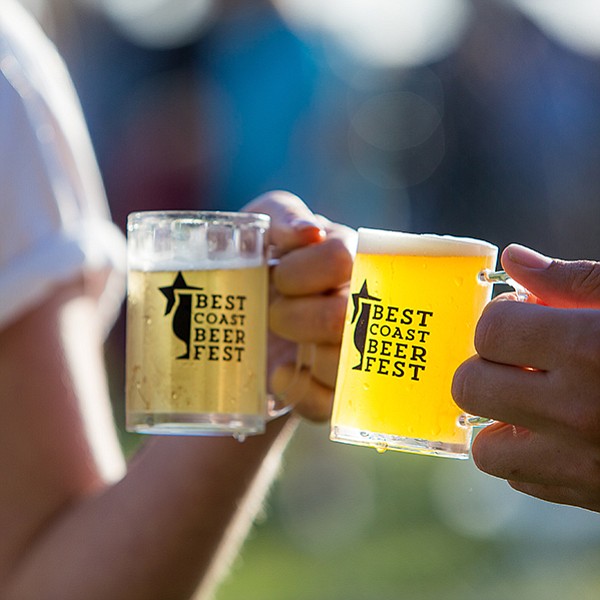 This one says it has beer “from nearly 100 West Coast craft breweries, local bands, and a food-truck alley. Every ticket sold helps a cancer patient.” VIP here also includes early entry, plus Glenmorangie Scotch tastings and executive-restroom access. If you have a designated driver, you could take the party to the Rock Star Beer Festival afterward (info above). 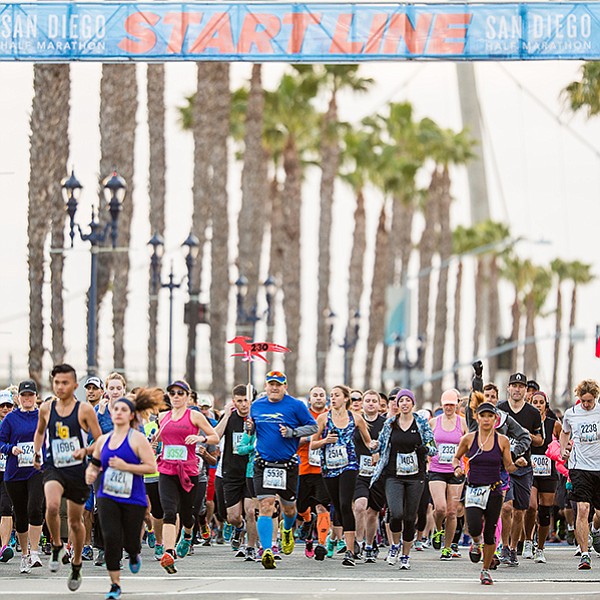 Run all over San Diego, with an “epic finish celebration” inside Petco Park

San Diego Half Marathon and 5K

The route begins between Petco Park and the San Diego Convention Center on Harbor Drive and continues with views of the USS Midway Museum, San Diego Bay, San Diego’s downtown skyline, Harbor Island, and Spanish Landing Park. You then make your way through Liberty Station, up Washington Street through Mission Hills and Hillcrest, and finally coast gradually downhill past Balboa Park, back into downtown for an “epic finish celebration” inside Petco Park. Distances include a half marathon, relay, 5K, or kids’ race.