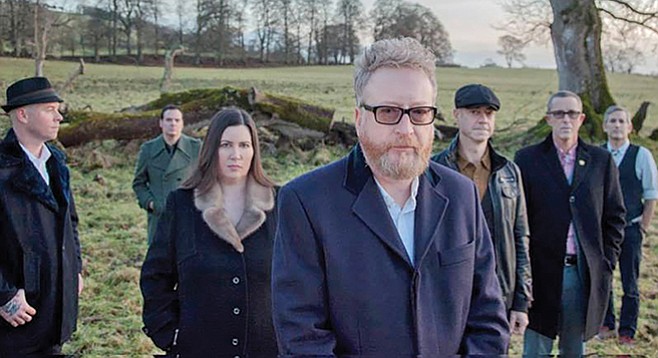 You could call this story “Just Being There.” It’s about how Matt Hensley, from Vista, went from pro skater to being a working member of Flogging Molly. “The only odd thing,” he says by phone, “is that I chose the accordion.” 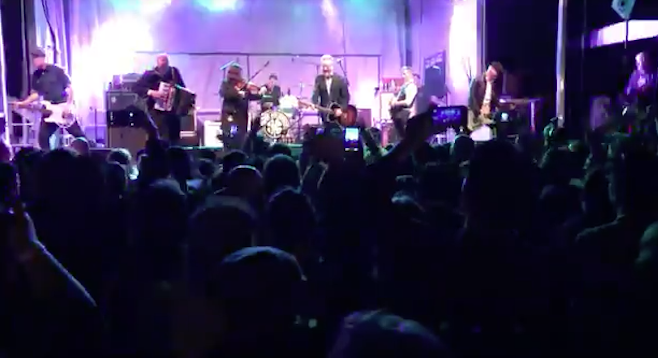 But Hensley’s mom’s side of the family is Scottish. He grew up with those traditional sounds.

“Then, at 17 or so, I got turned on to the Pogues,” a Celtic punk band. “Doing this music with this sort of angst, from that moment I connected.”

While out on skateboarding tours, Hensley tried out pawn-shop accordions. He bought one. He took lessons. He was hooked on accordion.

“I went to L.A. to a concert by a 12-accordion band, if you can imagine that, and after the show I went to Molly Malone’s,” a nightclub. Flogging Molly founder Dave King likewise happened to be there. Introductions were made. “I don’t think I looked like an accordion player,” Hensley admits. “I had tattoos. But he gave me a cassette of their songs, and he invited me to try out with them in Santa Monica in a couple of weeks.” It was 1996. Hensley was 26. 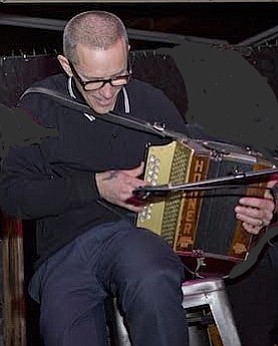 Dave King plays the bodhran, spoons, banjo, and guitar. He is originally from Dublin. King knocked around L.A. during the ’80s in metal bands before starting a Pogues-influenced band that played punk rock using Irish instruments. They got a residency at Molly Malone’s, a venue that is partly responsible for the band’s name.

The band has since released a handful of albums, but Flogging Molly is a life spent flogging the planet Earth.

“We are a for-real touring band. Four days ago, I was in Munich,” Hensley says. “Next week we fly to North Carolina to start the next tour. It can definitely kick your ass. You better love touring at its core. If not,” he says, “it could turn you into a blues player.”