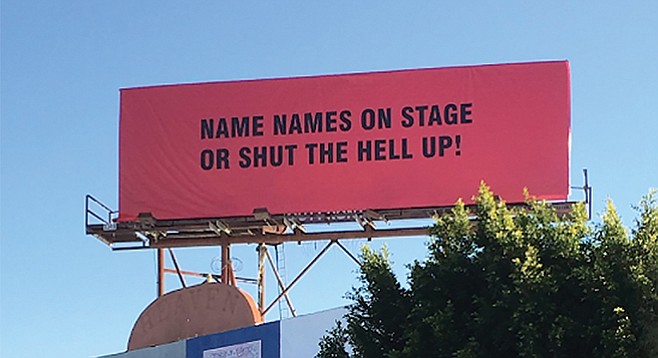 Jimmy Kimmel opened by calling for a night for positivity, so I will begin my coverage of the 90th Annual Academy Awards accordingly. (Not surprisingly, threats of controversy never materialized.) 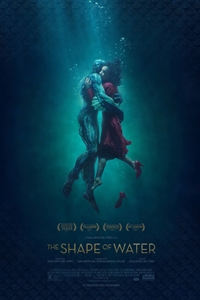 While accepting this year’s Best Supporting Actor award, Sam Rockwell remembered the day his dad showed up in the principal’s office “looking very sullen.” “‘We’ve gotta go,” he recalled Dad saying. “It’s grandma.” As he closed the car door behind him, the eight-year-old Rockwell asked, “What’s wrong with grandma?” “Nothing,” smiled Pop. “We’re going to the movies!” 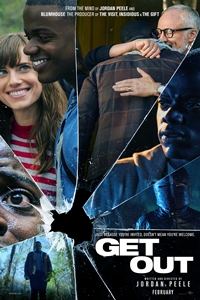 Other that being Disney pictures, what do Pinocchio, Moon Pilot, and Mary Poppins all have in common? Though the extraction wasn’t carried out with quite the same sense of drama as old man Rockwell brought, they represent at least three absent marks when Babe pulled little Scooter out of class for a day pass to see a movie. 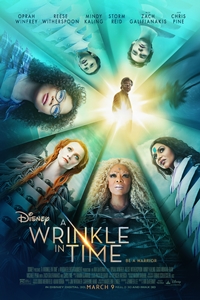 Jane Fonda can only wish that her last few scripts were as well structured as her white Balmain gown. She looked beyond glamorous. When Fonda and Helen Mirren took to the stage to present the Best Actor award, both women far outclassed the evening’s chintzy production design. The set answered the burning question, “What would Logan’s Run look like if it had swallowed Superman’s Fortress of Solitude whole?” Fonda took one look and likened the decor to the orgasmatron in Barbarella.

Eva Marie Saint moved the crowd with remembrances of her husband of 65 years — and regular Oscar night companion — who died last last year. She also stirred memories of a stunning black skirt with red roses stitched across it designed for her character in North by Northwest by Edith Head. And you can call him “Al,” or you can call him “Hitch,” but Ms. Saint is the first person I’ve ever heard refer to Alfred Hitchcock as “Fred.”

Two gown references in a row?! Let’s make it three: Rita Moreno was the only presenter to strike a dramatic pose when she took to the stage. It helped that the svelte Ms. Moreno was wearing the same black-and-gold dress she wore in 1962 when accepting her best supporting actress award for West Side Story. How many of us can still fit into an outfit we wore almost 45 years ago?

I was curious where the show would place Jerry Lewis in this year’s necrology. Whaddya know: they gave Julius Kelp the final word!

Okay, enough with the making nice. On to the gripes:

Kimmel joked about Oscar’s lack of manhood, but if the Academy really had balls they’d let Dave Chappelle and Tiffany Haddish co-host next year’s giveaway.

I had but one horse in the 2018 Oscar derby. What with all the talk of female empowerment and equal rights surrounding this year’s ceremony, Faces Places appeared to be a shoo-in for best documentary. What better way for Academy voters to honor a Grande Dame of cinema, one of the architects of the French New Wave, than by bestowing their award upon Agnès Varda (and co-director JR). The golden doorstop instead went to the Netflix sports doc, Icarus.

James Franco and Casey Affleck were sorta disinvited from Sunday’s ceremony based on reports of conduct unbecoming, while accused rapist Kobe Bryant and Gary Oldman (his first wife accused him of domestic abuse) both took home Oscar gold. Just saying. And while I’m on the subject of deservedness: Alfred Hitchcock, Jean-Luc Godard, and Jean Arthur never won an Oscar, but Kobe Bryant did. Blow out the pilot light.

If Vegas bookmakers had been setting odds on whether Donald Trump or Harvey Weinstein would be the first to feel the wrath of Kimmel, a wise gambler would have rightfully wagered their life savings on the billionaire game-show host. Sure enough, before the two-minute mark our host got off a crack that he felt certain would unleash a “tweet storm from the President’s toilet.” Trump has enough critics, and while I appreciate the sentiment, Hollywood had best tend to cleaning up its own shithole.

Kimmel was generally amusing, with many of the recipients playing along with his “shortest acceptance speech wins a Jet-Ski” schtick. His best line of the night came when referencing Barbra Streisand’s recent cloning of her dead dog: “In L.A., even our pets are remakes.”

The evening’s most gratifying moment came when — with 13 nominations to his credit — cinematographer Roger Deakins finally took home a golden statue with his name engraved on it for his work on Blade Runner 2049.

It almost became as fashionable to salaam fans as it did to slam Weinstein. When accepting his best original screenplay Oscar, Jordan Peele thanked everyone who bought a ticket to see Get Out. Kimmel went so far as interrupting a prearranged screening of A Wrinkle in Time being held in the adjacent TLC Chinese. What could have been an innovative moment on Oscar history fell flat due to faulty presentation. Like Scorsese’s entry to the Copa in Goodfellas, the brief trek from one location to the next should have been executed in one take and without commercial interruption. (That’s the difference between screen direction and blocking for the small screen, I guess.) Kimmel and a passel of stars barged into auditorium #6 (talk about shitholes) at around the 7 p.m. mark. Why didn’t they simply wait and start the movie after the surprise? Then again, what movie lover worth their popcorn salt attends a film on the one night of the year the Academy invites itself into their living room? Still, if I’m in mid-movie mode and all of a sudden the house lights go up and in comes Armie Hammer armed with a hot dog cannon, you can bet your life I’m going to be pissed.

Kimmel observed that the smell of recreational marijuana permeated the auditorium in which the Disney family film was being screened. And speaking of pot jokes, did you see the look on Steve Spielberg’s face when asked if he was carrying any herb? Can this guy roll with a joke or what?

They saved the biggest laugh of the night for the end. When Guillermo Del Toro took to the stage to accept the Best Picture Oscar, the director grabbed the envelope from Warren Beatty’s hand to make sure it had The Shape of Water printed across it and not La La Land.

Allison Janney saying "I did it all on my own" was a highlight. It amazes me no one has ever uttered if before on the Oscars even in jest.

I sincerely hope Kimmel is put out to pasture next year. I would prefer a female host - preferrably one with a non-talk show background (Whoopi, Ellen). Haddish is getting a lot of buzz but do we really need to see the dress again?

If you have it DVRed, watch the Best Picture again to spot the stage manager flailing his arms to wrap up the show and not allowing co-producer J. Miles Dale not to utter a sentence. Sheesh... it's the end of the show and now he's doing his job. 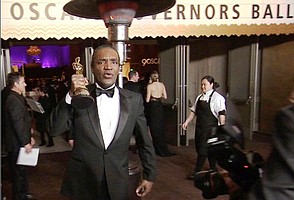 And the award for the Best Non Actor goes to... by Colonna

Or a hologram of Johnny Carson?

Re Oscars which I had to watch three days after the fact, because I was on the phone with Apple Support on Sunday night. I like Jimmy Kimmel: he's an unpretentious natural and he reminds me of 12-year-old boys I know. I hope stars quit making intrusive forays into the lives of common people: twice is enough already. I thought the stage set was gorgeous: it looked like a geode. This year I didn't love any movie the way I loved "Manchester by the Sea" -- maybe because so many good films were also scary-violent -- "Shape of Water," "Dunkirk," "I, Tonya,""Get Out," "Billboards." But basically I thought It was a good year for movies. And finally, long ago my family and I left Sunday Mass early to watch the very wavy documentary "Kon Tiki."