Rick Springfield brings The Snake King to the Embarcadero 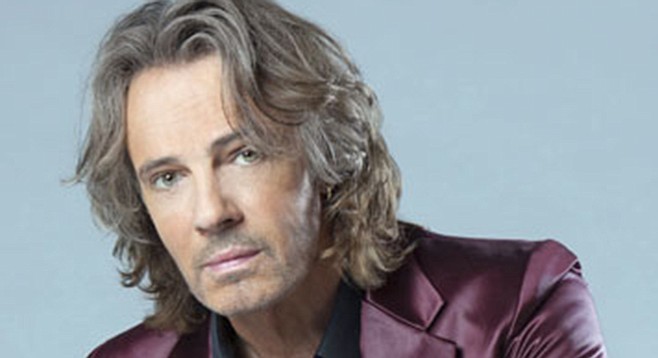 Life has been good to “Jessie’s Girl” singer Rick Springfield. So good that, despite not charting a U.S. hit since Ronald Reagan was president, the Australian rocker is headlining a two-night stand at Embarcadero Marina Park South on July 13 and 14, part of this year’s Bayside Summer Nights concert series. After a shortlived experiment with country pop music a couple of years ago, he just released an all-blues album called The Snake King that, while nothing to make Clapton quake in his loafers, is at least as authentic a stab at the genre as you’re likely to find this side of the Black Crowes or Joe Bonamassa. By that, I mean it’s a rocker’s approach that eschews roots for riffs, with barnburners like “The Devil That You Know” paired with soulful wailers such as “God Don’t Care” and gospel-tinged ballads like “In the Land of the Blind.” 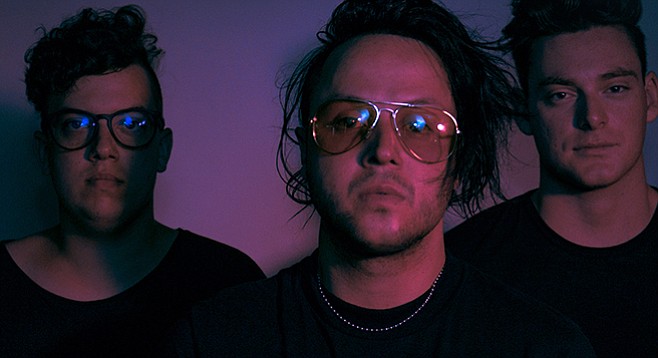 It’s been a couple of years since singer-guitarist Mitchy Collins decided to forgo things like his previous band Oh Honey and using capital letters to start up his L.A. indie pop group lovelytheband; their debut EP, everything I could never say, dropped late last year. The trio seems cut from the same cloth as contemporary synthpop outfits like MGMT or grandads like the Pixies, with a knack for catchy radio-friendly riffs that was evident from their first single, “broken,” a pop gem layered like the best of the Beach Boys that spins a forlorn tale of meeting another lonely soul during a party while waiting to use the bathroom at “some trust fund baby’s Brooklyn loft.” Backed by guitarist Jordan Greenwald and drummer Sam Price, Collins is reaching for a cynical emotional and philosophical depth in his songwriting uncommon to short and jangly pop tunes (certainly not the usual stock for someone who grew up in New Jersey), and something like three million Spotify visitors have so far given it a spin, propelling sales to number eight on Billboard’s U.S. Alternative chart. The fact that the single made its exclusive premiere on the Billboard site didn’t hurt its ranking, but the rest of the EP (with nary a capital letter in sight) holds up just as well, offering more songs about problematic (and always temporary) relationships, contemplating suicide (the title track), and one about snorting drugs off someone’s chest at Coachella that certainly captures the trippy-sounding conditions under which it was probably composed. Although “broken” is pretty much the only thing that appears to qualify lovelytheband for a headline slot at the Music Box on March 27, attendees may be lucky enough to see future chart champions on the entrance ramp of their career. 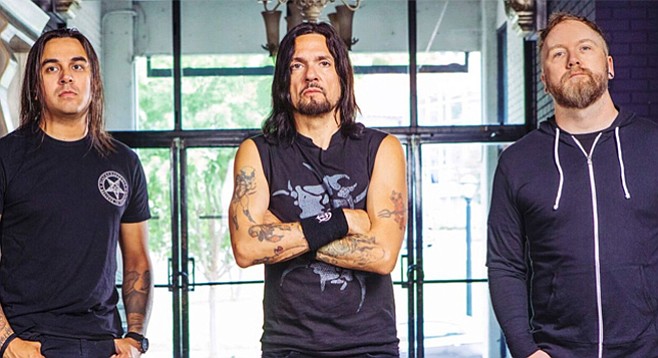 I lost track of Prong after seeing them in the mid ’90s at some middle-of-the-desert festival where their somewhat intellectual approach to punk metal was mostly lost on a crowd for whom only headliners Kyuss didn’t deserve plastic food and drink containers thrown at them. Founded by singer/guitarist Tommy Victor, Prong exploded out of the gate in the late ’80s with a crunchy debut EP that sent them on tour around the world and landed them a major label deal with Epic Records, which immediately made bank on their investment with the 1990 Beg to Differ album. By the mid ’90s, the lineup had shifted to include Paul Raven and John Bechdel (both also of Killing Joke and Ministry, the latter a band Tommy Victor also played with briefly), for what turned out to be their most successful album, 1994’s Cleansing. Two tracks from that disc, “Snap Your Fingers, Snap Your Neck” and “Broken Peace,” were staples on MTV for years, but a follow-up two years later failed to impress Epic, which dropped the band three weeks after its release. That was pretty much it for Prong until around 2002, when Victor began assembling a rotating array of musicians to assist him in playing Prong’s old music, as well as recording new albums like last year’s Zero Days. The lineup scheduled to play Brick by Brick on April 8 features Victor backed by bassist Mike Longworth (who played with the band in the early 2000s and rejoined in 2016) and drummer (since 2014) Art Cruz. The bill includes L.A. heavy-metal group Powerflo, whose self-titled debut last year was promoted over lengthy tour slots with P.O.D. and Brujeria. 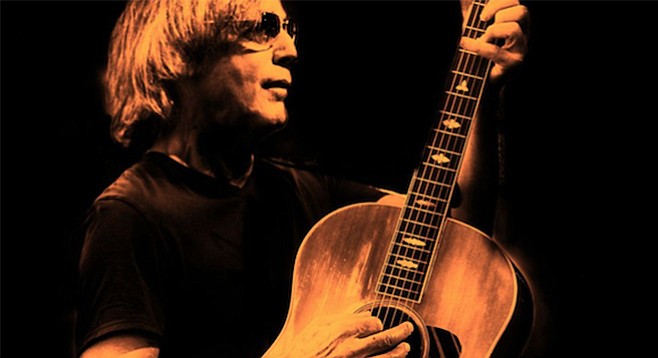 San Diego music journalist and former Reader contributor Richard Meltzer handed future folk-rock star Jackson Browne some of his earliest ink with a 1968 article in Crawdaddy magazine, where he praised Browne’s “ethereally sublime” art. Published by future San Diegan Paul Williams, it was pretty much the world’s first serious rock mag, predating Rolling Stone, for whom Meltzer also wrote about Browne in a June 1972 article, where he apparently forever earned the enmity of the singer by calling him “one hell of a prototype sex symbol for the gay rock underground.” Meltzer would later allege that his comment caused the head of Browne’s label Asylum Records, David Geffen, to demand that Meltzer be booted off Rolling Stone’s contributor list. Almost 50 years later, neither Meltzer nor Browne has deviated far from the formulas they distilled back in their earliest days drifting in and out of the coastal California rock scene. With over a dozen albums in his discography, Browne is now a Rock and Roll Hall of Famer who maintains a constant presence on tour, leaning heavily on evergreen classics but still dipping into mildly divergent endeavors from time to time, including several children’s music tracks created for benefit albums, such as a cover of “Silver and Gold” from Rudolph the Red-Nosed Reindeer. For his July 11 appearance at San Diego Civic Theatre, Browne will be backed by longtime bandmates Bob Glaub (bass), Val McCallum (guitar), Jeff Young (keyboards), Greg Leisz (steel guitar), Alethea Mills and Chavonne Stewart (vocals), and Mauricio Lewak (drums). 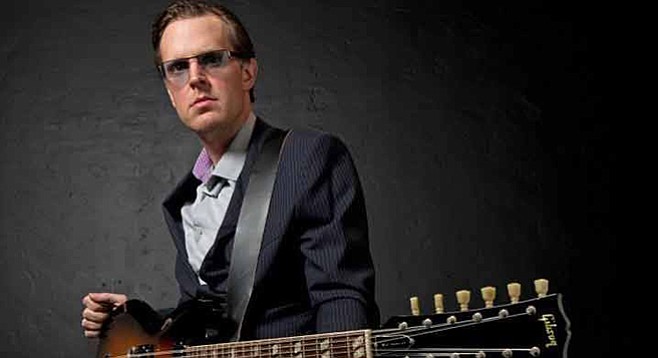 It was guitar fetishists who first propelled Joe Bonamassa to mass notice by posting his fiery, jaw-dropping guitar solos on Youtube, especially one from the title track to his 2007 album Sloe Gin. That song was originally written by Pink Floyd/Alice Copper behind-the-scenes wizards Bob Ezrin and Michael Kamen for Rocky Horror star Tim Curry, whose late-’70s/early-’80s solo albums full of similar New York–style sax-rock remain overlooked and out of print. In Bonamassa’s hands, “Sloe Gin” becomes as anthemic as “Comfortably Numb,” so much that most people seem to think he wrote it (after all, who names their album after a Tim Curry cover tune, when Curry himself never had a hit outside the 1979 novelty track “I Do the Rock”?). Bonamassa’s appearances at Humphreys by the Bay on July 26 and 27 are part of a gradually growing concert season at the outdoor Shelter Island venue that so far includes Fleet Foxes (April 15), Alt-J (April 19), Mike Nesmith & Micky Dolenz (June 3), Toto (August 7), and Joan Baez (October 30).