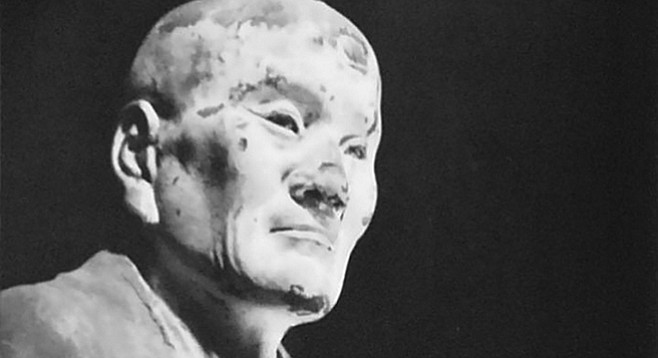 — from the Abhidharmasamuccaya of Asanga

Asanga (4th Century) was an Indian philosopher and leading figure in the Yogacara tradition in India, considered with his half-brother Vasubandhu to be the founder of this school of Buddhist thought. The Yogacara school sought to understand perfection through a study of being and the study of how one comes to know. In the Abhidharmasamuccaya (“A Compendium of Abhidharma”), Asanga sought to analyze and systematize the mental processes by which one followed the path to perfection.

My reaction also, even though I like parts of Buddhism.