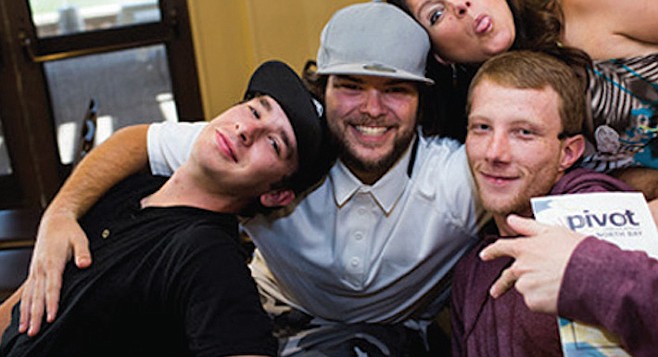 On June 19, the San Diego City Council took on a staff error made in 2015 that limited the growth of schools, assembly, entertainment, and religious uses.

That code change has been hard on charter schools, said speakers who urged the council to fix it. Before, schools were allowed by right in residential mulitfamily zones, and could have more than 300 students. What might have been a clerical error, according to city planners, put charter schools and others, like churches, in the limited-use category; they are allowed in certain zones, up to 300 people, but require a conditional-use permit for deviations. So, planners proposed to re-open the door in multifamily zones. Also, schools in commercial zones could obtain a neighborhood use permit to have up to 600 students, and those "in existing zones that allow the use" could exceed 600 with a conditional-use permit.

"The differences between the two permit types are the decision maker, fees and time," said city planner Edith Gutierrez. A neighborhood permit is approved by staff, takes three to eight months to process, and costs $5,000; a conditional-use permit is approved by a hearing officer, takes six to twelve months, and costs $8,000. Both permits go to planning groups first, and can be appealed to the planning commission. Since the 2015 blip, demand for charter schools has kept growing. Statewide enrollment has increased 150 percent in the last decade, and about one in 10 students now attends one, according to the California Department of Education.

Locally, demand is higher. The San Diego Unified School District reports that one in six students attends a public charter school. Finding room to grow is "a practical and financial burden" for charter schools, Gutierrez said. For school districts, there's a different problem with charter school growth; they sap state funds from traditional schools (charters are public but independently run). "These are major changes," said Clare Crawford, policy advisor for In the Public Interest. Last month, the group released a "first-of-its-kind" analysis of the cost of charter schools for school districts. It found that students in mainstream schools in three California districts bear the cost "of the unchecked expansion of privately managed charter schools." The annual cost of charter schools to San Diego Unified is $65.9 million, the report says.

Crawford said the changes in multifamily zones wipe out public input. "You would be able to site a school of any size in these neighborhoods with virtually no notice." Unlike what mainstream public schools go through, which takes about four years and requires approvals at the state level, charters can simply follow the city's process, she said.

The San Diego Unified board has nixed many charter petitions. The county board of education denied one last week that would let Julian Charter School keep operating in several districts.

In 2013, the San Diego Unified board rejected Thrive, arguing the city was awash in charters. Thrive appealed to the state and won. It now serves more special education students (about 16 percent) than San Diego Unified does, and is known for its innovative programs. Phil Beaumont, director of the Museum School in Banker's Hill said that 18 percent of their kids receive special education, and they outperform the district. But over 400 applications roll in each year, and they only have room for 230.

The multifamily zones are typically mixed-use so it makes sense to expand there, argued Ashley Stecher, a land-use attorney for Thrive. The school's Linda Vista campus is in a distressed area, and would never have been developed if not in such a zone, she said.

Mary Melendez, community organizer for Alliance of Californians for Community Empowerment said affordable housing is more important. "City school enrollment is currently declining all over the city, partly due to the city's high cost of living. It makes no sense to build more schools when there's such a desperate need for housing."

The council was split. Some called it a land-use issue. It affects almost all of Golden Hill, the 30th St corridor, North Park, University Heights, and more, said councilmember Ward, whose 3rd district is "all built out." He opted for "neighborhood harmony." Councilmember Sherman called it "a fairness issue." A neighborhood public school could come in and start the process tomorrow and be permitted by right, he said.

"All we're trying to do is make it easier for public charters and public schools to exist in more places." Kids learn differently, Sherman said, and charter schools are better at teaching at-risk kids. "The vast majority of charter schools are south of the 8. They just are. They serve areas that are traditionally under-served." Ultimately, he said, the council was just correcting an error made by something they passed unanimously a few years ago.

Councilmember Alvarez asked Gutierrez to explain "the mistake" so everyone understood. "Something did occur." But "it's almost become like it was a really bad thing staff did and I don't think that's the case," he said.

So back in 2015, educational facilities were one item in the code update, Gutierrez explained. One change was to go from a permitted use to limited use. "We never found the rationale for that change." Since that staff member is gone, they concluded it was done in error.

But Alvarez said what was before them "is not just that. You have other changes." They were being asked to do more than fix it. "People are raising really good points." How much intensity is too much, going from 300 to 600 people? He wondered if the changes to other zones make sense. Gutierrez said one main goal of the code updates is streamlining. "Obviously one cleanup is to correct that error we made in the multifamily zone," including the need for a conditional-use permit for over 300 people. So they doubled the size and eased the process. "It still requires public input. Noticing is required. It's still appealable to the planning commission."

Most of the charter schools have about 600 students, Gutierrez said. "So it was to provide more facilities, with less time and expense." The vote was 4-4 to keep it as is.