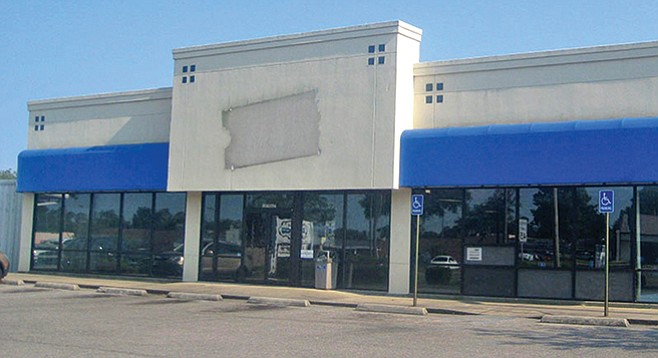 At the end of May, I put out a call for suggestions from readers for a word meaning “the pain you feel when you realize something you love about the world is doomed to obsolescence.” I got a few suggestions, and here are some of the best.

Hipster: I don’t know what the word would be, but I bet the Germans already have one. — “Hans”

Ah yes, German, the brutally beautiful language that contains words such as Schattenparker (a selfish wimp who parks under the trees in a parking lot rather than leave the choice spots for little old ladies) and Kummerspeck (literally grief bacon, meaning the poundage packed on by anyone attemping to eat away the pain of a hard breakup).

The almost perfect for our purposes Weltschmerz (the pain of realizing the whole world is riddled with imperfections) very nearly captures what I want to convey, but, in all fairness to the efficient Teutons, Weltschmerz is too general — although I would agree the sensation we’re trying to name here would qualify as a specific flavor of Weltschmerz.

Definitely on point, but I don’t think anybody, except for those crazy Alaskans with Russell Crowe’s jockstrap, feels much in the way of sadness over the passing of Blockbuster from life to legend to myth.

DJ: For that thing you want a word for, how about calling it a “Big Yellow Taxi”? You know, “You don’t know what you’ve got till it’s gone” and all that. — Lynn

Ooh, so close! Joni Mitchell plumb near warbled out the answer 50 years gone, but the woeful timbre of the song encompasses a purely retrospective angst, whereas the word we need looks forward, to sorrows yet unrealized but keenly felt in the present on account of their inevitability.

Dear DJ: Word (or words in this case) for the pain of realizing something you love about the world like malls, books on paper, or even spinach-feta bagels is “Jimmy Carter.” E.g., you might say “Man, I feel so Jimmy Carter about the world.” or “My favorite restaurant just went Jimmy Carter on me. Why can’t I just I just have what I love for the rest of my life?” By the way, Jimmy Carter looks great for his age, don’t you think? — B.B.

As for the rest, I’ve been trying to figure it. If you mean Carter was an underappreciated executive in his time, then the metaphor fails along the same lines as “Big Yellow Taxi.”

But, if you mean you felt that way back in, say, 1979, like you wanted Carter to stay President for life because only you understood his genius; then, well, I think the term would seem most apropos to your own usage.

Even so, I fear it’s just a little too obscure. Coming from me, who lives his life one obscure reference at a time, that’s saying something. In order to win the hearts and minds of the public at large, the right word must immediately resonate with anyone and everyone. So, unless anyone wants to second “Jimmy Carter,” I’ll keep taking suggestions at [email protected]

DJ: As a Boomer LGBTQ cis-male (a whole new vocabulary for me) who lived through the AIDS epidemic, I propose Gaybar as the word you are searching for. I file this thought under the heading of "Be careful what you wish for." As a recent KPBS explore program illustrated, Gay Bars are disappearing with the acceptance of the Millennial Generation of gender fluidity and the ubiquity of internet websites such as Grindr. As you stated in your June 28th column closing paragraph, I feel that this word would resonate with practically everyone.