Encinitans storm city council till 2 am 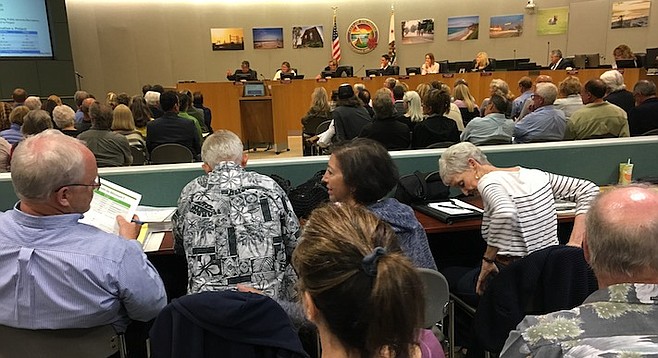 Over 250 residents packed the Encinitas city council chambers, an overflow room, and a large patio outside city hall. 90 speakers signed up to address the council. 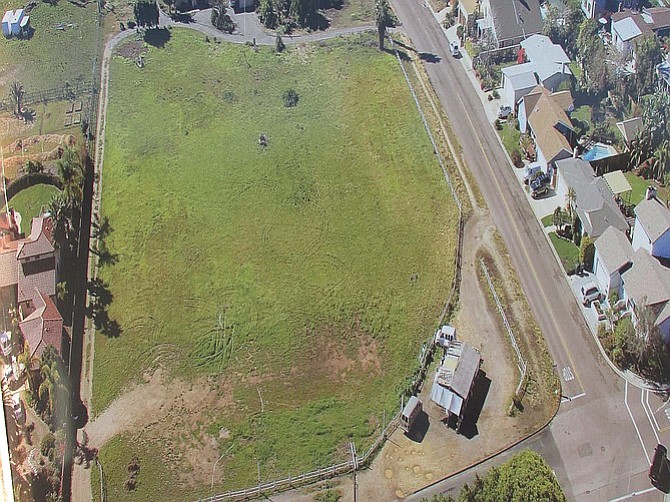 Lake Drive at Birmingham, Cardiff by the Sea

At issue at the June 20 meeting, California’s mandate to cities to add more low-income housing by identifying vacant properties in which developers could be given an up-zone, to build multi-unit condos or apartments — 30 units per acre.

23 properties were slated for inclusion in the housing element update, to be placed before the voters on the November ballot. Under new regulations (Assembly Bill 1397) the city needs to provide up-zoning to allow developers to build 1,200-1,600 new low-income units in the next few years.

“Excuse me. I’m sorry. People are here to speak and are leaving in droves. They’re so ticked off. They want to speak rather than this filibuster that should not be going on,” Cameron admonished the council, to a large round of applause (against Mayor Blakespear’s policy to not clap, but use “jazz hands” to show support to a speaker.)

Allison Wylot had other reason to be at the meeting, to oppose a possible inclusion that wasn’t even on the housing element map. Wylot was instrumental in rallying a large Cardiff by the Sea contingent that showed up to the meeting.

The possible inclusion of a four-acre former flower farm, at the corner of Cardiff’s Lake Drive and Birmingham Drive, surprised even the developer.

Since the Fugimoto family property sold in 2015, the developer, Zephyr Partners, had assured the neighborhood that their intension was to match zoning of the homes in the surrounding area — generally one or two houses per acre. It was the city that approached Zephyr about possible high density/low income zoning which may have allowed 120 three-story condos.

During the hours of public testimony, Jim McMinimum, representing Zephyr, stated to the council they have already submitted their plan for nine units, and weren’t going to propose anything different at this time.

Councilman Tony Kranz said that the council in 2012 removed the large Manchester Avenue strawberry fields from the then housing element plan. He asked the council to do the same, for the Lake Drive property. Councilman Mark Muir concurred.

Mayor Blakespear then pointed out to the audience that the Lake Drive property could not be included at this time, because citizens were not notified of the property’s possible inclusion in the plan’s mass-mailing to citizens.

After almost eight hours of staff presentations and public speakers, four of the properties were finally removed for the plan as being inappropriate, too high density, to the surrounding community.

Just before 2:00 a.m., Wylot and her supporters heard the words they were waiting to hear. The housing element approved for the November ballot, and mentioned specially in Muir and Kranz’s motion, will not include the Lake Drive property. Councilman Joe Mosca voted in support.

“I think we really dodged a bullet tonight,” said Wylot.

Footnote: in 2016, voters overwhelmingly turned down the city’s proposed housing element, Measure T, which would have allowed low-income residential units above the El Camino Real corridor’s shopping centers. The city is currently named in three lawsuits over the lack of low-income housing.

Only 10% of the upzoned housing units will be low income. The other 90% will be market rate. The state takes the position that high density zoned properties for apartments/condos will allow more low income units. The renters who live in low income restricted housing can't make over a certain amount of income ($77,850 for a family of 4) and are put on a waiting list for the subsidized apartment. It is the developers, the NIMDBYs, that don't want low income housing in their subdivisions.