San Diego raises its Philly game, by way of Seattle 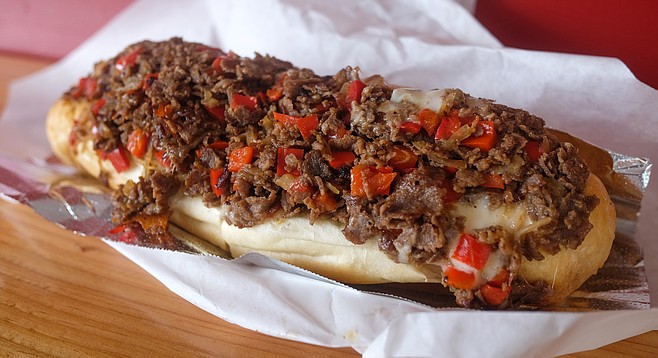 A tee shirt sold by new Pacific Beach restaurant Calozzi’s Cheesesteaks calls it, “The Michael Jordan of Cheesesteaks.” It’s a brash statement, for a couple of reasons. “Why not the Dr. J of cheesesteaks?” wonder some Philadelphia fans.

Owner Al Calozzi may be Philly, but he’s not so Philly he can’t recognize greatness where it lives. “That question is settled,” he says to me, or something to that effect, as we talk Jordan’s place in history. There’s no consideration for geography or city loyalty when you’re talking about the greatest of all time. 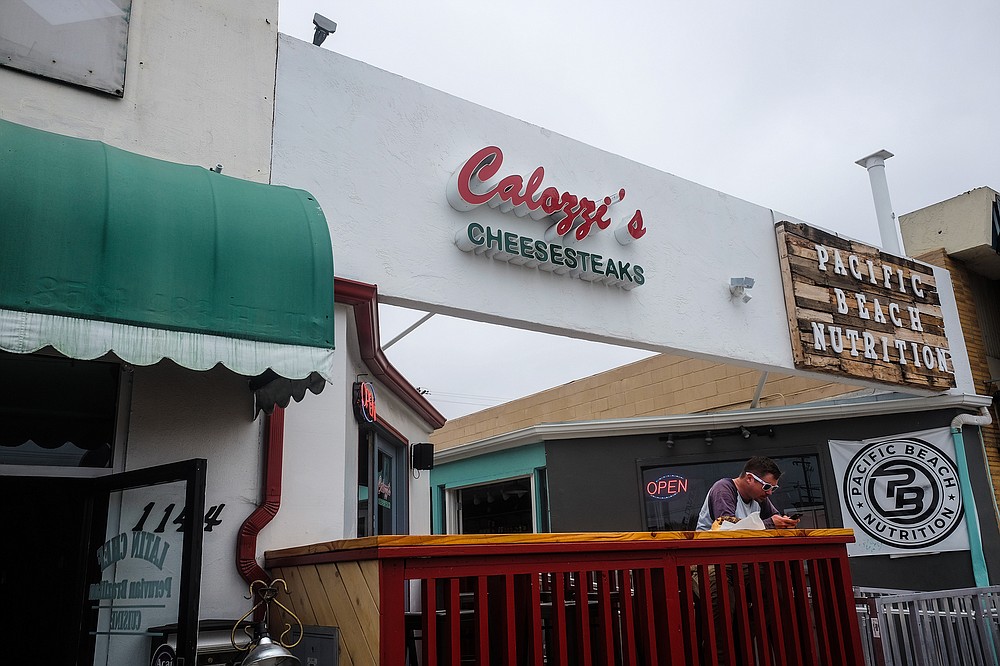 I’ve fallen into the “best in the city” trap when it comes to cheesesteaks, and into the “most authentically Philly” one as well. So when Calozzi’s opened a couple month back and instantly became a sensation among local foodie groups online, I had to wonder. Is it the best, or just the newest? Is it true enough to the classic sandwiches that are up right up there with Benjamin Franklin, Rocky, and the Liberty Bell as icons out of the city that birthed our nation? And does it live up to the Michael Jordan boast?

Technically, the place came to us by way of Seattle, where Al Calozzi manned his heralded first, and til recently, only location for the past ten years. But these are not Seattle cheesesteaks. Calozzi speaks of being ten years old, learning how to make cheesesteaks in a family restaurant around Philadelphia, recalling he had to stand on a milk crate to reach the grill.

We can wonder why he moved to Seattle to open with a street cart rig. Maybe Seattle desperately needed good cheesesteaks. But why he chose to move to San Diego to establish a second shop only a few blocks from the beach neighborhood should be obvious to all of us.

But it’s why I keep encountering local Philly transplants who vouch for the authenticity — and superiority — of his sandwiches that I’ve been eager to visit. That, plus the photos being passed around the web of sandwiches overflowing with grilled beef.

That would be thinly sliced ribeye, grilled ‘wit’ onions, if you’re smart about it. For first timers, Calozzi encourages customers try the standard, $10.75 cheesesteak. But the menu offers versions with mushroom, grilled peppers, and/or pepperoni for future exploration. I ordered the $11 pepper steak, because I was taking color photos, and usually like a bit of added spice. I went with provolone, because I always do, even though mozarella, American, and Cheez Whiz are also available.

It’s that overflowing beef that truly stands out in contrast to most local cheesesteak specialists. I wouldn’t go so far as to say all the others skimp on beef, but you’d have to order double beef elsewhere to come close to the pile of tender, melted cheese-slathered steak packed into these locally-baked rolls. I added a dash of salt to mine (to my preference) while a friend dining with me tossed on pickled hot peppers available as a self-serve option (to his).

But neither of us would have complained without these additions. We wouldn’t have had time to, as we stuffed our faces with what may very well be the best thing San Diego has ever seen in the cheesesteak genre. Is it the Jordan of cheesesteaks? Is it the Dr J, or even the Lebron? If only we were more a basketball city. For San Diego, let’s just say it’s Tony Gwynn good.