The Squirrels has the makings

But it plays more like notes for a second draft 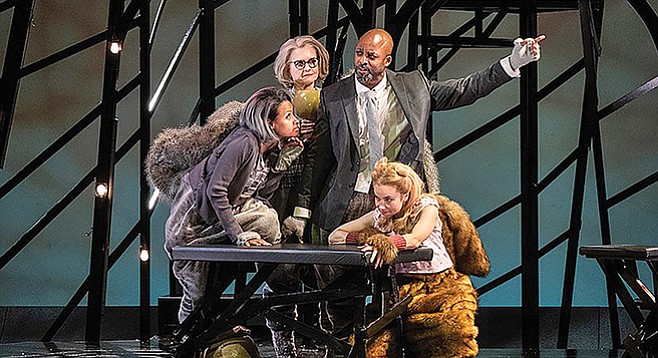 The ancient philosopher Epicurus said, “Nothing is enough for the man to whom enough is too little.”

Scurius is the patriarch of the squirrels on his tree. He’s a Gray squirrel and lives square in the middle of the trunk. The impoverished Red squirrels inhabit the lower branches. Scurius is now five, a ripe old age, and is the all-time gatherer of nuts. He’s stowed away more than enough acorns, cashews, and walnuts to feed every squirrel in the forest this winter. 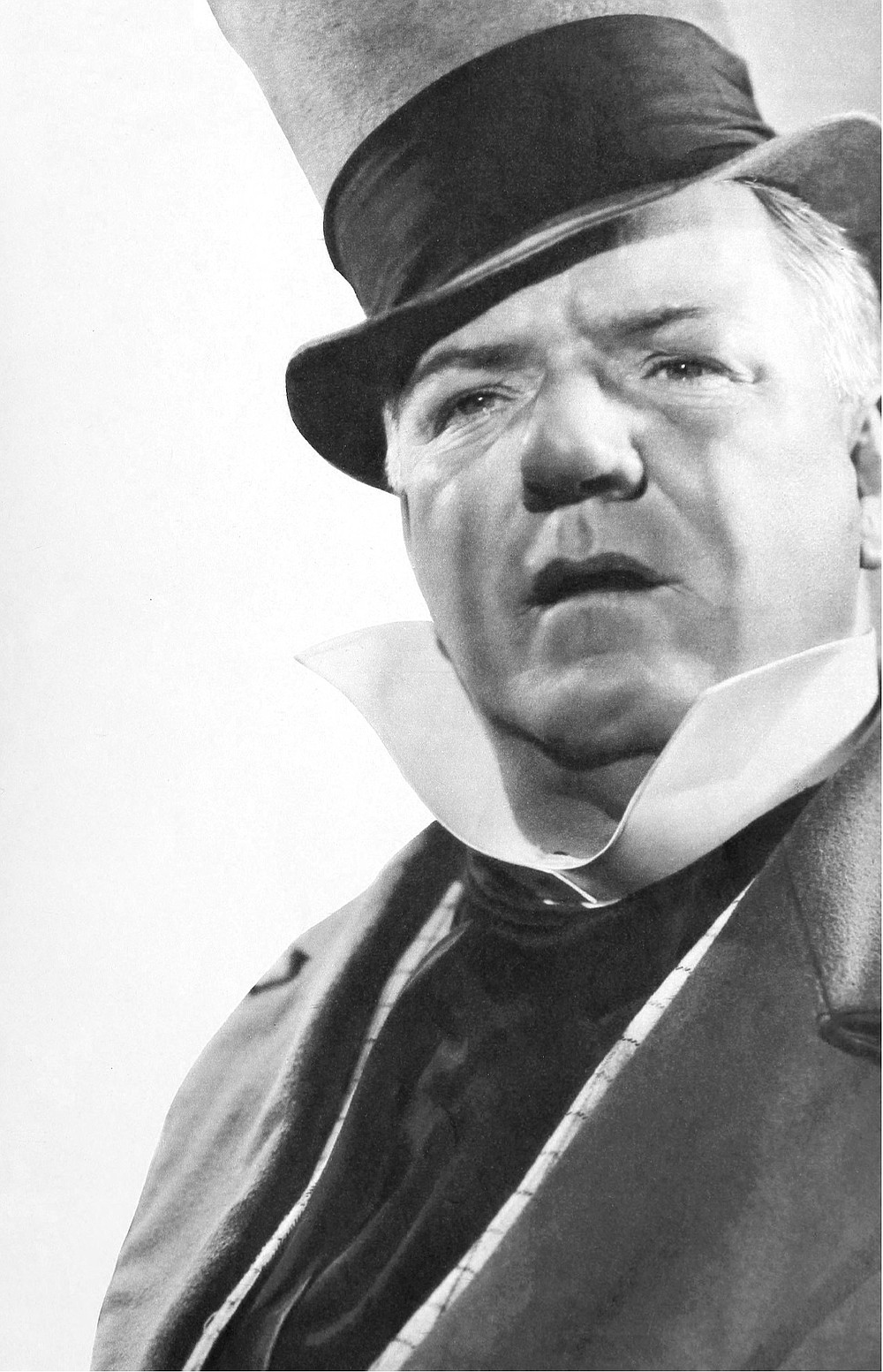 Scurius resembles W.C. Fields in one respect. The comedian grew up in extreme poverty. Whenever he made money he stashed it in various banks under assumed names, then forgot where. Fields wanted to ward off the poor house. Scurius hoards for the opposite reason. He wants to show power. But like Fields, he forgets where he stashed the nuts.

As with other names in Robert Askins’ The Squirrels, the change attracts other associations: “scurrilous,” “vulgar and evil” among them. His daughter is Chordata, the animal phylum to which humans and squirrels belong. The name also recalls King Lear’s only faithful daughter, Cordelia. Though Chordata’s behavior damages the comparison.

The lowly red Fox squirrels’ cupboard is bare. Without more nuts, they’ll never make it to winter, let alone through it. So they plan the unthinkable: rebel/revolt, take over the tree, and oust Scurius.

One of their leaders is Carolinius: suggests Shakespeare’s Coriolanus. Though they refer to specific characters, the many-sided names suggest that something else is going on here. These are and are not squirrels. And their story is and is not about the residents of a single tree. The Squirrels is a satirical allegory that launches salvos at current events, framed by a potential apocalypse.

Paloma Young’s costumes for the La Jolla Playhouse enhance this two-sided approach. Actors have red or gray bushy tails that tickle the backs of their necks. From the waist down they are red or gray, with furry feet. Waist up: contemporary. Scurius, for example, dons a black sport coat, white shirt, and tie. The costumes resemble the famous drawing of the rabbit and the duck: now you see squirrels, now people. 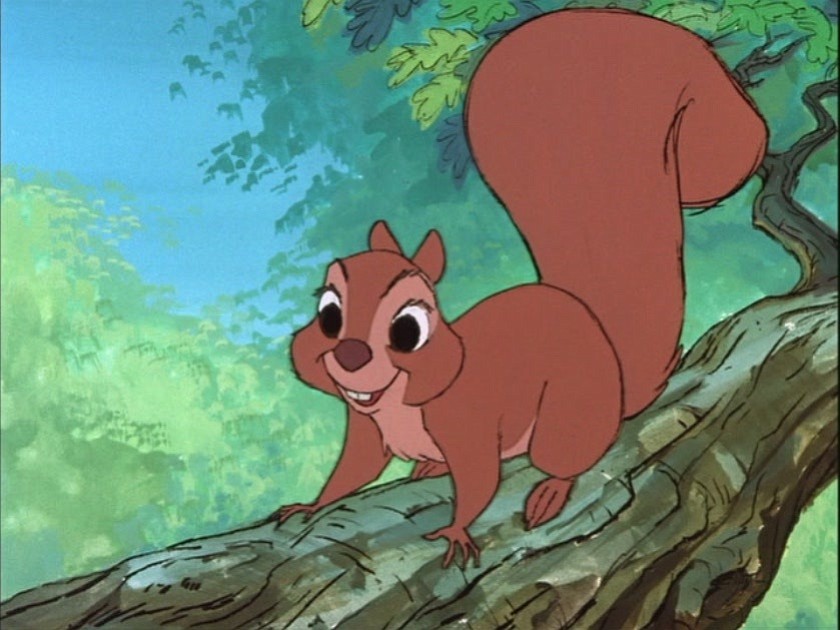 And these aren’t Disney’s smiling squirrels. The play begins with a lecture about how they can be vicious, even duplicitous rodents — much like people, except squirrels eat their young. And they are blatantly class-conscious. As in George Orwell’s Animal Farm: “Some animals are more equal than others.”

Beneath the satire, the play raises serious questions, in particular, why does inequality reign? Scurius is a miser beyond Scrooge levels, beyond greed. Why? He can’t take it with him (though he tries, and ends up looking like Jabba the Hutt). In one sense, his stockpile is his way of keeping score. But what game is he playing? Why must so many suffer?

The script is an ambitious hybrid: joint genres, levity and vitriol, a story within a story. But often, the script gets caught in an in-between zone and flounders by trying to honor all the demands at once. The idea’s a good one, but as yet, the play isn’t much of a play. It’s more like notes for a second draft.

Rather than show events unfolding, it tells. Much of the talky dialogue is exposition. Some exchanges, such the one between Scurius and the interloper Sciuridae, go on and on, while a visual or two could have conveyed the information in a jiff.

The script needs a better balance. Scurius (terrific Terence Archie may have as many lines as Hamlet) dominates. The rebellious Red squirrels linger in the background. They need a stronger voice. How do poverty and exclusion feel – for squirrels, for people? Overall, as a professor of mine once said, the script needs “a clean and sturdy spine.”

The La Jolla Playhouse’s fine production covers many flaws in the writing. The designers — Paloma Young, costumes; Tyler Micoleau, lighting (just won a Tony); Cricket S. Myers, sound — are among the best in the country. As is Beowulf Boritt. His set’s a vast, metallic skeleton — of a tree, a squirrel, a dinosaur? — flanked by clusters of cattails. It’s at once eye-grabbing and functional.

The cast, directed by Christopher Ashley, has squirrel-physicality down. Foremost among equals: Candy Buckley’s dour Mammalia (“Oh, to be two again!”). Summer Spiro does capable work as the seductive Rodentia. As does Marcus Terrell Smith as Carolinius, and Lakisha May as Chordata (Shakespeare’s Cordelia she is not; few references fit the characters, in fact). Though he could push them less, Brad Oscar has several comic moments as the lecturer and meddling Sciuridae.

The Squirrels has the makings. Few contemporary targets could be more apt. And the characters have definition. They just need more to do and less to say.

The Squirrels is truly one of the worst, most excruciatingly boring pieces of theatre I've ever seen.......and I've seen many, many hundreds.