Half a century ago, the very staging of Hair read like a political act 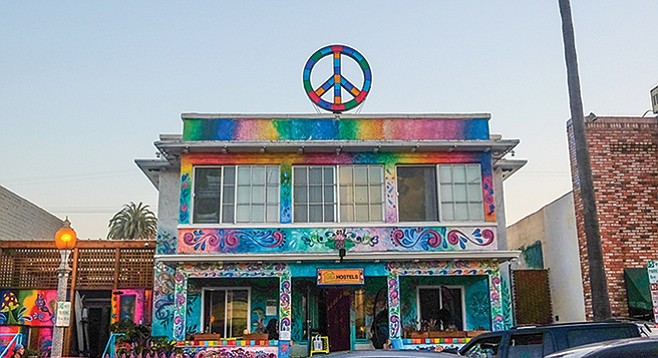 To paraphrase Abbie Hoffman, don’t trust any play over 30. The yippie author of Steal This Book popularized guerrilla theater more than half a century ago, staging performative countercultural protests to subvert the establishment, such as littering the floor of the New York Stock Exchange with phony dollar bills then watching Wall Street traders scramble to pick them up.

Echoes of such provocative stunts survive today, in the guise of choreographed flash mobs, and within cable news satires such as The Daily Show and Last Week Tonight with John Oliver. But the exaggerated, merry prankster shtick that so influenced hippie tropes appears rather tedious 50 years later.

For one thing, America is well past being shocked. Half a century ago, the very staging of Hair read like a political act, really socking it to the stuffed shirts who dominated mainstream culture. The musical, eventually a Broadway smash, adopted an anti-war narrative to push buttons with lyrical depictions of drug use, interracial dating, casual sex, and bisexuality.

Perhaps these impressions are made sharper in the context of an OB Theatre Company performance of Hair. How can 50-year-old scripted freak-outs land punches on this stage, when you can easily find (or ignore) the genuine article, updated for a modern-day audience, right outside the theater?

A giggling Abbie Hoffman once described his tactics for evading police during a protest as, “You convince them that you’re crazy enough to do anything, and then they won’t touch you.” That approach doesn’t sound sound in the midst a national mental health crisis, and it’s well known that the most dangerous thing you can do before an itchy-trigger-fingered police culture is convince it that you are capable of anything.

I thought we were talking about theater. "The Importance of Being Earnest" is run and re-run at the Old Globe -- a much older play than "Hair" and more "dated." Yet we still find it charming and relevant, if just for contrast with the present as well as some commonalities. So why not "Hair" too? What about the music? The music is terrific.