The smell of money 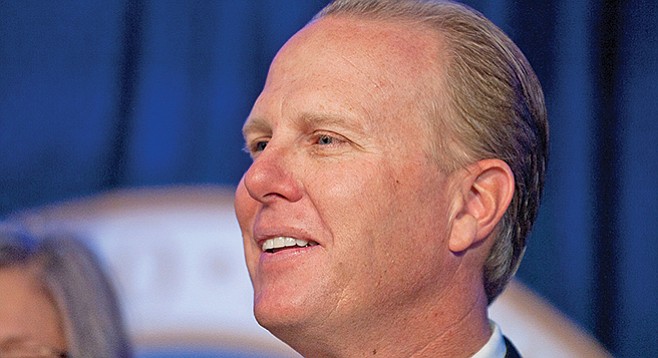 GEO group, the controversial private prison outfit from Boca Raton, Florida that operates a downtown lockup called the Western Region Detention Facility for the United States Marshal’s Service and the Midway District’s San Diego Day Reporting Center for newly released felons, has come up with $5000 for One San Diego, San Diego mayor Kevin Faulconer’s charity for poor parts of town. GEO’s May 7 donation is the latest in a string of gifts from the company to causes favored by the mayor, including $25,000 on May 10 to Yes! For a Better San Diego, the political fund collecting signatures to put a hotel room tax hike on the ballot for convention center expansion and putative homeless cleanup programs.

Other recent donations to Faulconer’s non-profit have included $10,000 on May 18 from Michael and Karen Stone, whose address is given on the mayor’s disclosure report as a mail drop in Wilmington, Delaware. Stone is one of the La Jolla hedge fund manager behind SoccerCity, the Mission Valley stadium takeover outfit backed by Faulconer against the effort of San Diego State University to obtain the property for itself. The ballot measures of each are on the November ballot, with the mayor’s continued endorsement believed crucial to SoccerCity’s prospects for success. Previous favors done for the mayor’s office by SoccerCity backers include a free lunch by a private chef and a discount bayside wedding venue for one-time chief of staff Steven Puetz. Meanwhile, labor unions have backed a favored cause of Democratic city councilman Chris Ward. The San Diego Building & Construction Trade Council came up with $5000 on May 9 to finance the San Diego History Center’s LGBT Exhibit, as did hotel union Unite Here Local 30 on May 10.

Charter school advocates got a major boost just before the California primary this month when 79th District Assembly Democrat Shirley Weber endorsed both Antonio Villaraigosa for governor and Marshall Tuck for state Superintendent of Public Instruction. Despite millions of dollars from charter school backers, including ex-New York City mayor Mike Bloomberg, Villaraigosa was defeated. But Tuck narrowly placed first and will face off against teachers’ union favorite Tony Thurmond in November. “The change we need will also take partners willing to push back against special interests committed to keeping the current failed system in place, a system that has kept California at the bottom of education achievement and shortchanged the futures of too many kids for too long,” said Weber in a June 4 email. The same day, Weber’s reelection campaign reported getting $4400 from Redwood City’s Doris Fisher, a longtime charter school supporter. 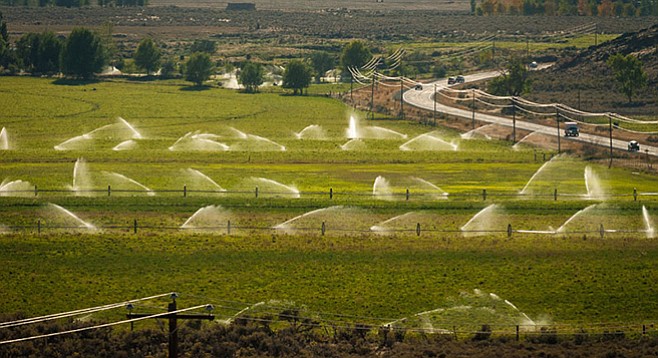 Last year, ex-San Diego city attorney Mike Aguirre was hired by the Imperial Irrigation District to investigate a host of alleged conflicts of interest regarding a consultant for the agency unearthed last year by the Desert Sun. The company in question, engineering firm ZGlobal, was eventually ousted, but not before being paid $2 million in February “as an accommodation” to end litigation over the matter, per the Sun. “This is not a case in which there’s been millions of dollars siphoned off illegally or improperly to someone,” Aguirre told Imperial’s board near the end of his official look-see in December, adding that he would come up with recommendations “to correct any problems that we have.”

Earlier this month voters tossed out one board member and kept another, in a setback for a group of farmers who spent $71,000 arguing that Imperial Valley landowners, not the district board, should have ultimate control of imported Colorado River water, long lusted after by Los Angeles and San Diego. “Because of your support, Imperial Valley’s water and future are a little bit safer,” incumbent board member James Hanks, who hung onto his seat, told followers on Facebook. Now another member of the district’s board has agreed to fork over a $1400 penalty to California’s Fair Political Practices Commission for not filing his semi-annual campaign statements for 2015 and 2016 on time. Bruce Kuhn and campaign treasurer Angela Suchma “failed to timely file one pre-election campaign statement for the reporting period of January 1, 2016, through April 23, 2016, and failed to timely file two 24-Hour Reports,” according to a stipulation in a case that is set for hearing by the FPPC on June 21. Kuhn and Hanks were both financially linked to employees of ZGlobal in a Desert Sun story last August. Though racked by such Byzantine controversies, Imperial enjoys an outsized role in southern California power politics by virtue of its historic lock on water rights.

Money talks and BS walks. No matter how noble the cause it will be thwarted by moneyed interests.