Would Amaze videos get you arrested elsewhere? 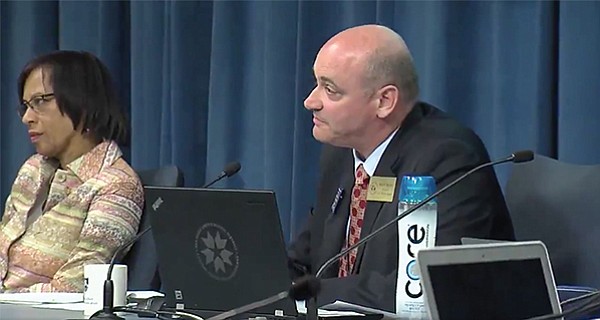 Advocates for Youth is based in Washington D.C. where they lobby Congress for special interests. Along with their 3Rs (Rights, Respect, Responsibility) sex ed curriculum they promote Planned Parenthood, abortion, and other controversial organizations and issues. They openly denounce people who are pro-life and people who teach abstinence-until-marriage-only curriculums. Ashley Bever: “Too obscene to show on the news?"

Critics of Advocates for Youth and Amaze point out that if adults were to present pornography to children in a similar manner outside of a sex education context they might be arrested, and some wonder if it makes sense to use explicit material to teach children about the dangers of explicit material.

On Tuesday May 29, parents of Oceanside Unified students teamed up with parents of San Diego Unified students to stand against what they call the sexualization of children and politicization of sex education. They are asking school districts to create “inclusive” curriculums that reflect “shared community values.”

San Diego Unified sex education program coordinator Rachel Miller said some of the protesters erroneously portrayed the 3Rs curriculum by taking screenshots from Amaze videos and elsewhere and saying they come from the curriculum. She says that during sex education instruction teachers have students browse the district’s student support site, where a link to the Amaze website could once be found. The link was removed after the community raised objections. Miller now says, "We are not offering amaze.org videos as a student or teacher resource at this point in time.”

Oceanside resident and parent of three, Sara Walker, calls Advocates for Youth a “radical organization.” She points out that it is not just the material that is strictly inside the curriculum that matters, but also the supplemental material that is affiliated with it and used in the same program.

Some parents kept their students home from school to protest the graphic and explicit material being used. Many showed up at the San Diego Unified Board meeting and spoke out.

Walker says kindergartners in Oceanside are taught in school they have a “right” to know what their private parts are and that gender identity concepts are being introduced to first-graders. Parents across the state of California have expressed outrage because of incidents of young children coming home from school with the idea that their gender might change, some distraught over the possibility.

Oceanside Unified adopted the Advocates for Youth curriculum for grades K-5 under the false idea that the California Healthy Youth Act requires it, Walker believes.

The California Healthy Youth Act passed in 2015 and mandates “comprehensive sexual health education” for all public schools in California. But that mandate is only for grades 7-12. Implementing sex education for grades K-6 is optional under the law.

Miller said the San Diego Unified school board unanimously adopted the Advocates for Youth 3Rs curriculum for grades 6-12 in June 2016 and unanimously reaffirmed it in July 2017. She says this curriculum was determined to be best aligned with the requirements of the new law after a year-long extensive review and vetting process by the district’s Sexual Health Education Advisory Committee. She says hundreds of teachers have been trained with it, and thousands of students have been educated with it.

But there is confusion in this district as well over what is being implemented versus what is required by law.

At the May 29th board meeting, Judith Neufeld-Fernandez said, “This district has done a bait-and-switch with this curriculum. It is not medically accurate, and it is not healthy.”

Jacqueline Elijah said, “No school district should be telling anybody’s child about sexual orientation. That’s a parent’s job. It’s not your place to do that.”

Dwayne Lindstrom asked the board why gender identity is the first thing kids are taught. He said, “It’s not about biological science. It’s about pushing a worldview upon them and promoting gender confusion to them.”

Board president Kevin Beiser responded to the objections, “It is mandated by the state.” His comment, caught on a KUSI video later posted on Twitter, led to a momentary uproar in the boardroom.

Attorney Dean Broyles of the National Center for Law and Policy accused Beiser of repeatedly lying. At the board meeting he said, “There are only recommended curriculum. There is no mandated curriculum under the California Healthy Youth Act. Capistrano just pulled their curriculum and are developing their own.”

Some protesters pointed out the curriculum may be in violation of the California Healthy Youth Act, which mandates in Section 51934(3) that instruction must teach that “abstinence from sexual activity and injection drug use is the only certain way to prevent HIV and other sexually transmitted infections.”

San Diego substitute teacher and parent of two, Ashley Bever, told the board, “Exposing children to adult sexual behavior before they’re ready is a form of abuse. To have adults talk to sixth graders about sexual pleasure — too much. To send them to websites where they can learn to ask for consent in a sexy way ­— not appropriate. Sex with objects in high school — too much. They are not consenting adults. Please put this on the agenda as an actionable item. We do not want this coming to our elementary schools.”

After the board meeting Bever pointed out that a news report blurred out the pictures from a book called It’s Perfectly Normal that San Diego Unified is using to teach children. “Too obscene to show on the news, but ok to show kids?” she asks.

Lots of opinions, not many citations. Presumably legislators, Advocates for Youth and other organizations did extensive research before creating this material. Did the protesters do research?

Have they ever browsed the internet to discover the things their children are inevitably going to be exposed to? Better the children understand such things in a controlled environment than the depravity of the internet.

Over the past 25 years, I've had exposure to many SD County school districts. It amazes me to see how differently various districts approach teaching the same things. All these state mandates in the education code are subject to interpretation, and two different districts can reach diametrically opposite interpretations of the same directive. Generally the district that goes farthest overboard is the one that is misinterpreting. San Diego Unified can always be counted on to do something that upsets as many people as possible. It has a full time school board, and a huge bureaucracy reporting to the superintendent, and yet comes across as a befuddled pack of small town hicks.

This fiasco comes across as if, instead of having an attorney look at the legal requirements, the district set up a committee to spend a year looking at the materials, and still got it wrong. (We all know how committees can make a mess of straightforward tasks.)

Oceanside, well, is Oceanside. That school district manages to shoot itself in the foot frequently, and often doesn't even recognize the wound until someone else points it out.

A Camel is a horse built by a committee. Or for those Christians; God so loved the world that he did not send a committee.

A committee couldn't decide how to make a peanut butter sandwich!