What will get more riders to saddle up? 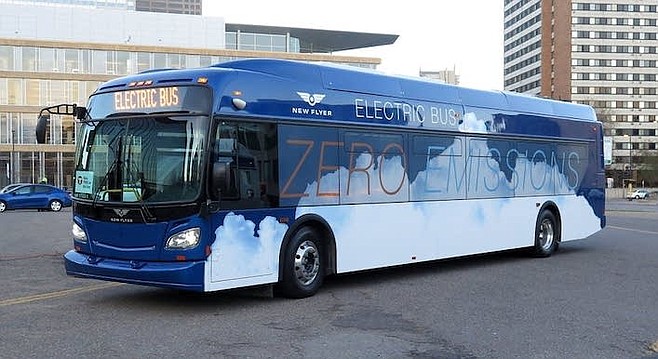 Metropolitan Transit System or MTS has been hanging Choose Transit posters at bus stops around town. Plus they reached out to ask public opinion in April and May. 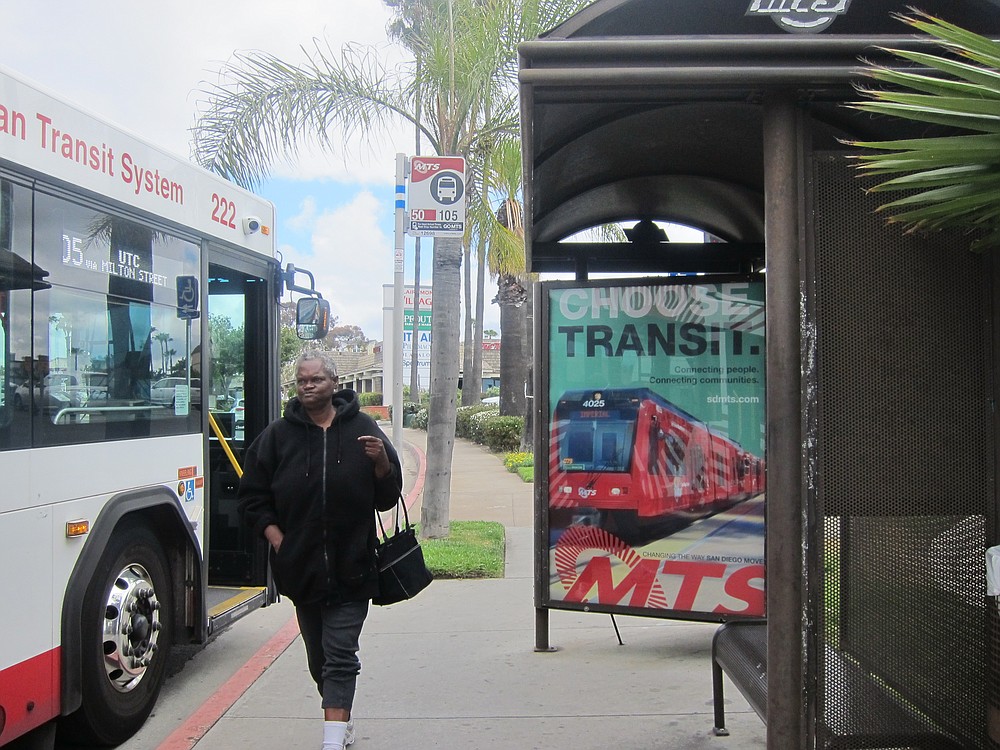 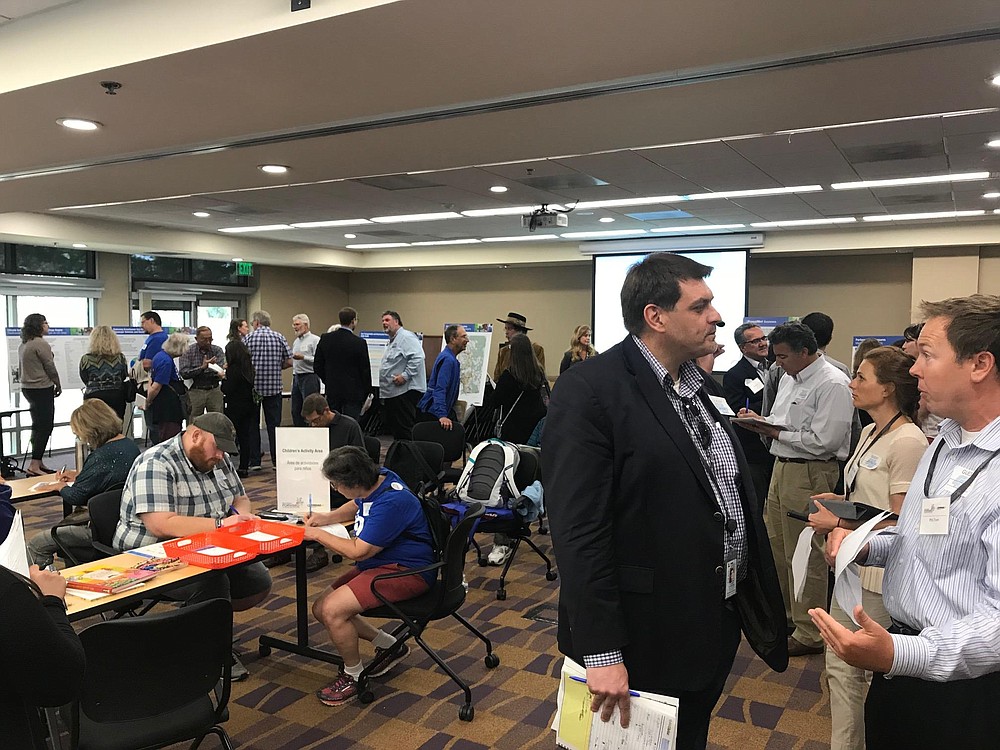 One of Sandag workshops held in April and May

I met Jim on Saturday afternoon waiting for a bus in Kearny Mesa to take him to his job at a Pacific Beach hotel. "I have to leave home two hours before I clock in or I'll be late." His destination is about fifteen to twenty minutes by car. Only three other passengers are on the bus when it stops to pick Jim up. 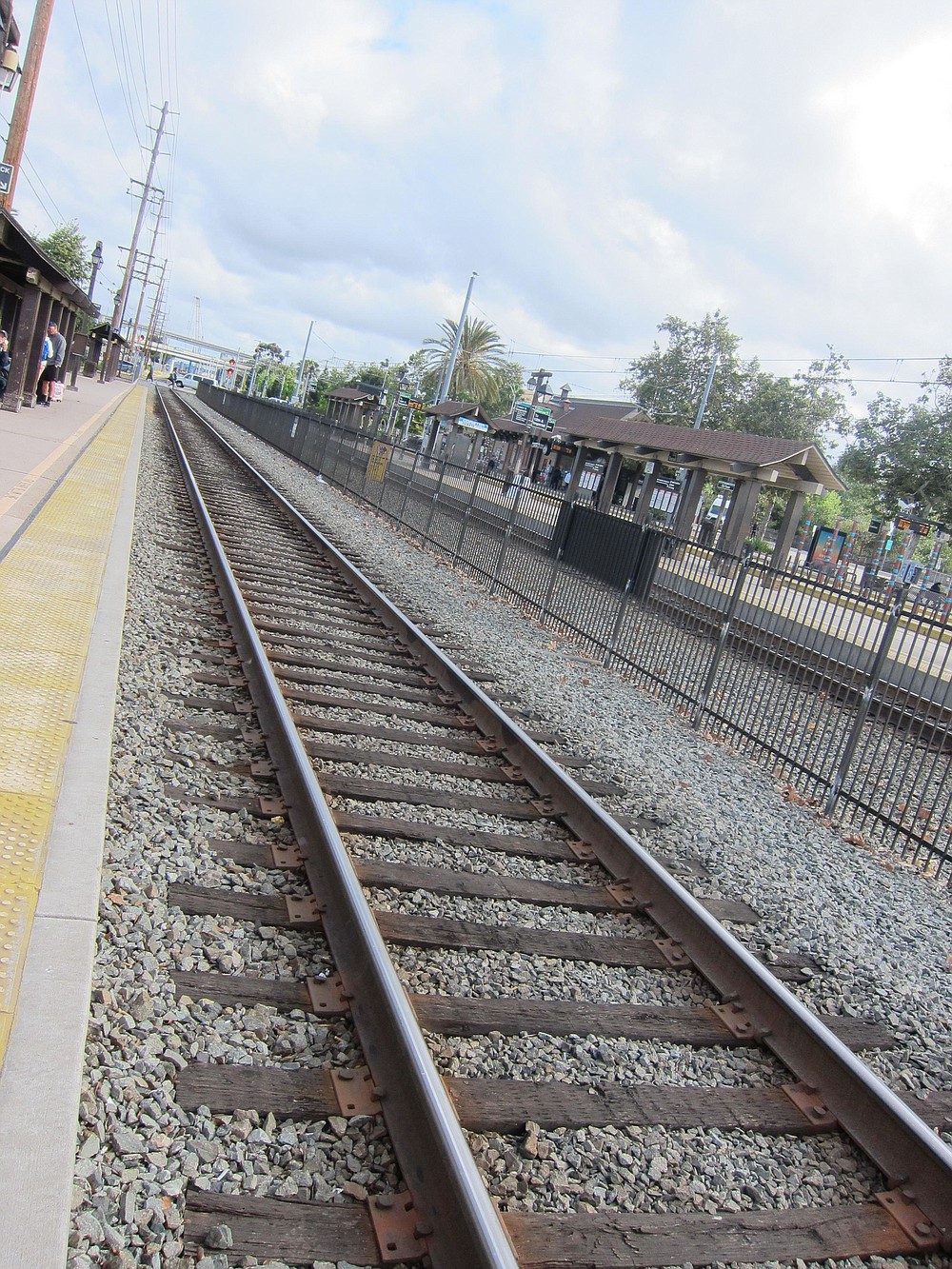 At the Old Town transit station on Friday morning, Lily was waiting for the Coaster. When asked what her biggest public transit pet peeve was, she said, "I hate waiting around. If they could make it go faster, [it would] be awesome." 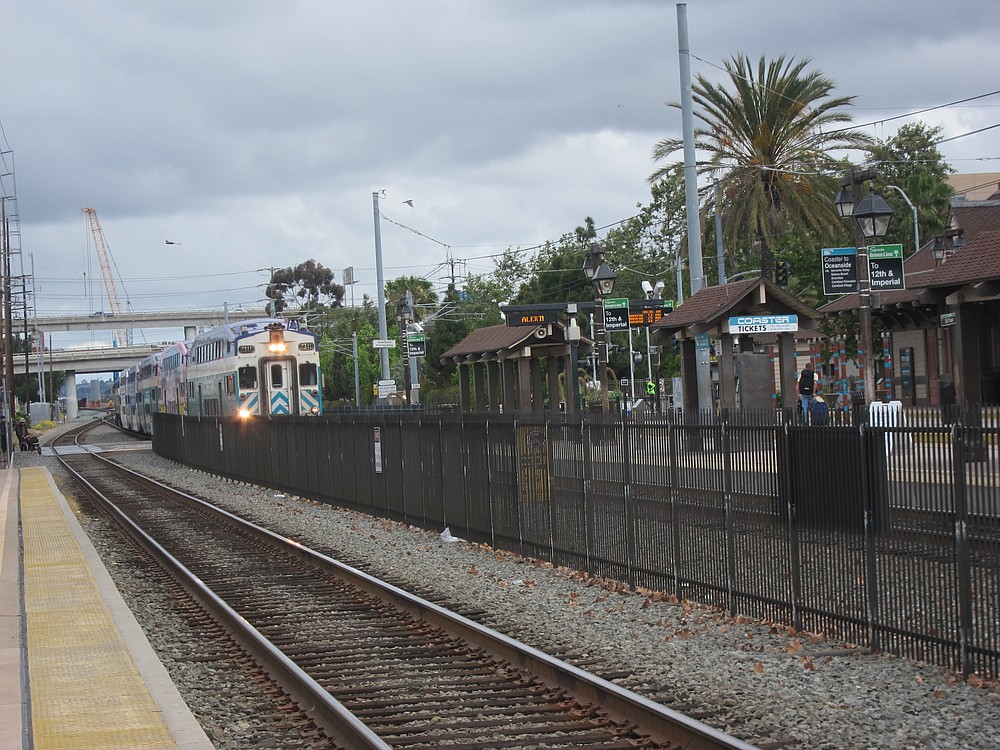 The Coaster arrives at the Old Town station.

Susan, a 74-year-old homeless woman, walked three and a half miles to Costco on Morena Boulevard last week to pick up her medication because no buses go that way. 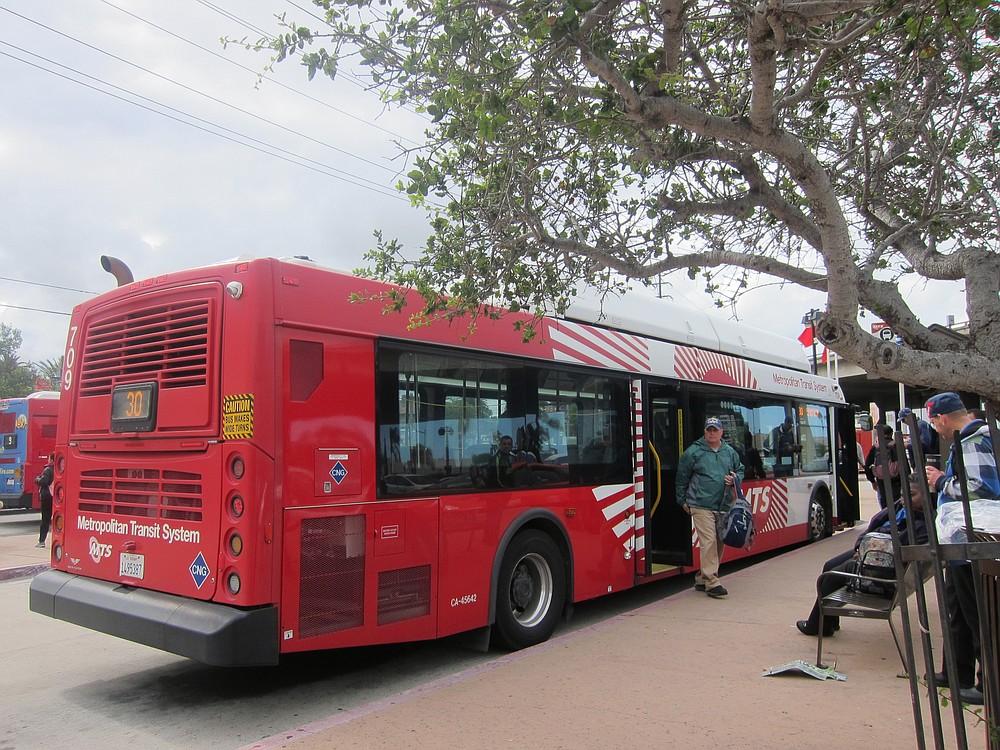 Most complaints I heard from my informal questioning boiled down to time wasted, either waiting around or having to walk too far. This was partly addressed June 10 when several new bus routes were added plus more frequent transit stops. This is the second phase of adding $2 million in new service. The first phase happened in January. The third will happen in September. 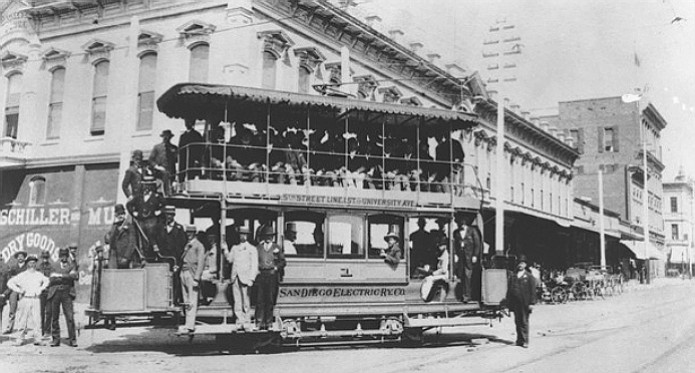 San Diego had the first electric streetcar service on the West Coast.

"San Diego is more than a century behind the times when it comes to public transportation," said George, a Bay Ho resident. George has doubts that Sandag will take public input seriously. “Some of the earlier Sandag trolley expansion meetings just asked the community about colors of paint and if the roof should be curved or flat. They refused to discuss traffic flow.” 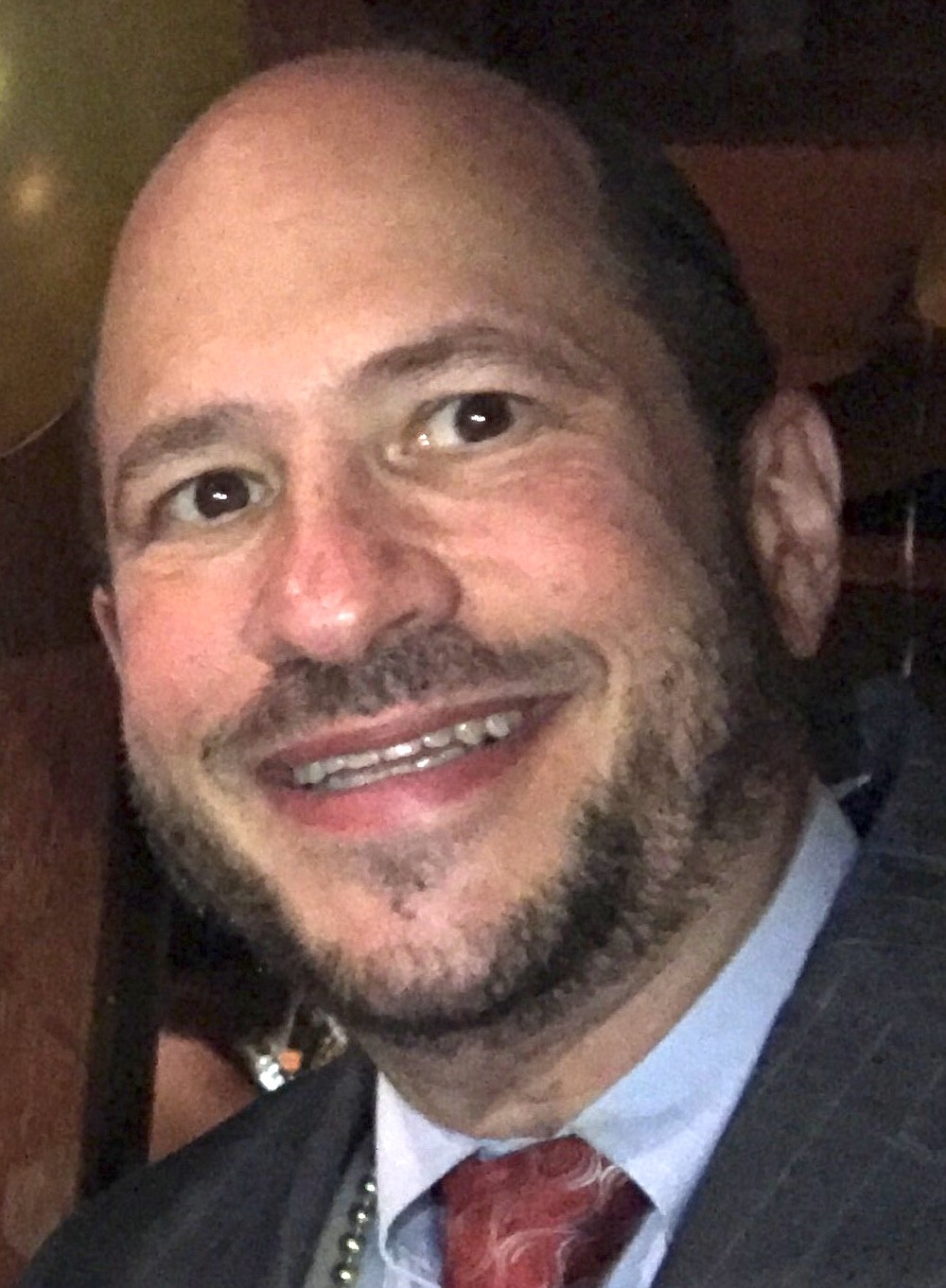 George isn't alone in wondering if transportation in 2050 San Diego will look more like the 1950s than some futuristic Jetsons-esque utopia. Public transit around the world (Spain, Japan, Britain) and elsewhere in the U.S. (San Francisco, New York, D.C.) got high marks from locals that have traveled far and wide. While these places attract riders of varying ages and income-levels, San Diego transit seems more to attract those that have no other choice. 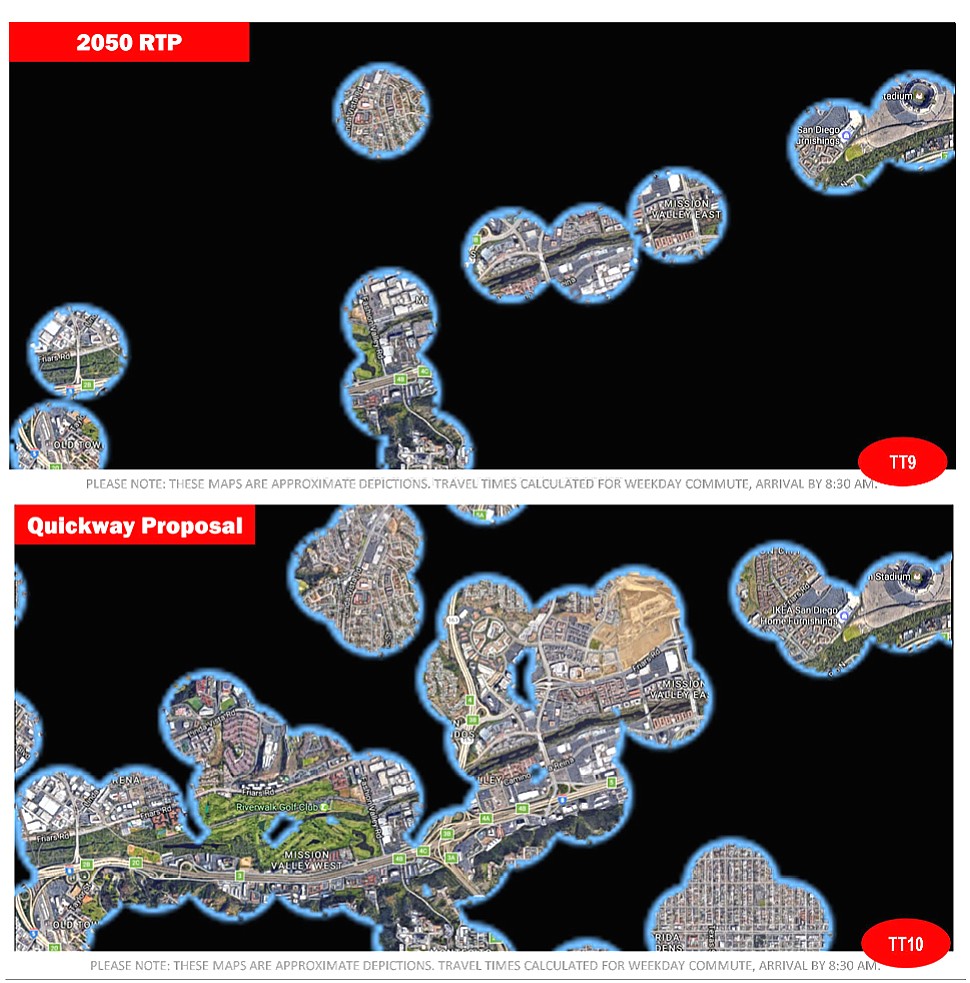 Quickway plans to have more stations (bottom) that deliver residents in Mission Valley and surrounding neighborhoods to Fashion Valley within 10 minutes. The top shows Sandag's coverage.

San Diego wasn't always behind the curve. It had the first electric streetcar service on the West Coast (late-1800s). It was created by John Spreckels, local developer and sugar heir who owned the Hotel del Coronado and the San Diego Union. Spreckels said, "Before you can hope to get people to live anywhere...you must first of all show them that they can get there quickly, comfortably, and above all, cheaply." 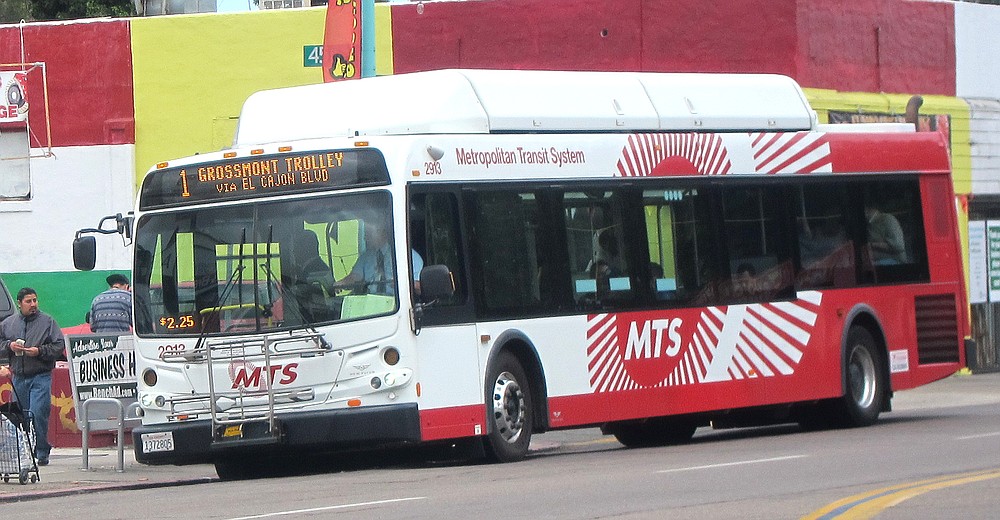 Alan Hoffman's Quickway proposal sounds like something Spreckels might have gotten behind. Hoffman, a city planning lecturer at San Diego State University, said his proposal is geared toward increasing ridership by getting people to their destinations faster. It works by having a super station express network that leap-frogs between main destinations while mini-stations, atop the same network, make more frequent stops.

Hoffman said Quickway can create a better transit network for the same Sandag budget. Not only that, he said his proposal to extend rapid transit coverage to most destinations is actually cheaper to operate. Sandag has been less than enthusiastic.

"Sandag isn't asking the right question and that is how to create a transit system that attracts new riders in the middle and upper-middle market." A Sandag report released in April stated ridership increased ten percent between 2007 — 2017.

Hoffman's plan to raise ridership hinges on travel time and transit station locations. "The further you are from a station, the fewer riders you'll get. By the time you're a quarter-mile walk from a station, you've lost half your potential market; at the destination end, you have to be even closer." Hoffman said workplaces adjacent to a transit station have as many as 20 to 30-percent of employees taking public transportation. "Even three blocks away and it goes down to five-percent."

Before Charles retired, he took the long trek from Clairemont to Eastlake. "To get there by 8:30 a.m., I would have to catch the bus by 5:30 a.m. I would make three to four changes [transfers], part of it buses and trolleys. Then I had to walk 41 minutes. With my physical disability, I just couldn't walk that far."

Quickway uses a mix of bridges, tunnels, and surface pathways to save travel time and allow for more mini-stations. Hoffman said electric buses will be key for multiple routes in multiple directions. He said it's much faster and something rail lines can't do.

In May, the Metropolitan Transit System board approved the purchase of six 40-foot electric buses for $6 million (expected summer 2019). The buses are funded partly from California Senate Bill-1 that narrowly passed last year and raised the gas tax by 12 cents a gallon and imposed new vehicle fees that many aren't happy about. Including those that got enough petition signatures to try to repeal it on November's ballot. On Ballotpedia, it states the initiative will not be on the ballot. But the California Secretary of State's office has not yet confirmed the signature count on the initiative yet. SB-1 has awarded more than $860 million to San Diego thus far.

Hoffman made clear he doesn't want to bash Sandag, but said it comes down to how they are measuring success. "Do you count linked or unlinked trips? Do you measure transit stop to transit stop or do you include walking distance?"

According to Hoffman, San Diego's network of trolleys fall short of meeting the needs of employees when a transit station isn't within walking distance. As to the Holy Grail that is transient-oriented development, Hoffman says trolleys are missing the mark by running through less desirable areas that hinder significant new development.

On Friday, after seeing his daughter off at the Old Town station, Mac said. "One thing I don't hear much talk about is how building luxury homes near transit centers could push people that most need [public transportation] further away from it."

In 2014, projected average travel times showed Quickway at 16.7 minutes versus the current 56.1 minutes. North County and South County riders are estimated to save an average of 60 to 70 percent travel time; Central and East County, an average of 50 percent.

"Let's say you're in North Park at Thirtieth and El Cajon and you want to get to Mission Valley. In Sandag's plan that trip in 2050 by rapid or semi-rapid transit will take you 31 minutes. In Quickway, seven minutes." Under Quickway, there will be more stations delivering residents in Mission Valley and surrounding neighborhoods to Fashion Valley within 10 minutes.

"This is not my first rodeo." Hoffman has worked on transit projects all over the world. He has been working on Quickway for twenty years. Hoffman said he needs to raise $10,000 to take it from strategy to plan with specific projects, since it's easier for the powers-that-be to get behind projects. "If we do get the backing, we can complete it by end of summer."

Sandag will put out transportation network scenarios for public review this summer and Sandag's board will select the preferred scenario this fall. The 2050 regional transportation plan update will be adopted by the end of 2019 (last adopted in 2011).

I wasn't aware that the initiative to repeal SB-1 failed to qualify for the November ballot.

It's still in play, so nothing sure yet. I believe June 28 is the deadline in the CA legislature.

The bus system in San Diego has been a joke as mass transit. It could not support itself if not for massive public subsidizes. A person on a bike can get where they are going faster than the bus. There are few, if any, bus shelters for passengers. They squander money on overbuilt buses and upscale equipment. Most of the buses run empty most of the time. For mass transit to work buses, etc, have to run 24/7 and go to places where people work. To get anywhere on a bus it takes hours and if you work nights or weekends you can't get anywhere.

How many people want to ride a bike to work, or go grocery shopping? Relatively few. Of course there is public subsidizing here; that's the case in all cities. And there are more bus shelters than ever. RE: "Most of the buses run empty most of the time." From my personal experience, that is a false statement. The 7 and 10 carry a lot of passengers. Do you even ride the bus?

I think it depends on the part of town. I would love to take public transportation instead of drive, I just can't justify how long it takes most times. Though, that express bus that goes to jury duty in 15 minutes is awesome. Huge fan.

I am sure that there are some routes that are busy but very few. Go to the end of the line in La Mesa and you will see huge buses with no one on them. Go to the end of the trolley line in Santee and see the empty cars arrive. I avoid the bus any time I can. From College and El Cajon Blvd. it takes over an hour to get to the west end of El Cajon Blvd. The outlying bus stops are nothing but a pole with a sign. To get to any other outlying area or other city it takes several transfers and, with few exceptions, long waits.

We subsidize driving on a massive scale - where's your criticism of that? http://cityobservatory.org/theres-no-such-thing-as-a-free-way/

Not to mention all the free parking our city provides on residential streets, parks and even at the beach! These cost money for the city to maintain. Many other cities charge for items like prime beachfront parking and use the revenue for a variety of services - including maintenance of roads and lots.

The Metropolitan Transit System has a fantastic web site where you can plan trips and study options. It remembers where you are, so when you return to the site you save a bit of typing. Very informative.

The monthly pass system has been WAY behind the times but I guess they'll fix it (or maybe they have already). MTS is a huge bureaucracy and slow to move, but it's not really terrible.

I recommend that every citizen take a vacation right here in our town. Get a transit pass and visit all those parts of SD that you have neglected. Hop on any bus or train and see where it goes. Get off at a random location and explore. Talk with local people, eat local food, browse a local bookstore… Do this every day for a week or more. Repeat after 3 years. Cheaper than a week in Cancun and more rewarding.

Well said! A "staycation" is a great idea, and definitely a money saver. And despite what AlexClarke wrote ["To get anywhere on a bus it takes hours"], I've been riding buses in SD for many years, and have never taken one trip that took "hours" to get anywhere. That's silly hyperbole.

It depends on when you need to be somewhere and why. If it doesn't matter, it's probably not as bad. The one gentleman I talked to was on his way to work and he will likely be early but he has to plan so not to be late. I think that needs to be remedied somehow. No one should have to leave two hours ahead of time when they are 15 minutes away by car.

The school district I work for is about to receive three 40 foot electric school buses, for $400,000 each. You are paying a million each?