Who had the right of way? 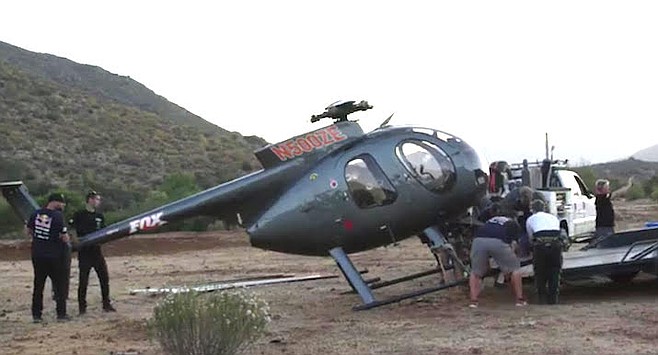 Casey Currie is a 34-year-old professional off-road racer from Norco. Last week he won the Hammer Truck Unlimited class with his #4422 Jeep in the Baja 500. 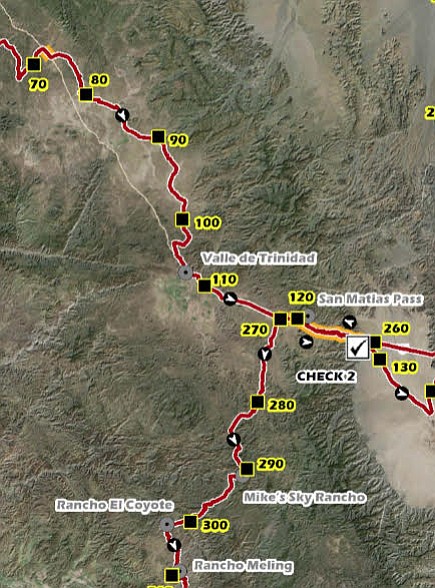 The crash happened at race mile 110 (110 miles southeast from Ensenada), about 15 miles before the second check point.

A couple of days later he uploaded a video of him and others loading a helicopter onto a flatbed trailer. The title of the video was "Results of Drone Crash into Helicopter."

He explained to his viewers on a caption underneath the video: “During the Baja 500 while chasing from a helicopter, a fellow race team was struck by drone. The helicopter's tail rotor started to fail and with quick reactions the pilot was able to safely maneuver the helicopter to the ground without any injuries. Being that the helicopter couldn’t fly now we had to winch it on to a what normally is a car trailer.” 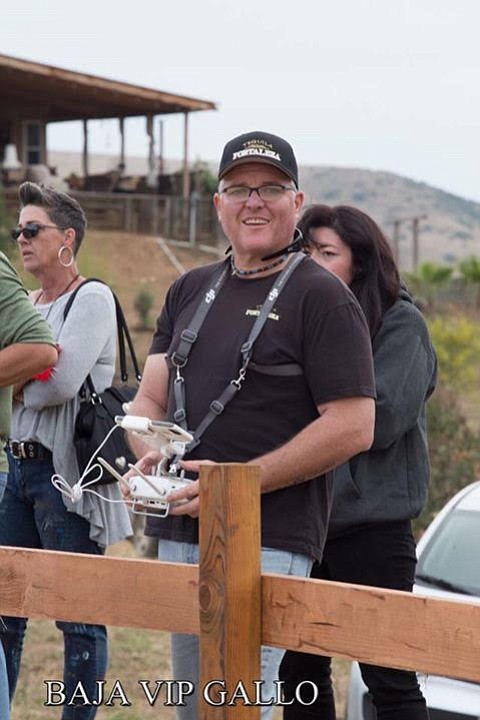 Scot Richardson, drone specialist: "I always stay on the side of legal as much as possible."

Currie then commented that the crash happened at race mile 110 (about 110 miles southeast from the start-and-finish point in Ensenada), about 15 miles before the second check point.

Then the self-proclaimed owner of the helicopter chimed into the Facebook thread, saying, “As a commercial pilot and owner of that helicopter, I can say that most of you don’t know what your talking about. The only altitude rule for helicopters is you can’t endanger people or property. Period! (Unless a minimum altitude has been specified by some official agency.)

“We were at 200 feet agl (above ground level) descending into our fuel pit 1.5 miles away when the drone ran into the right side of our helicopter. It continued back and hit the tail rotor. The vibration from the bent tail rotor blades was so bad I had to set it down immediately. I spent my entire day today removing all the screwed up parts. It’s bad [and it] could have been much worse if it hit the main rotor blades. (Crash!)

“Clearly the drone pilot didn’t know that drones must give way to larger aircraft.

“Most of the time we stay up at 200 feet or so unless we are letting a bike know that a Trophy Truck is on the way, stopping a wrong way vehicle, or looking for booby traps. 500 feet is too high to accomplish these tasks. The only time any helicopters were at 500 feet was due to the high heat in the SF section. (We were at 2,500 feet for most of it).

“I would also like to point out how most people like to piss and moan about helicopters until we are landing to help save someone’s life.

“So go ahead and rant all you want. I really don’t care!”

Scot Richardson is a 53-year-old GIS Specialist that lives in Rosarito. He’s been flying drones in Mexico for five years and has covered the Baja races with his DJI Inspire.

“By the looks of it, it appears that the drone may have struck the helicopter perpendicular to its path.” he said. “When I was invited to film the [remains] of the Uribe Navy ship here in Mexico, there were at least a half a dozen helicopters flying at the same time and we had to coordinate between all pilots and when I could go in to get close-ups and when I would have to pull out so that they could come in.”

“The same rules pretty much apply in Mexico as in the U.S.,” Richardson said, “but unfortunately there is no enforcement in Mexico. I always stay on the side of legal as much as possible. I have never been ticketed, and have clients that fly me into several areas of Mexico to do filming for them.”