But it can't have them 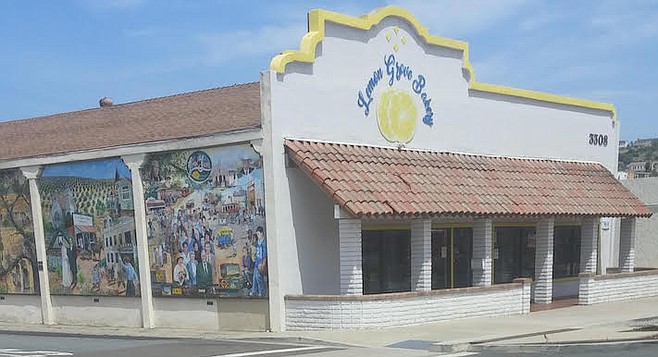 Lemon Grove Bakery looks the same - except for one thing. The open space in front of the display case is now missing the tables and chairs that customers used for chatting over coffee and cupcakes. A new visit tells me the patrons who enjoyed it are gone, too. 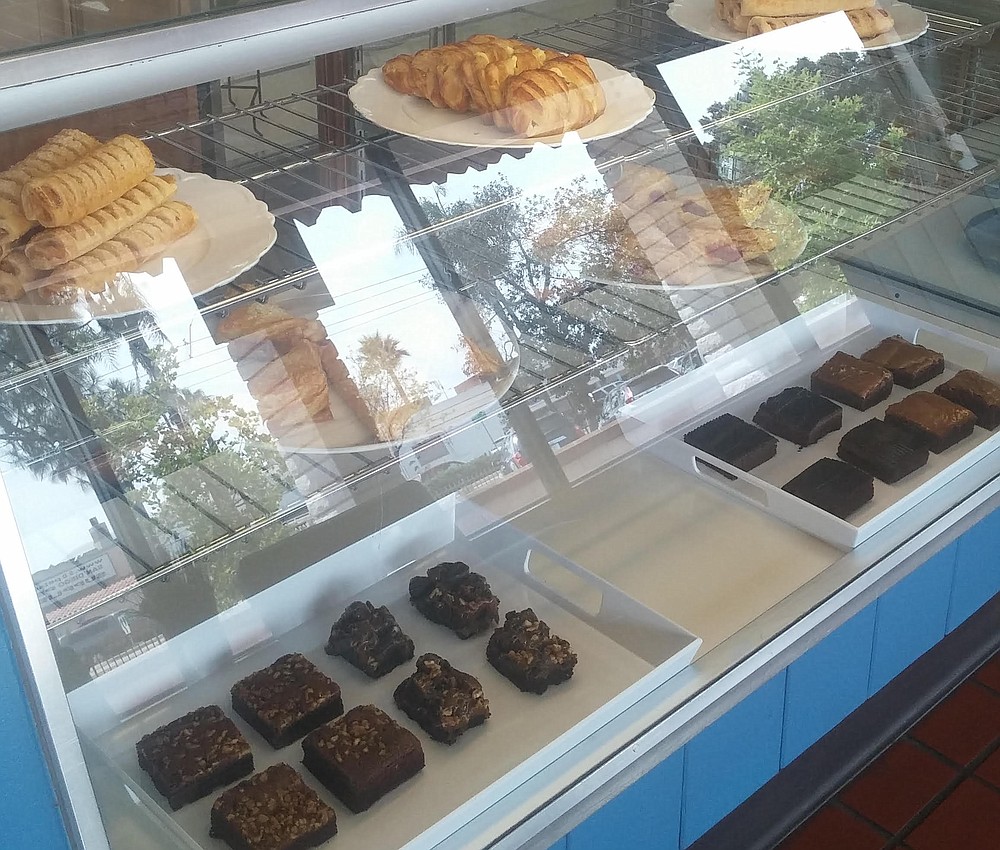 My memory comes from when the business was called Grove Pastry Shop. Why would the new owner give up a good thing?

Employees at the bakery explained that the previous owners took its furniture with them when they left, and it hasn’t been replaced because serving food inside requires having a public bathroom. 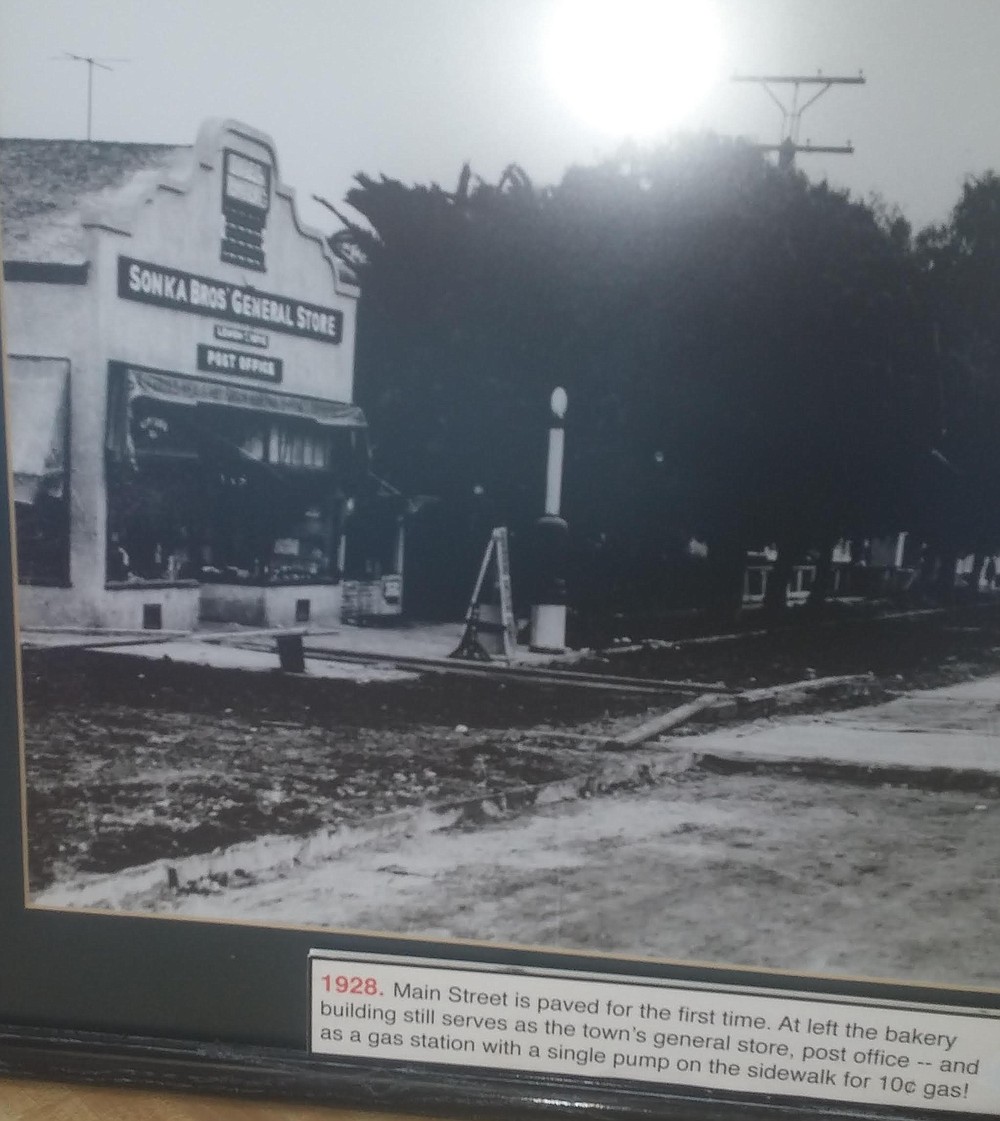 But the City of Lemon Grove’s code enforcement department tells me that a business serving food lets customers use its bathroom(s) only at its own discretion.

A parenthetical remark in the June 2017 issue of East County Magazine suggests a slightly different answer: “The city’s new health regulations no longer allow indoor dining tables unless there’s a public restroom, but the bakery’s back room is used for bakery production.”

Health regulations would likely override any grandfather clause. “After six months or more, grandfather clauses run out anyway,” according to Helen Ofield, president of the Lemon Grove Historical Society. And Grove Pastry closed its doors over a year and a half before Lemon Grove Bakery grabbed the baton in June 2017.

The current bakery does have a few armless easy chairs lining its front wall. But they are not conducive to the coveted gabfests.

Lemon Grove Bakery, located at the corner of Main Street and Pacific Avenue, could install a public bathroom, of course. Except that the building housing the establishment has a historical designation, the employees maintain, that forbids the owners from changing it structurally.

The owner of the bakery is Burton Restaurants, whose other activities include bringing Dunkin Donuts outlets back into San Diego County. Tali Burton is one of its co-owners.

Marlene Gonzalez, who manages the bakery, tells me that the owner (I am guessing she means Tali Burton) can provide more information about the situation and gives me an email address. But three emails yield no further information. In the last one, I ask if perhaps the company plans to tear down the bakery building.

The Catch 22 of being required to have a bathroom, yet forbidden to build one, is a convenient explanation, but Helen Ofield says Lemon Grove actually offers no process for granting properties historical designation.

But don’t tell her that the building having no official designation means it’s not of historic significance. Ofield becomes rhapsodic when talking about its Mission Style architecture, its construction as a general store 105 years ago, its transformation into a bakery in 1947 and the mural depicting the history of Lemon Grove on the south-facing wall, kept in pristine condition with a new protective coating from the historical society every five years.

“Any attempt to bulldoze that treasure will be met with Tiananmen Square resistance,” Ofield promises.

Back in the 70s the bakery was a morning hangout for all the movers & shakers: mayors, council members, business owners and respected citizens having their morning coffee there before work. It was better than the Tonsorial Parlor for getting the latest news & opinion.

Ownership changes cooled that environment to the extent that nobody who was anybody would sit and sip. One employee around the late 80s had disturbing comments about a certain owner involving unwanted sexual advances. Disclosure: I know nothing about the current owners.

BTW, everyone with an interest in East County history should stop by and check out that mural on the south wall. Very nice. Ms Ofield would also encourage you to visit the Historical Museum in the nearby park.