His first instrumental album features him playing guitar on all tracks 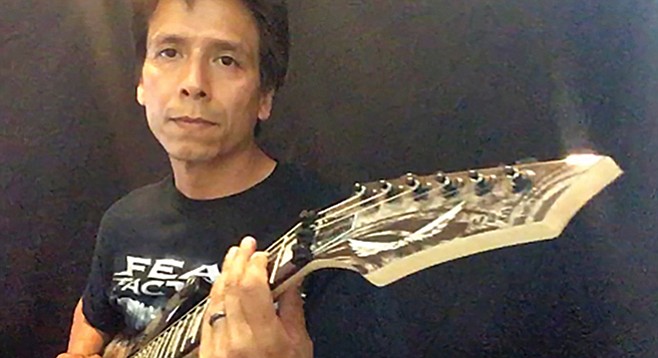 “I’m a solo musician-guitarist who also licenses and mixes music for multimedia videos,” says Mando Padilla, who played thrash metal in bands like Yabutifida, Meagan’s Jar, and OHK in the 80s and 90s. He began self-releasing indie collections under his own name in 2001. “These days, I’m a guitar geek who likes to focus on musicianship and recording music.”

A new release, Tripping the Riff, is his first instrumental album featuring him playing guitar on all tracks. “The main riffs of every song were written on the fly, with the rest of the compositions composed and recorded shortly thereafter.” The first single, “US Fest Metal Day Tribute I & II” consists of two songs marking the 35th anniversary of the US Festival’s Heavy Metal Day, with an ambitious musical collage inspired by the bands on that 1983 bill.

“I was ten years old at the time. I drove out there with my uncles and their friends from Santee. Quiet Riot wasn’t even popular yet… Motley Crue freaked me out a little bit. They were really intense for the times, almost punk.” Other acts included Ozzy Osbourne (“Jake E. Lee’s guitar playing was incredibly fluid”), Van Halen (“took forever to hit the stage”), Triumph (“I actually fell asleep”), Judas Priest (“I remember the rumbling sound of Halford’s Harley”), and the Scorpions (“That was my band in those days”). “The idea was to create a sort of musical conglomerate in the styles of those bands. From there, it was a matter of topping it off with harmonized guitar solos.”

“Back then, you had to rely on photos and your memory, because they didn’t have cellphones, but I remember enough to tell the story. When I wrote this music, I just took myself back to that time and what it felt like. The guitar solos were the only exception where some thinking was involved but, overall, the idea was to craft a tribute to one of the most amazing times of my life.”

Padilla enjoys the freedom afforded solo acts and no longer performs live. “The last band that I played in was OHK in 2000 at a club in San Diego. I just remember there being a good sized mosh pit. Making videos in my home studio for social media is where I perform now. I’ve explored alternative, folk, and metal, but am now 100-percent dedicated to shred metal-style guitar.” 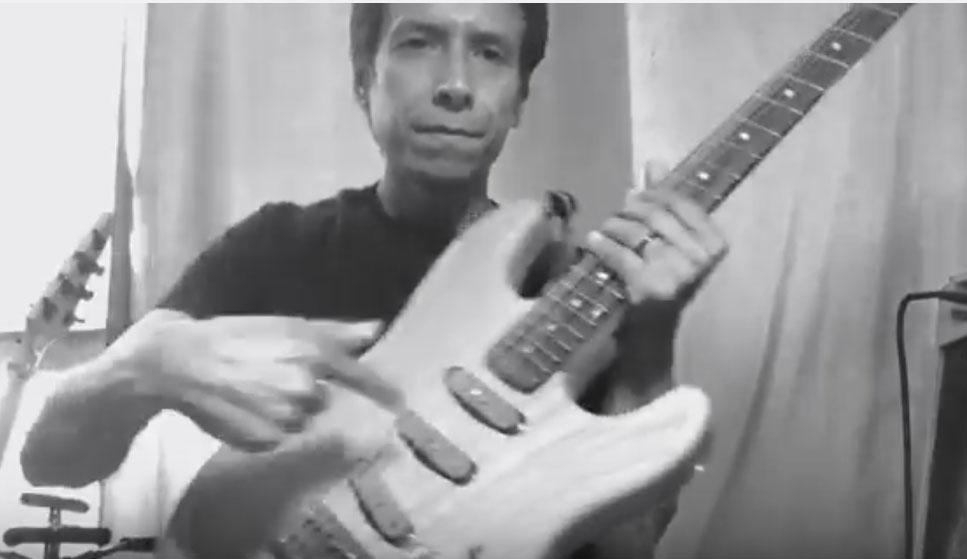 To that end, Padilla has created a popular YouTube channel with frequent new posts and lengthy discussion threads. “The videos that get the most views are my cover songs. Sometimes YouTubers will ask me for the tablature or how I play a certain part. The interaction between viewers is what motivates me to create the videos.”

His most commented-on videos cover songs such as “Infinite” by Forbidden, “Fatal Tragedy” by Dream Theater, and the violin solo from “Cold Hearted Snake” by Paula Abdul.

“I’ve also reviewed the Kirk Hammett guitar pick, and made videos with light-up and glow-in-the-dark gloves.”