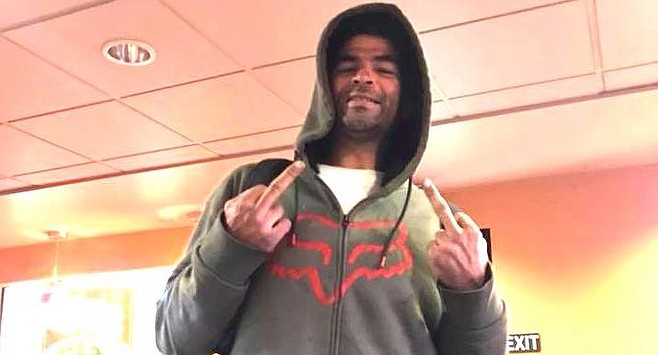 Some homeowners on Carefree Drive, Peaceful Court and Restful Court in Santee aren’t getting the tranquility they bargained for. The Carefree condominium complex off Magnolia Avenue and across the street from Santana High School, say residents, is plagued by drug addicts committing crimes. 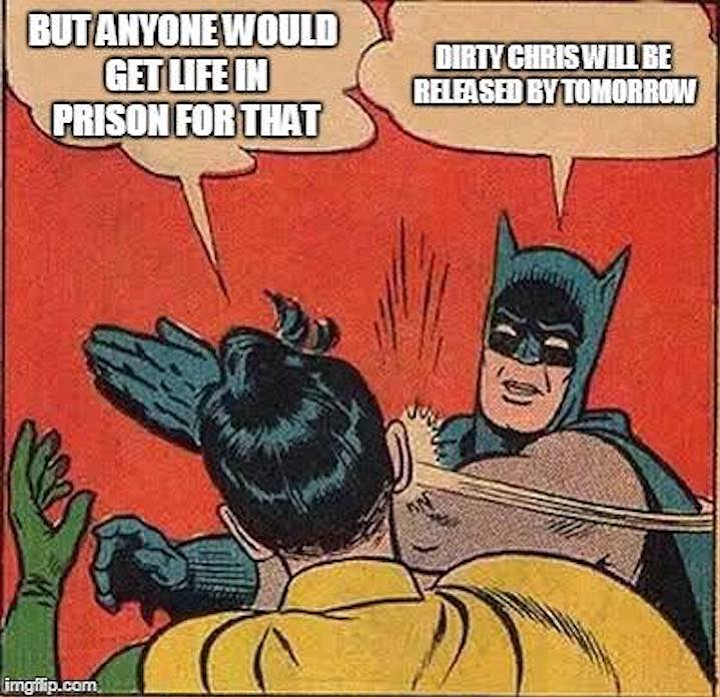 They reportedly go inside laundry rooms without locked doors to deal drugs, use drugs, urinate, defecate, sleep, spray Nazi graffiti and even steal washing machines. Locked laundry rooms have been broken into. 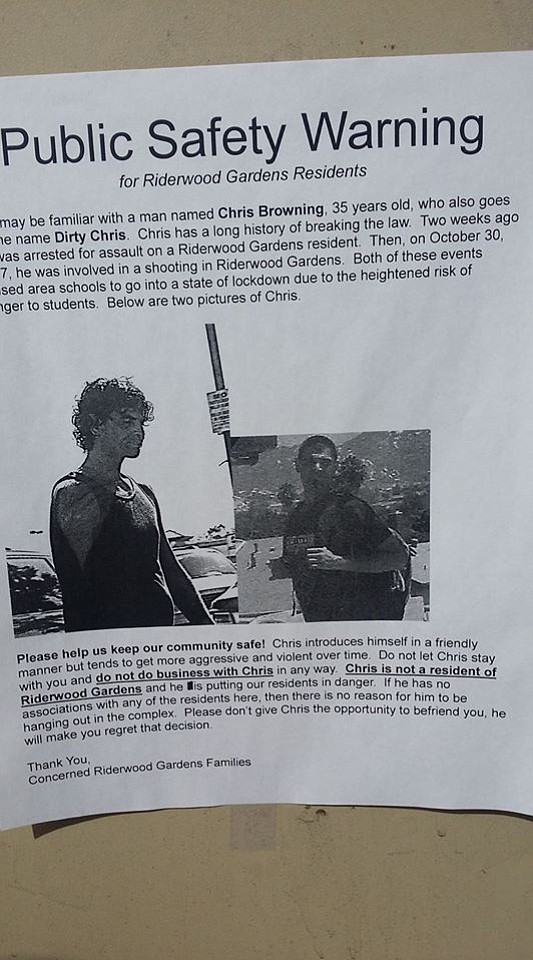 Some blame law enforcement for a lax response. Others blame the statewide initiative Proposition 47, which became law in November 2014 and reduced penalties for certain drug and theft crimes.

Residents say there are several known outlaws that prowl their neighborhood, but they single out Dirty Chris as the poster child for what Prop. 47 and soft-on-crime judges have done to them. 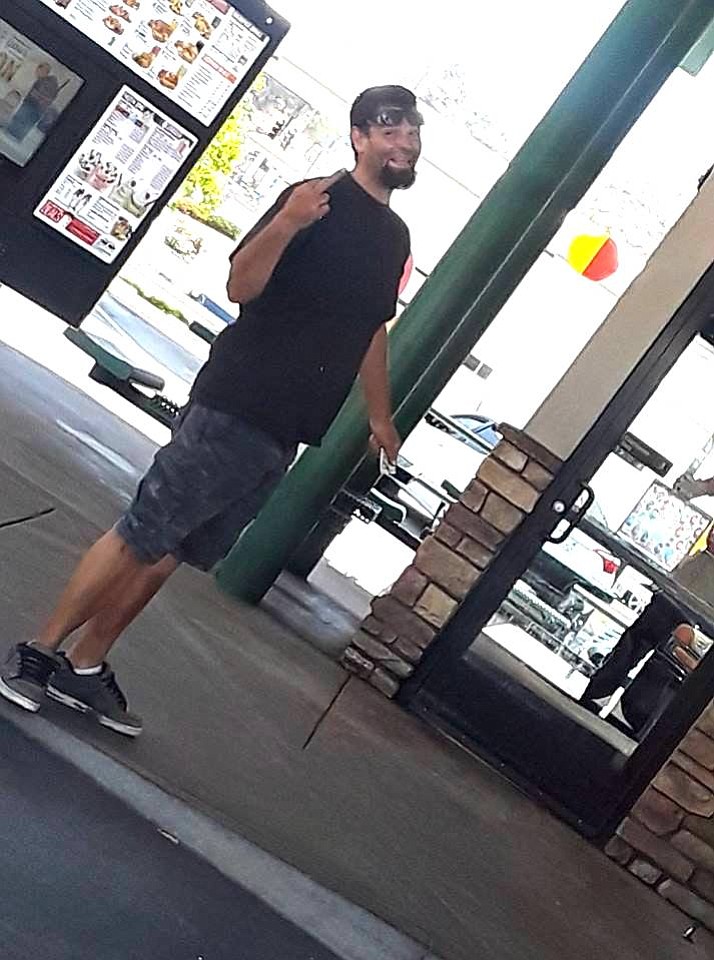 Browning was shot by Grady Alan Neel III in Riderwood Garden condos, the residential complex to the south of Carefree condos. “Half of the city of Santee celebrated. Some guy even bought Grady a cake.”

Christopher James Browning, born 1982, has been the subject of at least eight criminal cases and four civil restraining order cases since 2014, the year Prop. 47 became law.

People who know him say Dirty Chris won’t leave the neighborhood because he makes money selling drugs to teenagers and pre-teens who live there and preys on female Santana High students. They say he steals bikes, burglarizes homes, steals from cars, destroys property, indecently exposes himself to women, beats up elderly women, and makes death threats.

Browning is not listed on California’s sex offender registry and has avoided prison. His criminal case files show one sentence of three years probation after another. But his evasion of prison isn’t entirely due to Prop. 47. 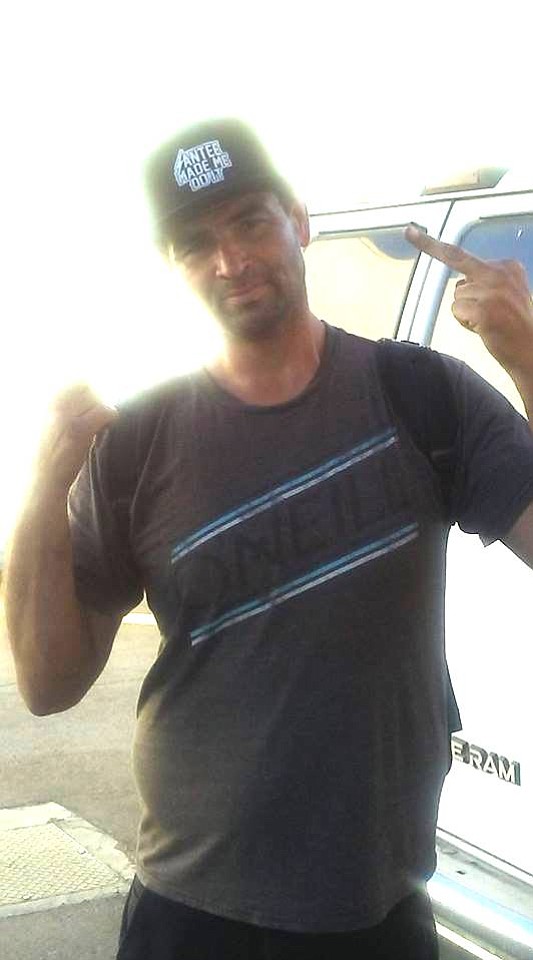 People say they don’t report his crimes anymore because he never stays in jail for long and always comes back to retaliate.

On March 10 Browning attacked 60-year-old Claudia DiMaggio on Carefree Drive and she had to go to the hospital. He was arrested on two felony charges that could have put him in prison for years. In court his two felonies were reduced to one misdemeanor and again he was sentenced to three years probation. Santee townspeople aren’t happy to see him roaming free.

Last year, on the night before Halloween, Browning was shot by Grady Alan Neel III at Neel's residence in Riderwood Garden condos, the residential complex to the south of Carefree condos. Neel was arrested, given a felony conviction and lost his guns. Browning recovered from his injury.

Carefree resident Haven Walker said, “Half of the city of Santee celebrated. Some guy even bought Grady a cake.”

The sheriff’s department and D.A.’s office declined to comment on why the shooting was not justified. Neel’s wife filed a restraining order against Browning shortly after and described what happened on October 30, 2017:

“[Browning] has threatened to kill Grady and other residents in our complex many times. He previously head-butted my husband splitting his nose open. He broke down our door earlier in the month and charged up the stairs to break it down [again.]”

Court records show a year before the shooting another resident of Riderwood Garden tried to file a restraining order against Browning but it was dismissed.

A year before that a resident of Woodglen Vista Apartments, a mile north of Riderwood Garden off Magnolia, filed a request for restraining order against Browning stating, “He's 6’5” 200 pounds, very intimidating and frightening.” The order was granted and prohibits him from coming within 100 yards of the petitioner and his mother. The court order prohibits Browning from owning or possessing any firearm.

This February a restraining order was granted against Browning to a woman living near Cottonwood Avenue condos, a half mile south of Riderwood Garden. She reported Browning threatened to stab her.

Most residents I questioned asked to remain anonymous. Walker says, “When someone does report him, Dirty Chris always retaliates like leaving nails under your car tires or kicking in your gate.”

People say they don’t report his crimes anymore because he never stays in jail for long and always comes back to retaliate.

One Carefree crime victim says, “Since Prop. 47 crime is rampant because criminals know they can get away with it. And cops say they can't arrest anyone on a misdemeanor unless it happens in their presence. I am not blaming law enforcement; their hands are tied.”

A sheriff’s department spokesperson stated: “We encourage people to call when they are the victim of a crime or see suspicious activity.”

Prop 47 doesn't make prosecutors plead down violent felonies to misdemeanors, or stop judges from considering a defendant's criminal history. Nor does it compel the police to fail to enforce the laws or not confront someone posing an imminent threat—especially as well known to them as Browning—out of concern for their own safety. But most of all, Prop 47 doesn't explain how anyone was allowed to become a menace before November 2014.

I believe those involved in the incarceration complex have a vested interest in letting scofflaws make things just miserable enough for the community that they get Prop 47 repealed and back in business.

The Sheriff is a County job. Gore doesn’t care about the cities that pay to rent deputies. Those grievances have to be worked out between the city manager and city council. The County has almost unlimited resources when it comes to law enforcement, but cities that rent get way less than they pay for and can do little about it except to form their own police force. That is a very expensive undertaking and the Sheriff knows it. Cities should not incorporate unless they have a solid, long-term plan, to address crime and the escalation of crime that comes with an increasingly less affluent population.

We have one, but good luck getting your scofflaw elected officials to issue CCW permits

The Sheriff is issuing now. I pick mine up next week...

Wow. It's about time. Congratulations.

Is this a true story? LMAO!!! I would whoop that fools [email protected]#. Things like this don't happen in Southside or Chula. Dude would get messed up. Crazy whites.

Oh and The Reader isn't reputable... LOL dubious af. I like it though.

This is what happens when you rent cops from Bill Gore.

Well folks; this is your elected representatives showing you how much they care for your quality of life. They are giving you the middle finger by not dealing with the homeless folk.