Sorry, done with your murals

North Park parking garage call for entries — or maybe not 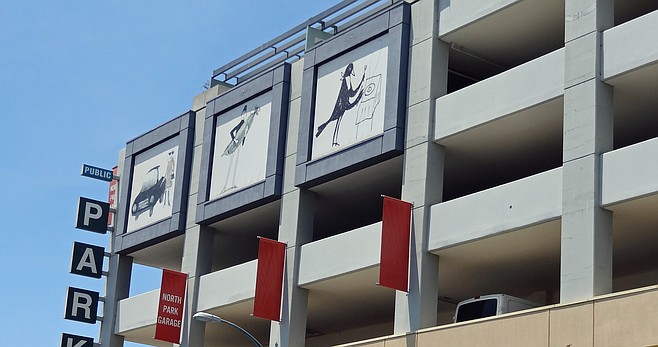 While the San Diego Redevelopment Agency existed, it wanted original artworks installed at the new North Park parking garage. Longtime artist and North Park resident Blair Thornley responded to submission requests from North Park Main Street, and was selected for the project. The panels went up in Spring 2011. 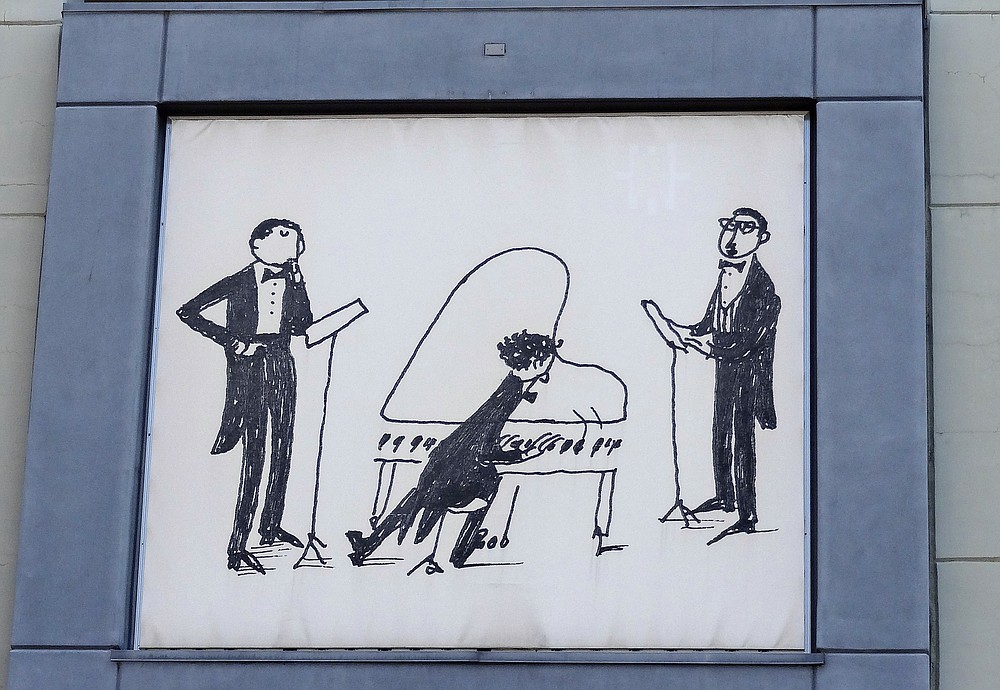 According to a San Diego Uptown News article at the time, “The city’s redevelopment agency spent $70,000 on the project. Expenses included payment to a Los Angeles firm that enlarged the original drawings. Thornley, a 16-year North Park resident, accepted no commission for her work.”

In March of this year, North Park Main Street and Ace Parking announced a competition to replace the existing artwork “with up to 15 new works of art by one to four artists.” The requirements seem vague, but emphasized that artists should “create a cohesive look for the final project that fits the culture of the community.”

The creative amount for the artist(s) is $20,000. Separately, Ace Parking will “fund the engineering, printing, transport, installation, site preparation, lighting, insurance and other costs for getting the artwork displayed on the parking garage.” Deadline for artist(s) selection was June 26; installation is set for Fall 2018.

Oddly enough, North Park Main Street can throw all the requirements and proposals right out the window, and pick someone else if it chooses. They stated: “North Park Main Street reserves the right to reject any and all proposals; to cancel or alter the selection process; to initiate an alternate selection process; or to reissue the RFQ for additional pre-qualified artist candidates."

Romero has a bachelor’s in fine art photography from University of New Mexico, and an MFA in art studio practice from San Jose State University. Romero said they received 22 submissions, and that being a local artist is not necessary: “I think it’s important to capture the setting and community of the space where the artwork resides, not whether it was done by a local or out-of-town-artist.”

Professor Eva Struble is an associate professor of art at SDSU’s School of Art and Design. She recently created an exterior mural at San Diego International Airport. A longtime resident of Ocean Beach, Struble emailed from France where she is currently teaching.

Regarding public art, Struble said, “Public art has the potential to make us stop in our daily runaround, and be surprised, amused, or reconsider something we had taken for granted.”

As for art with a North Park theme, Struble says she’s “keen on projects that dig up overlooked histories, or they could bring in something entirely different and surprising to the setting. Something radically different allows people to ‘sit with’ a bit of confusion or discomfort before they grow to like or understand an artwork.”

Thornley said she had wanted “to contribute to my neighborhood, hopefully to add humor or lightness. I have had only positive feedback, mainly from neighbors and friends.” About ownership, she said, “When the pieces are taken down, they were to be divided between myself and the Redevelopment Agency of San Diego, which no longer exists. So I suppose they are mine.”

I didn't state any such inaccuracy in my article. I quoted the exact language of the DISCLAIMER in the REQUEST FOR QUALIFICATIONS. If NPMS expected high-quality proposals (and I predict there probably will be some), why was that disclaimer even needed?

I thought those murals were cool, that's a bummer. Though, maybe it's just to get some attention for the garage so more people will use it. I know the last time I was there, people were wait for parking outside for free instead of heading on in.

I think you're right about the attention-getting. I've heard that the garage is underused, even though the rates are reasonable. I don't drive anymore, but I don't know why more drivers don't make use of it. I think they will when the new Target opens on University Ave.