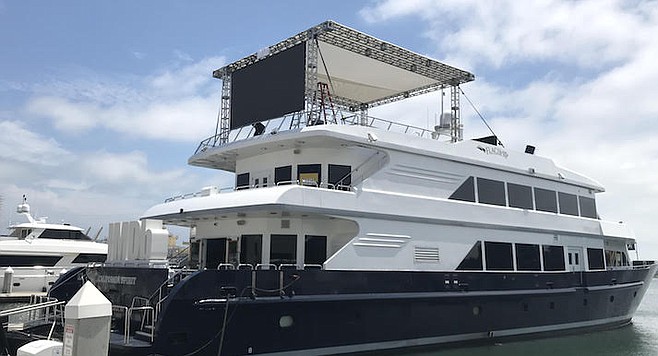 “Watch out San Diego Comic Con 2018 because Captain Kevin Smith is going to be onboard the IMDb boat,” Smith said on an online video. 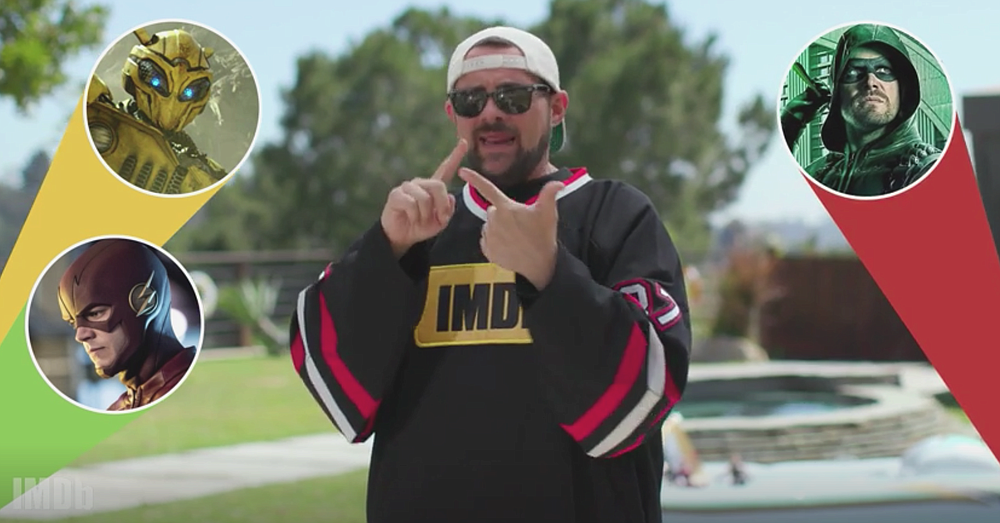 Smith is a 47-year-old actor and director of movies Mallrats and Clerks.

This is his third year to post up on the California Spirit, a 158-foot yacht — behind the San Diego Convention Center.

Smith added that this year, he’s bringing cast members from the Bumblebeeabout a yellow Volkswagen Bug that transforms into a robot, The Flash movie, and Arrow, the superhero television series.

IMDb, an acronym for Internet Movie Database, is the world’s most popular and authoritative source for movie, TV and celebrity content. It was launched online in 1990.

On July 17, I parked over by Joe’s Crab Shack and walked about an eighth of a mile to the Fifth Avenue Landing (east gate) to check out the yacht. Upon entering the stern, the celebrities and fans will be greeted with a giant IMDb letters in between the set of stairs that lead to the first level. On the third level of the yacht, staff members were constructing a truss frame with a large jumbotron screen facing the convention center.

The IMDb party begins on Thursday, July 19, and the spirits most likely will be coming from either two of the cocktail bars within the two climate-controlled lower levels.

Last year, hundreds of fans hung out by the landing to watch the live interviews on the screen and waited as celebrities were escorted to and from the convention center, which is about a hundred yards to the north.

Alan Hickey, a photographer, covered the 2017 Comic-Con for his college newspaper, City Times.

“Men in white polo shirts started running two lines of rope across the footpath over to the IMDb yacht,” he said. “As I turned around, the cast of Fear the Walking Dead and their handlers started to walk through. I photographed Sam Underwood, Colman Domingo, Kim Dickens and Alycia Debnam-Carey.”