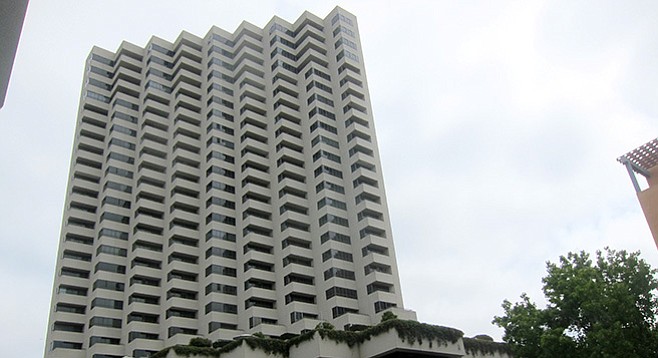 Murder at the Meridian?

Downtown’s Meridian condo tower on Front Street is getting some help from San Diego cops in covering up the details of a mysterious death at the building, fueling growing speculation that the incident is linked to influential members of the local establishment who own luxury units there. “The woman does not appear to be a resident of the approximately $4 million condo she was found in, based on available public records,” KNSD reported July 4. “It doesn’t appear her husband or any of her relatives lived there,” the TV station said.

According to TV reports, the victim, 29-year-old Allyson Mary Rieg, was found “unresponsive” by her husband Saturday afternoon June 30, but there the trail ends, at least for public consumption. On July 9, the cops turned down a request made under the California Public Records Act for police incident reports. According to the city’s response, “Lt. Anthony Dupree, Investigations II - Homicide, on behalf of Capt. Michael Hastings, Investigations II,” is keeping the documents under wraps, asserting that “public interest in disclosure is outweighed by other factors.”

Violent death, scandals, and an array of criminal players are no strangers at the Meridian, whose well-heeled condo owners have often turned to San Diego cops for both physical and social protection. In May 2015, ailing Phoenix jeweler Donald Raskin was found shot to death in his 26th-floor corner unit. Raskin’s daughter subsequently sued his widow, charging she was “physically, verbally, emotionally, and financially abusive to her husband, which led to his death. She alleges that Defendant and Decedent’s care giver were having an affair at the time and that both were present when he died.”

Last summer the Raskin residence became the city’s most costly condo listing, then on the market at $4.7 million, well under its 2005 peak of $5.5 million. Other infamous residents have included ex-Padres owner John Moores, first wife Becky, and daughter Jennifer, who in September 2004, sold her unit for $3.1 million to David Malcolm, the Republican political kingpin who two years earlier pled guilty to felony conflict-of-interest charges related to his tenure on the port commission. In the past decade, Malcolm has given a total of $41,980 to city politicos, including $5550 to Mayor Kevin Faulconer and $1050 to City Attorney Mara Elliott. Democrat Valerie Stallings, the San Diego city councilwoman forced to resign in January 2001 due to gifts of stock she got from Moores during the run-up to voting on his massive public subsidy package, subsequently took up residence at the Meridian. Physician Phillip Rand, whose first wife Tamara was gunned down in a suspected 1975 mob hit at their Mission Hills home, liked the Meridian so much his memorial service was held there following his death at age 94 in May 2015. 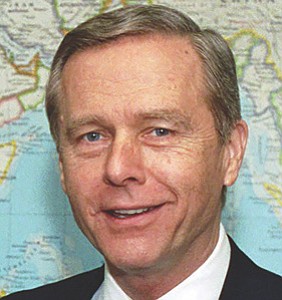 Sounding more like a tree-hugger than the button-down, anti-regulation Republican who once was San Diego mayor, U.S. Senator, and California governor, Pete Wilson took to the op-ed page of the Los Angeles Times last week to condemn a Native American tribe for too much real estate development. “The Santa Ynez Chumash, a tribe of fewer than 140 enrolled members, reportedly earn $300 million a year from their reservation-based casino near the town of Santa Ynez,” stormed Wilson. “The tribe also owns more than 20 off-reservation properties: hotels, restaurants, gas stations, apartments — and a 1,427-acre parcel of open space nearly two miles from the casino. Now the Chumash want to build 143 new homes for tribal members and a 12,000-square-foot community center with parking for 200 cars on the open-space parcel — known as Camp 4 — which is supposed to remain largely agricultural land with only 14 residences under the valley plan.” The ex-senator blames fellow GOPer Doug LaMalfa, a congressman “whose district is 430 miles north of the valley,” for championing a bill to advance the project. “I find it just plain wrong that through special-interest meddling, Washington would open the door to unregulated development in one of California’s most special places.” Wilson currently works at Wilson Walsh George Ross, a consulting outfit that specializes in “passage, amendment or defeat of legislation, or the modification by agencies of rules, to assist the client’s projects and objectives,” per the firm’s website. His first clash with the Santa Ynez Chumash came in 1998 when as governor he joined his big money donors and Las Vegas casino owners in a failed campaign against Proposition 5, a California initiative approved by voters to allow expansion of Native American gambling. The ever-voluble Wilson kicked up a campaign contretemps when he said a lawyer for the measure should “lose his scalp.”

Has there been any update to the investigation?