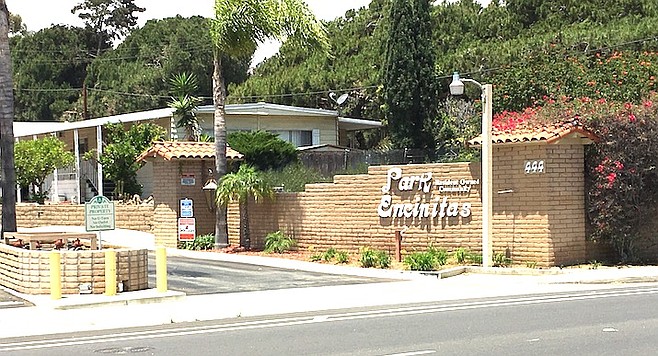 When Cardiff by the Sea resident, former NFL tight end star Kellen Winslow, Jr. was first arrested on June 7, for attempting to break into a unit in the El Camino Real neighborhood of Park Encinitas mobile homes, he claimed he was looking for a new home for his mother-in-law. 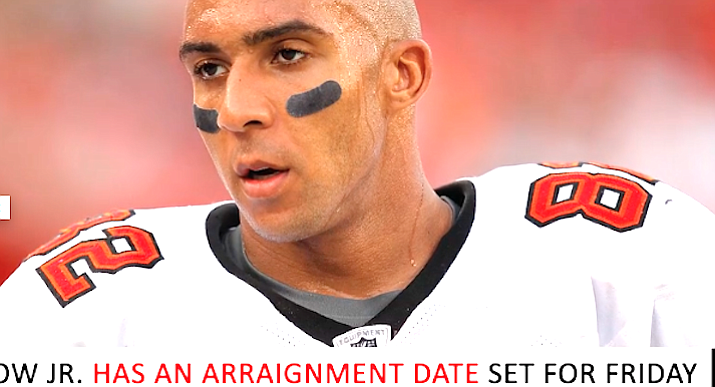 Winslow. Some had a problem to identify him as he had changed his appearance,

Some national media, which target a black audience, claimed racism and racial profiling.

“Winslow Jr. is the latest Black person to get the cops called on them for doing very ordinary things around white people,” stated reporter J.R. Gamble of TheShadowLeague, a sports-based website and internet radio station.

“A brother can’t be in the neighborhood looking to buy a home. If he’s Black with money he’s got to be an unsavory character. Or he’s just a thief planning to do a home invasion,” added Gamble in his June 11 report.

Gamble went on to point out the “San Diego Police Department” has a history of racial profiling. (Winslow was arrested by the Sheriff’s Department, not SDPD.)

The lifestyle editor of Rolingout Magazine reported, “It’s obvious that some White people would like to remove Black people from America. In the latest incident of overt racial profiling, a former NFL player was arrested for shopping for a home while being Black.”

Angela Helm, a reporter for the news website, The Root, lead her June 10 story of the arrest with the hashtag, #HouseHuntingWhileBlack.

Following Winslow’s initial arrest, his attorney and sports agency spokespersons were denying wrong doing, stating for the national news and sports media that it was a case of over-aggressive or nosy neighbors.

Meanwhile, the San Diego County Sheriff’s Dept. was receiving tips from several women over recent contacts with Winslow. On June 14, Winslow was re-arrested and jailed on additional charges.

However some had a problem to identify him as he had changed his appearance, as in clean shaven, and wearing glasses.

Winslow was released on $2 million bail and now is under house arrest, with GPS tracking, confined to his gated home in the 1300 block of Lake Drive in Cardiff.

J.R. Gamble should pick another person to be the "poster person" than Kellen Jr. His arrest, make that arrests, were not about an innocent person "looking for a home". I am sure that there are plenty of well known and not well known Black people who have been unjustly accused of actions or crimes based on their color that deserve to have Gamble champion their cause.

At his first preliminary hearing, none of the alleged victims were able to identify defendant Kellen Winslow Jr as their attacker. One alleged victim even chose the attorney seated next to Winslow, "the one in the pink shirt," as the man who allegedly kidnapped and raped her.
In San Diego's North County Superior Courthouse yesterday, Kellen Winslow Jr and his lovely wife looked more like their Twitter page picture. Prosecutor Dan Owen has filed new charges, with a new alleged victim, against Winslow. A date for a new, second preliminary hearing has been set, to hear evidence of the new charges, this on September 17, 2018, at the Vista courthouse in San Diego County. 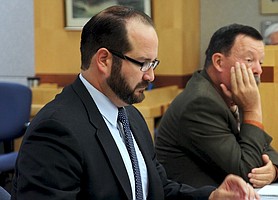 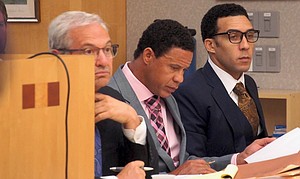 One alleged victim actually selected "the man in the pink shirt" as her attacker. Photo by Eva. by Eva Knott 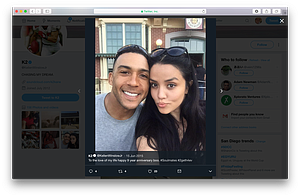 When Winslow Jr and his wife were in the courthouse yesterday, they looked like their Twitter photo. by Eva Knott 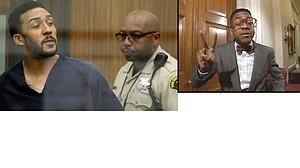 His attorney coached him to look less like a thug and more like a studious young man.