The disappearing landlords on Craigslist 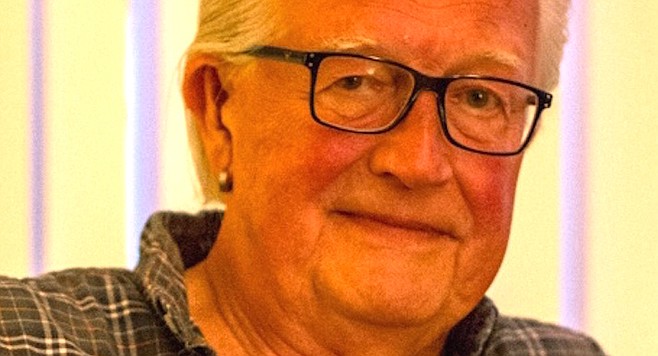 The birth rate of suckers “born every minute” seems at times to keep pace with their rising desperation to find reasonable rent. 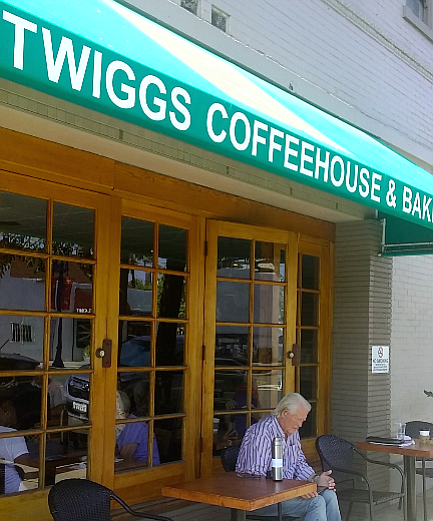 Recently, at Twiggs Coffee House on Park Boulevard in University Heights, conversations have been swirling around several fraudulent schemes to take in prospective renters. Among the least damaging to prospective renters is the practice of some real estate management companies to collect $30 to $50 for credit checks, only later to announce that the applicants stand far down on the list of those qualified to rent the desired apartment.

But G. Case faced a potentially much more damaging come-on. He had become desperate to move after his current landlord announced a monthly rent hike of $400, from $1100 to $1500.

Case tells me that right away he culled through over 4000 online advertisements until he saw on Craigslist an apartment at 4420 Cleveland Avenue to be rented for $750 and $400 deposit, about half of what was being paid for it previously, according to Daniel Brent, the prospective landlord.

In a return email responding to Case’s jump at the opportunity, Brent said, “I just traveled to Carson City, Nevada for a program called SERVING IN MISSION… I will be away for 3 to 4 years or more….

“I want you to keep [the apartment] tidy all the time so that I would be full of smiles whenever I come and above all, a good strong and tight relationship between us when I come for a check up.”

The email included a rental application with the standard questions plus these: “Do you agree to pay the payment before you move in?” and “Earliest possible date of deposit payment?”

“Your quick response will be highly appreciated so that we can discuss on how to get the documents and the keys of my property to you via Express Delivery Services and you may drive by to view the building and its living environment.”

Case is no sucker and realized he was being asked to send rent and deposit before receiving the keys in the mail. He answered asking when he could view the apartment and sending a phone number for the landlord to call him to discuss it. After hearing nothing, he went back online and found that Brent’s website disappeared.

That would seem to have ended the matter. Except that Case, frantic to find a deal he could live with, went on Craigslist again and found an apartment advertised by a Bob Frank at 4655 Ohio Street in North Park for $780 per month and $400 deposit.

Trouble was that Bob Frank’s offer was stated in almost exactly the same words as Danel Brent’s, including the SERVING IN MISSION in Carson City, Nevada.

Case wrote Frank back, saying, “You must know Daniel Brent.”

Terrifying times for those of us with no property.

Wow, people are still running this scam? I ran into similar Craigslist "landlords" over ten years ago, but for an apartment further south—also on Cleveland Ave. (Could have even been the same character.) In my case, the apartment was already "rented" (after being posted for less than an hour), but I sounded "like such a nice person" in my email, they wanted to get me pre-approved for the next opening in the building. They also couldn't meet with me in person or let me see any of the units...

Given that credit reports and background checks cost me about $30 to obtain, and that time spent processing an application (obtaining the credit/background, calling landlords and other references, showing the unit) is greater than zero, there's not really any profit in running a "scam" collecting application fees.

An easy way to avoid finding that you're not qualified for a property is to be up-front about your credit, income, and references, and to inquire beforehand whether there are other applicants. 90% of the applications I process and don't approve are due to someone lying about their credit history, employment, or rental history - maybe one in ten is a case where I get multiple qualified applicants and have to make a tough decision on who gets a unit.

A real-life application scam I've encountered, though not lately, is a company selling credit reports for $90 or more accompanied with an alleged list of available properties. These firms don't actually manage any of the properties on the list, most have been culled from Craigslist without the actual landlord's permission, and many have already been rented, sometimes months ago. Even the credit report is of dubious value - I'll look at it and tell you whether or not you'd potentially qualify for a place before you pay an application fee, but I'm still going to run my own report to verify yours is legit.

People collecting deposits and/or rent on units they don't manage are the worst - instead of a few bucks I've seen people get taken for hundreds, or even thousands of dollars on obviously too-good-to-be-true rentals. In some cases unsuspecting tenants even move into vacant units before they're discovered by the true manager and then end up getting evicted, which is really a black mark when they go looking for another place.