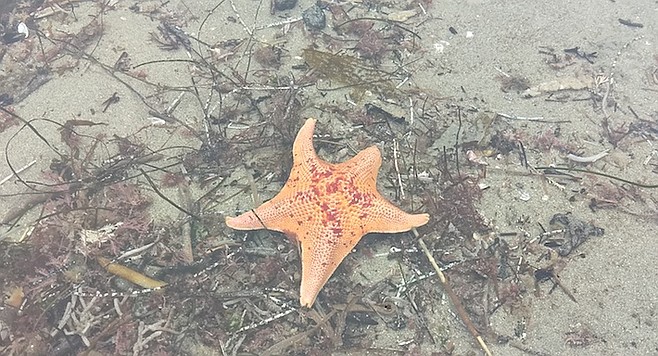 For the Snapshot Cal Coast, June 13-20, San Diego, a small contingent hit the beach at Scripps Coastal Reserve and another group scoured Sunset Cliffs on a bioblitz. Isabelle Kay of UC San Diego Natural Reserve System, sent an email to colleagues—but only two turned up at Dike Rock, north of Scripps Pier, on June 19: Kay’s assistant Ashlyn Bahrychuck and another community member. But 28 observers contributed 551 observations from La Jolla during the Snapshot. San Diego had 102 observers, 1,604 observations, and 524 species. 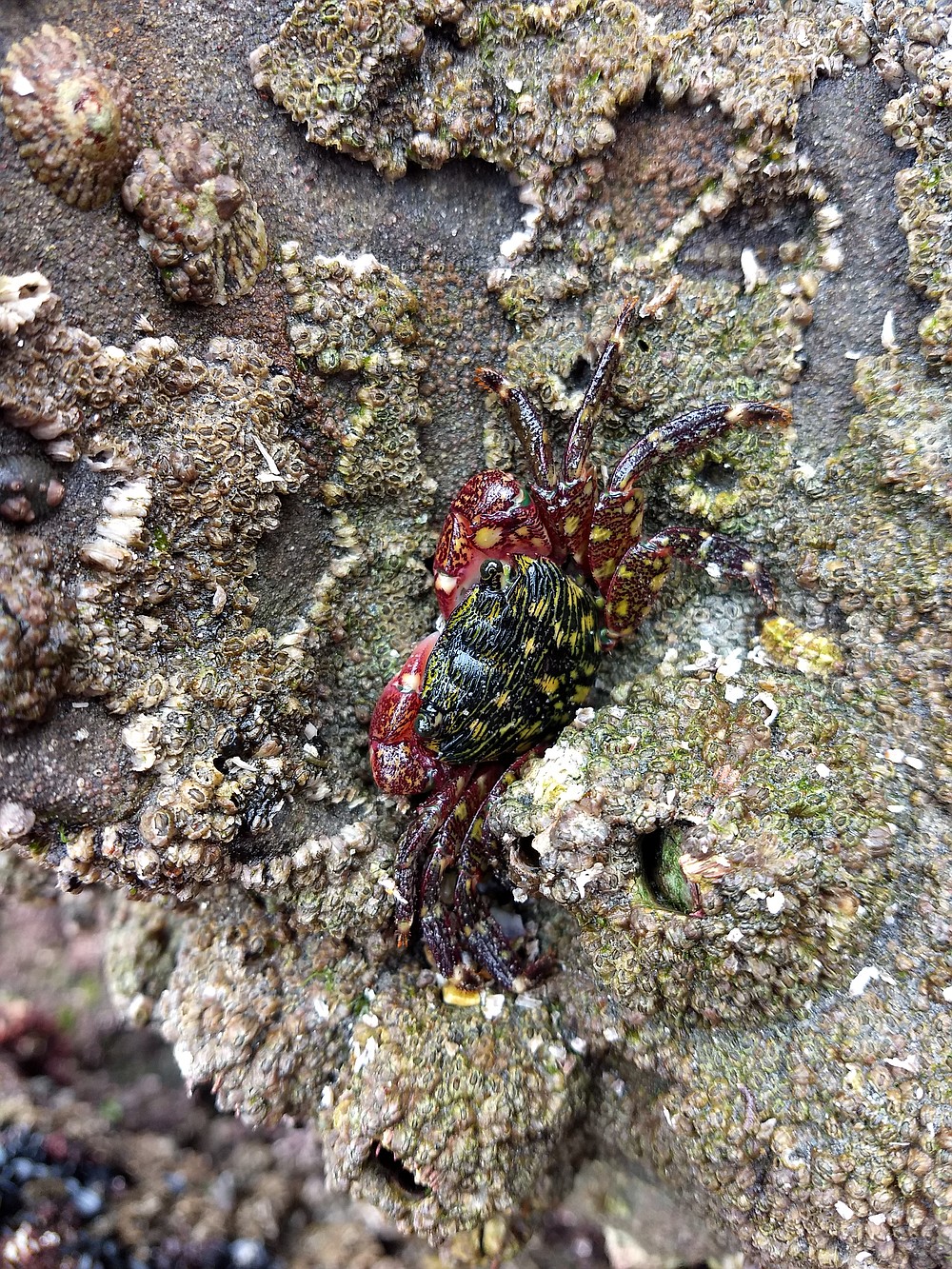 Among other creatures, Bahrychuck found a dark unicorn snail, a species on iNaturalist’s “most wanted” list, which is moving further north from its Baja habitat as waters warm. Also from the most wanted list she observed pink volcano barnacles—native from San Francisco down to Cabo San Lucas, but extending north since the 1970s. 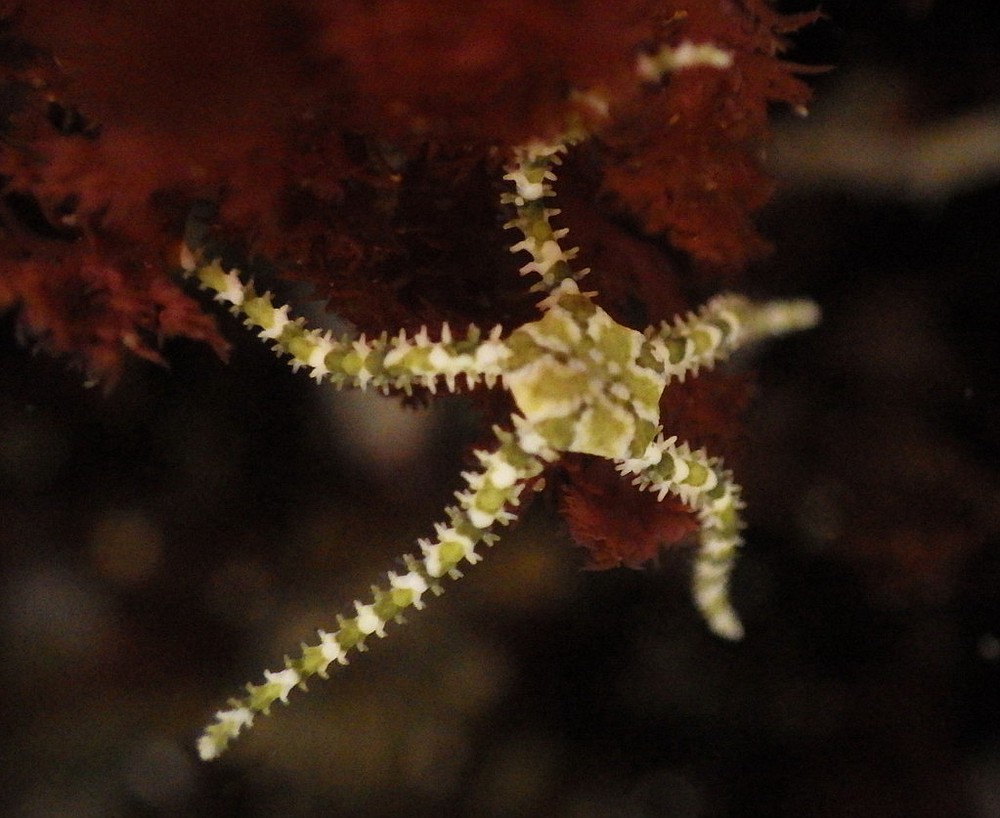 Brittle star, ophionereis diabloensis, in San Diego County, one of four observed along the California coast

Absent in their normal numbers from the California coast for several years and making a comeback: ochre sea stars. “We don’t see them in La Jolla anymore,” Kay said, “but further north they’re recovering.”

The most recent La Jolla ochre sea star sighting reported on iNaturalist was in 2014. But there are a few from Sweetwater, Mission Bay, and Pacific Beach earlier this year. Up and down the coast the ochre sea star made the Snapshot’s number one slot, at 307 observations. Tied for least at only four spottings was the brittle star ophionereis diabloensis. This species of brittle star was first described in 2002 in Diablo Cove, near Santa Barbara, so it’s a relatively newly known species. The only sightings recorded on iNaturalist are from the week of the 2018 Snapshot, and two are from here in San Diego County.

Kay invites citizen scientists to add their coastal observations to the database. She has offered to organize training on how to look for and document flora and fauna. Most low tides are at night in the summer, but on July 18 low tide coincides with early morning, around 8:15. Email [email protected]