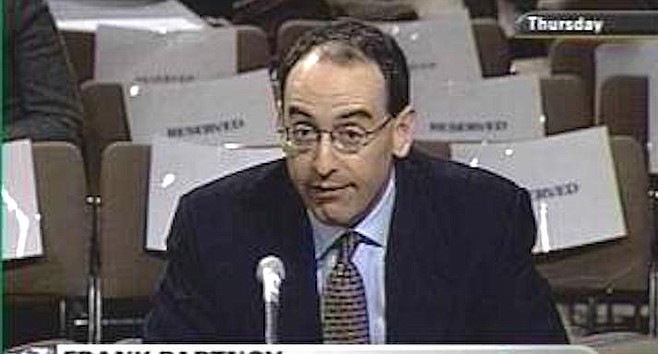 Frank Partnoy, law professor at the University of San Diego, writes in The Atlantic magazine of June that corporations are once again relying on tests to assess possible hirees and even their own top managements.

In the middle of the last century, “employees up and down corporate organizational charts were routinely given IQ tests,” writes Partnoy. But “courts found that employers were using discriminatory tests to keep racial minorities out of the workplace,” and usage declined.

A professor at Yale School of Management believes a small number of tests can predict future performance. Certain questions “are reliable measures of cognitive reflection, or the ability to overome an incorrect gut response,” the professor believes, according to Partnoy. Here’s an example: “If a bat and a ball cost $1.10 total and the bat costs $1.00 more than the ball, how much does the ball cost?” Partnoy keeps the reader waiting until the end of the article for the right answer: “The bat costs $1.05. The ball costs a nickel.” Relying on an incorrect gut response, I flunked.

I have known many people who are great test takers but can't do the job. An example: Police recruit "A" aces all the physical and mental tests. Recruit "B" is pretty much Joe Average. Both graduate and "hit the streets". Recruit "A" just can't do the job. Doesn't have what it takes to survive and thrive on the streets. Recruit "B" has what it takes and succeeds. While testing can be indicative it is not the end-all-be-all of deciding who will be successful and who will not. Not everyone who graduates from West Point is a leader. Everyone who graduates from truck driving school can drive a truck.

AlexClarke: Oh, absolutely. Tests can be helpful, but they should never be considered definitive. I'm sure there are data available that correlate pre-college test results with college performance. There are just too many variables that cannot be measured through a test.

One executive may score highly in technical, analytical, social, and potential leadership skills. But what if he or she has health or mental health problems? The tests may be poor at measuring leadership skills, for example. Best, Don Bauder

I agree with you Don, employers categorize employees based solely on tests. Although tests can determine employees' productivity, cognitive skill and other competencies, employers should not overuse them.

Rani Gil: Remember, somebody with a high IQ might not be very smart. Best, Don Bauder

don bauder Don't waste your time. This is a spammer!

There are many, many tests that can be used to measure something. But how does the user determine if the test is valid? The answer is usually that the user cannot actually find out. One test that has been around for generations is the Wonderlic Test, and it has been used by employers for that long. But does it validly measure "cognitive ability", whatever that means, with some certainty? Oh, the business that sells it keeps changing the questions, and it is reliably reported that it was designed in a way that most test-takers cannot finish it in the short time allowed. Makes you wonder (pardon the pun) doesn't it?

Unless the tests have been extensively tested and validated, they have no place in the hiring process. A physical fitness test is one thing, but one with tricky questions, like the one you mention, can be most misleading. Businesses and other organizations that make extensive use of such tests may end up with poorer hiring decisions than those which just rely on intuition. Anyone heading into the hiring process should have a queasy feeling about such testing.

Visduh: Admittedly, the test that the professor uses, and I picked up, is what's called a brain-teaser. But the professor swears it is a good test for measuring potential executive talent. Like you, I am skeptical. Best, Don Bauder

Mike Murphy: It's not what you know, but whom you know. I share your skepticism about lawyers. The law can be interpreted many ways. In a typical court battle, lawyers will interpret the same set of facts differently, each claiming it's "the law." Lawyers are always referring to "the law." I say there is no such thing as "the law." Best, Don Bauder

JustWondering: I read the piece and now I feel even more stupid. Best, Don Bauder

See what happens when we simplify too much?

JustWondering: In my case, it was a rush to judgment, as well as over-simplification. Best, Don Bauder

sounds like bait and switch advertising at first glance

Murphyjunk: Bait and switch is one way to look at it. Best, Don Bauder