Shibuya Nights is a virtuoso of distilled contradictions 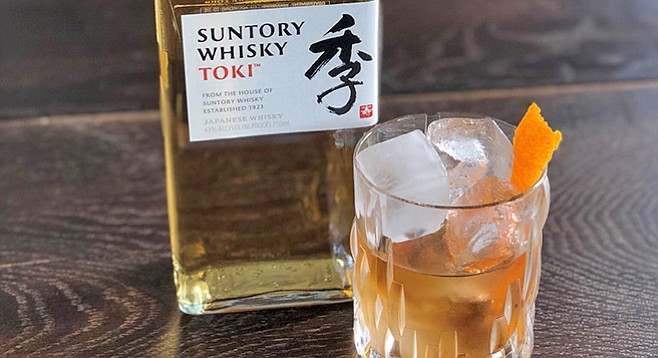 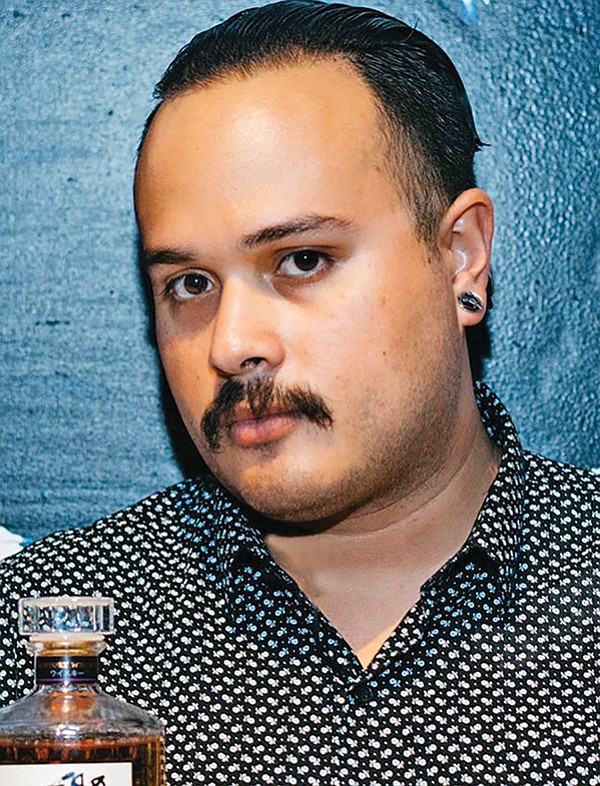 The Cloak & Petal’s bar manager Faisal Asseri explains that the name for Little Italy’s Japanese-inspired restaurant blends opposites to form a new whole. “Cloak” communicates mystery and intrigue, and “Petal” is a rough English equivalent of hanami, the Japanese word (literally “flower watching”) for welcoming the first cherry blossoms of spring. Thus the name comes together like a Japanese haiku:

And much like a haiku, the Cloak & Petal’s newest Japanese-inspired cocktail Shibuya Nights is also a virtuoso of distilled contradictions.

“The drink is old meets new,” Asseri says, “the Old Fashioned matched with Suntory Toki, the newest Japanese whisky out there.”(The Japanese, inspired by the Scots to take up whisky-making in the first place, drop the “e” from “whisky,” in contrast to Irish and American “whiskey.”)

The cocktail’s name, Asseri says, invokes the Shibuya section of Tokyo, Japan’s answer to Bourbon Street, history-rich and buzzing with a boozy electric nightlife. As the spirit base for the Shibuya Nights, Asseri adds, Suntory captures the essence of that nightlife.

“Although you’d normally drink Suntory neat or on the rocks because of the high price point,” he says, “there’s a complex beauty to it that makes it easy to work with—the perfect Japanese whiskey for introducing into a cocktail that’s easy to make and not asking for a lot, but highlights the natural taste of the whisky.”

The recipe is simple, Asseri asserts, but also offers the palate a lyrical flood of flavors.

“First comes the spice from the black walnut—and right off the nose even before you take your first sip,” he says. “It’s a welcoming aroma, like being by a fire. The black walnut and cinnamon create a subtle sweet and spicy mixture. Then the Japanese whisky comes in with grapefruit, green grapes, a little thyme and then the vanilla oak.” 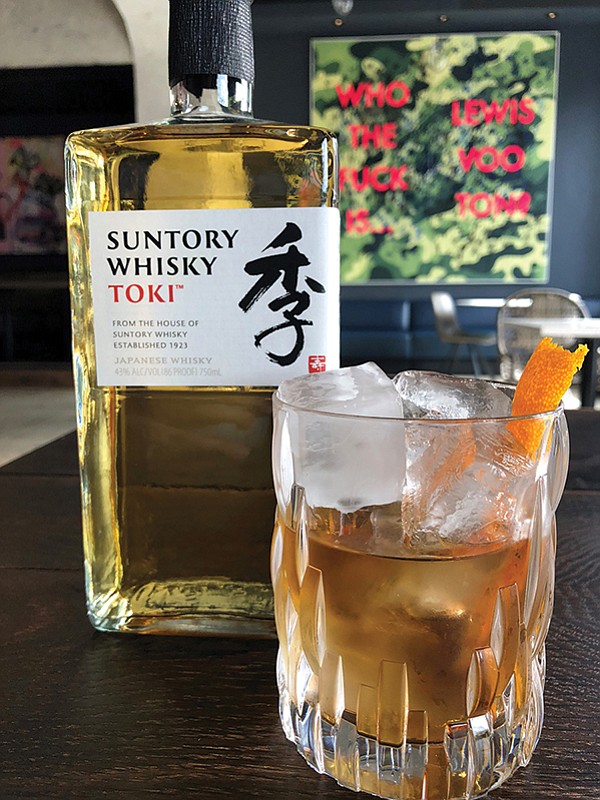 Bring 1 cup each of sugar and water to boil, add 3 cracked cinnamon sticks, pour into Mason jar and refrigerate overnight.