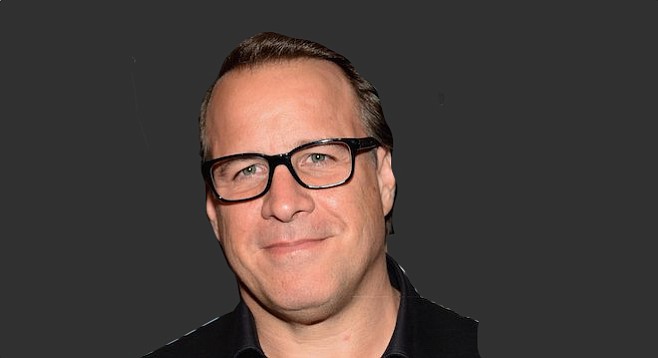 Chicago wheeler-dealer Michael Ferro's tronc, which has been shrinking the staff and newsroom space of the San Diego Union-Tribune, is encountering resistance from Los Angeles Times staffers, worried about putative plans to move the U-T’s big sister from downtown L.A. to somewhere in the metro area's upscale western reaches. 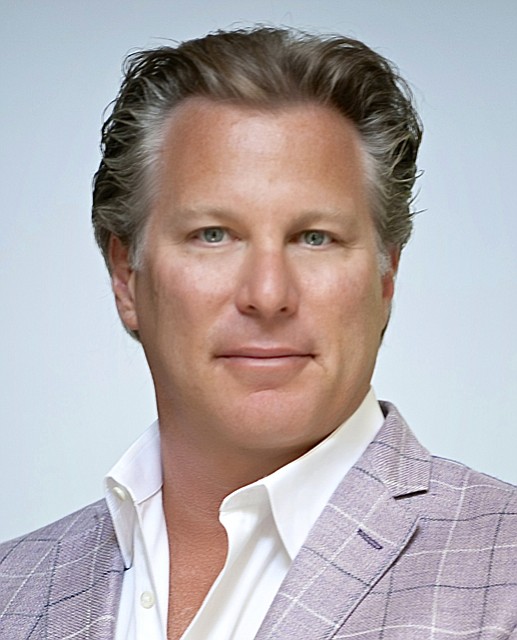 "Tronc is actively looking at the Westside as a possible future location for our newsroom, according to several well-connected sources," per a January 10 blog post by the Los Angeles Times Guild, the labor union seeking to represent the paper's staff.

"Santa Monica, Playa del Rey (perhaps Playa Vista) have been floated as prospective addresses. We have also obtained an older proposal for Tronc’s plan to move our newsroom to the Aon building downtown."

When the union attempted to confer with Times publisher Ross Levinsohn, it was rebuffed, says the post.

"We voiced concern that a move out of downtown — our address since the founding of the paper — could seriously impact our news gathering and newsroom budget, as well as the commutes of hundreds of Times staffers. We asked Ross to meet with us and include the newsroom in discussions. He declined." 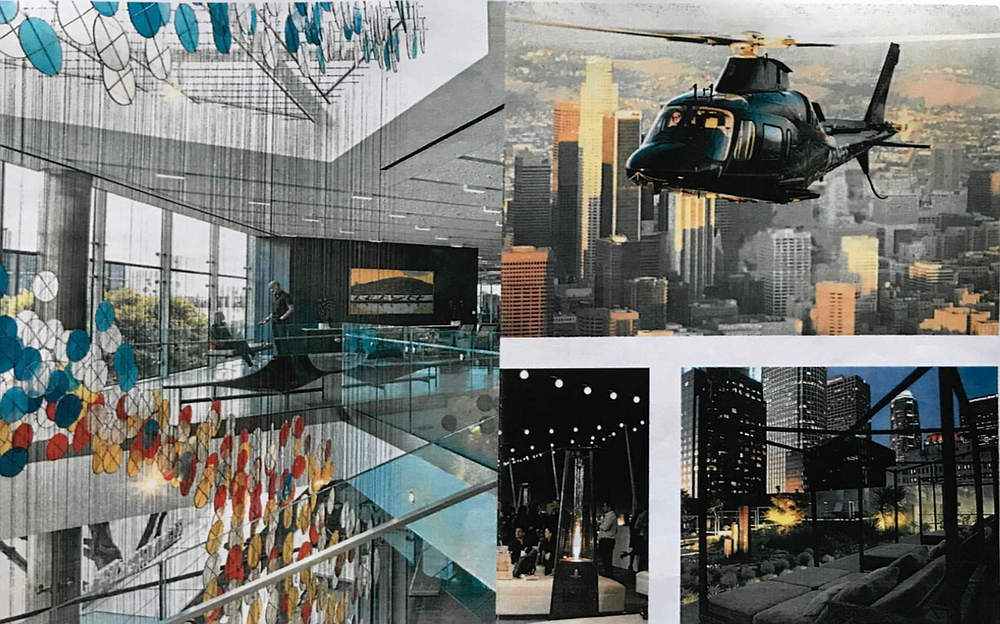 Said the guild in its email to Levinsohn, "Westside communities — such as Santa Monica and Playa del Rey — are wonderful places to live and important to our news coverage. But relocating to that area would make our jobs more challenging and nearly double the commute times of the average staffer.

"Downtown is the most central location to many of the communities and institutions that are vital to our daily reporting, including city, county, state and several federal government offices, big financial houses and law firms, and centers of culture and sport, such as the Music Center, a cluster of major museums, the Staples Center and Dodger Stadium." 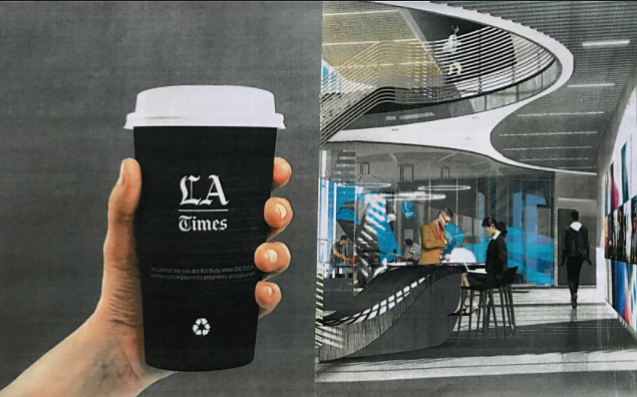 The union was even less impressed by a proposal to relocate the Times to a luxury downtown office tower known as the Aon building.

"First, it seemed to devote a lopsided amount of space and expense to lavish, penthouse accommodations for executives — including a game room and tricked-out helipad," noted the email.

"Second, the proposal placed the journalists who produce The Times in cramped quarters poorly designed for the work we do. We appeared to have been sardined at communal work tables, rather than given individual spaces. Temporary work tables do not lend themselves to the craft and art of conducting interviews (often on sensitive topics), poring over stacks of documents, writing stories and jamming on deadline. Other features of the proposal are dated and gimmicky — the genius bar and branded uniforms among them." 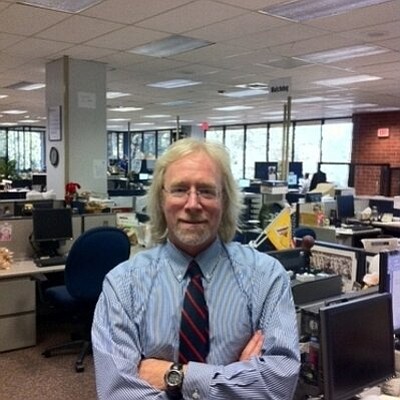 Unlike their brethren in Los Angeles, Union-Tribune staffers have thus far made no effort to organize, and most remain mum in public about their declining ranks, though one appears to have a dark sense of humor about persistent reports of U-T shrinkage, possibly leading to its ultimate demise as a free-standing paper.

"That settles it. Heralded or not, I'm making a racket when I go (provided it's not feet first)," tweeted columnist Michael Smolens following a January 10 report here about the departure of investigative reporter James DeHaven, bringing the count of the paper's so-called watchdog reporters per its online staff list down to three.

Does anyone care? Well, anyone less than 30 years old? Those of us who read Matt's reports online seem to be much older than 30, but the many people who I see with the dead-tree version of the Reader tend to be a bit younger. And they are reading the entertainment news, not Matt's reporting, or Don's or Michael Smolins' in the U-T. Increasingly, young people seem confused about the distinction between journalism and tweets.

As the Boomers die off, newspapers will fade. Maybe, as promised, tronc will come up with some new approach and succeed. I'll miss newspapers and the interesting people who brought them to life.

Hmm. The LA Times has an iconic building in downtown LA with its name on it. That means the paper owns the building, and works from it now. (Actually it has or had more than just one building there; the whole area was called Times-Mirror Square. In recent years the paper and the holding company moved out of or shrank down and much of that space is either now vacant or used by others.)

So, why head out to the west side of LA? It will surely cost more, and have a massive cost to relocate. Does Ferro think such a move will endear him to the affluent readers who reside in that area? Will the cachet of being close to Westwood, Century City, Beverly Hills, Brentwood, Bel Air, and the beach somehow rub off on the subscriber base?

On the matter of the U-T Smolens, who just recently seems to have surfaced in the rag, is playing chicken. Threaten to make a fuss if you're fired or laid off, and you become a target for just that. His columns are well written and informed, but he's not the key to keeping circulation up. Circulation is down, down, down and sinking.

There are three investigative reporters at the U-T? For as little as they accomplish, I'd have never imagined they had even that many. During the Copley, then Platinum, and finally the Manchester years there were so many sacred cows in town that their Watchdog staff were reduced to being lapdogs. Even where no barrier existed, that staff ignored flagrant misconduct in public agencies, such as the So County school districts. Had it not been for the late Susan Luzzaro who wrote of the wrongdoing there for years, it might still be going on, unchallenged. The U-T came to that party very late, claimed to have discovered it, and then claimed credit for the criminal prosecutions that resulted.

Tronc sold the LA TIMES block of buildings sometime back. The TIMES is leasing space there, because it owns no real estate now.

I'll be darned! Sold it all off, huh? I still think staying in the Times building makes sense, and keeps the flag flying into the brave new world. But then tronc didn't ask me.

NBC7 moved out of its ground-floor leased space on Broadway downtown, and bought/renovated a building in Kearny Mesa. This seems like a step UP! Likewise, NBC moved out its longtime studios in Burbank, along with The Tonight Show. Viewers didn't care a whit.

I stopped getting the paper when my bird died.