Reddish-brown water not so sweet 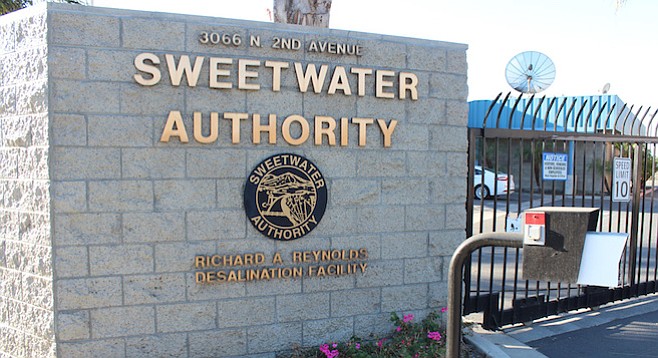 “The people in Western Chula Vista and National City are getting ice age, prehistoric water that is incredibly good,” said Michael Garrod, the engineering manager at the Sweetwater Authority during a tour of the Richard A. Reynolds Groundwater Desalination Facility. “It’s 16,000-year-old water that hasn’t been touched by man’s hands. No pesticides. Nothing in it.” 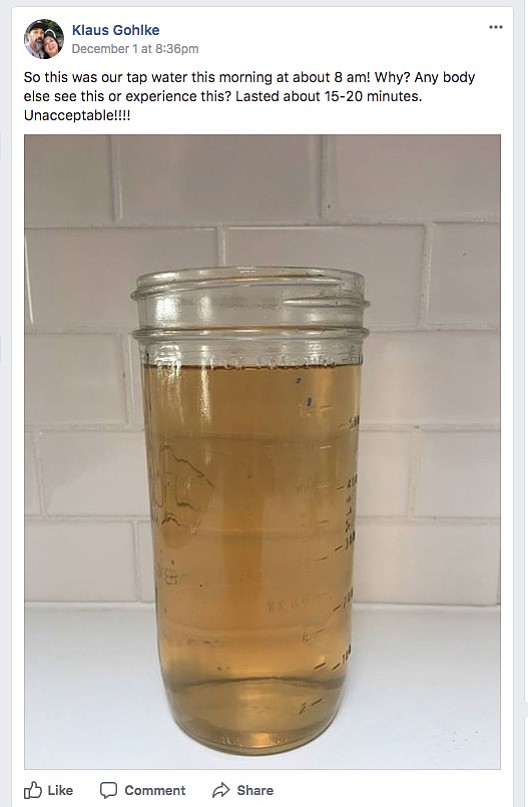 But on Wednesday, January 10th, a Facebook post went up on We Are National City that complained of an ice tray filled with discolored water. The post stated, “Looks like we have brown water again my friends.”

This wasn’t the first time. In December, a post went up on the National City CA, Politics and Current Events Facebook page with a photo of reddish water that the resident said had poured out of their tap for about 15 minutes.

Sweetwater Authority spokesperson Leslie Payne confirmed that the water district is aware of the problem. In a phone interview, she said, “We have had challenges this year with discolored water.”

In December, the authority attributed the reddish water to the repair of pumps on National City wells. For January 10th, according to Payne, the National City wells had been turned back on as part of routine operation. Both actions meant a change in flow of water pressure; this can lead to a break up of sediment that then runs through the pipes.

The National City wells aren’t the only reason water customers have seen color, taste, and odor changes. During the past year, the authority — which provides drinking water to people in National City, Bonita, and western portions of Chula Vista — finally came out of a long drought. Local rainfall meant that for the first time in three years the authority began using water from its Sweetwater Reservoir, but this also created an unexpected problem. According to their annual performance report, “…the Authority received a total of 97 reports of taste and odor concerns regarding the water distributed to 33,000 accounts of 190,000 customers. The number of reports increased over the past fiscal year due to a naturally occurring algae bloom in Sweetwater Reservoir.” 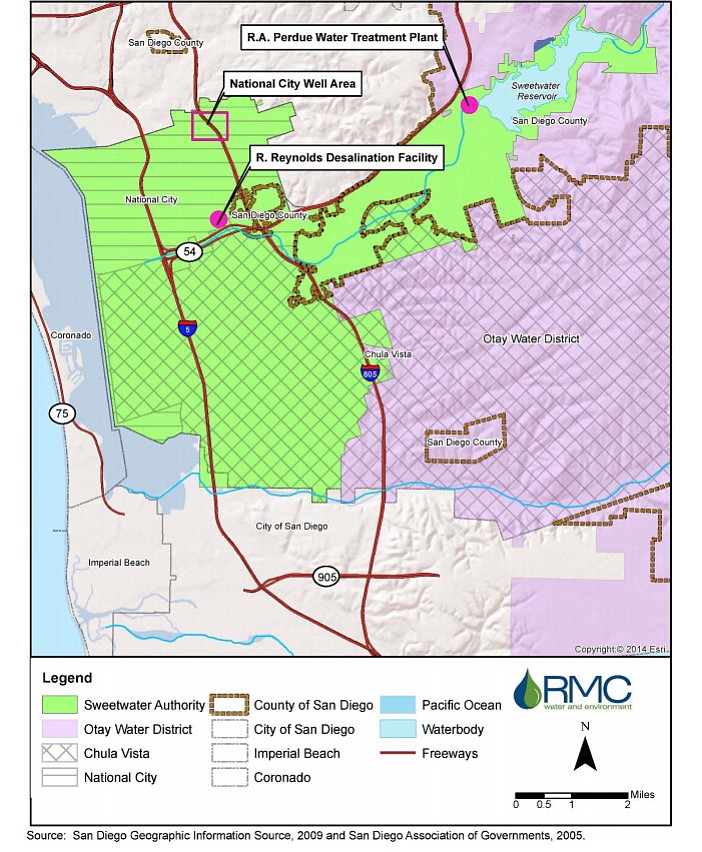 In addition, the authority reopened its groundwater desalination plant this past summer. The plant, which had originally treated approximately 4 million gallons of water per day, shut down for a year and a half. When the plant came back online, capacity had increased from 6 to 11 underground wells. Payne said that the authority may have had some changes in water quality after the plant reopened because of the fact that it was putting more water out into the system.

On a tour of the Groundwater Desalination Plant, Michael Garrod said the authority is actually on the cutting edge of water production and distribution. Ever since the plant expanded capacity, it has been treating about 10 million gallons per day. Brackish groundwater, which Garrod said is 16,000 years old and contains 2000 milligrams per liter of salt, is pumped from deep wells and then goes through a process of reverse osmosis. The treated water is delivered to customers, while the San Diego Water Quality Control Board has allowed the authority to deposit the residual salty brine in the Sweetwater estuary. Also, last year Solar City constructed solar panels on the property, so during peak daytime hours, renewable energy provides up to 90 percent of their electricity. Garrod said the authority pays $400 per acre-foot instead of importing water from the San Diego County Water Authority for $1200 per acre-foot. 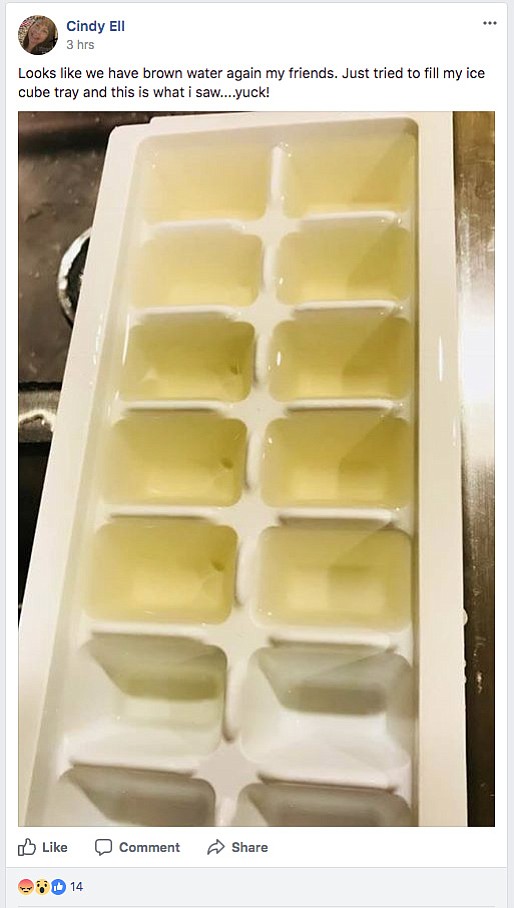 And the discolored water? Many reasons besides algae blooms and pump repairs can be attributed to sediment coming through the tap. Changes in water pressure can occur due to sheared fire hydrants, a main break leak, or even somebody stealing water.

“Whatever happens, the water velocity in the pipeline increases,” said Garrod. “It stirs up that red and for a very short period of time there may be red or brown in the system. We go out there and immediately flush that area and clean that up. It’s a product of any water system. You can’t keep that out.”

Customers need to run their taps for a few minutes to flush the sediment from the line, he said. Although aesthetically displeasing, the authority assures residents there’s no need to worry. They conduct 450 measures weekly and have testing sites throughout the entire service area. Payne says, “There have been no changes or impacts to customers as far as water quality goes. It’s been safe to drink.”

Isn't this what the officials said about the Flint, MI water?

It may be "safe" to drink, but do you want to drink water that looks (and maybe smells and tastes) like weasel wizz? These sound like third-world problems and are definitely third-world answers and excuses.