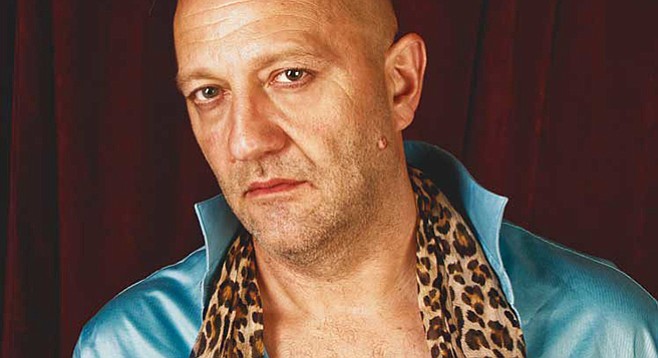 Imagine if O.B. karaoke host Jose Sinatra was from Denmark and fronted a Nordic version of Tom Petty’s Heartbeakers and that’s pretty much Louie Fontaine and the Starlight Searchers. Danish-born and now a son of New Orleans, Fontaine has the chops of a true blues and folk traditionalist with the stage flair of Bruce Springsteen, thanks to growing up on a steady diet of American music television to complement his collection of rare ’50s and ’60s blues, country, and rockabilly singles. He’s maintained a solo career even while hitching his wagon for several years to Louisiana R&B legend Rockie Charles, aka the President of Soul, with whom he toured as well as played on and produced Charles’s final two albums before he died in 2010. Charles wrote one of the tracks on Fontaine’s new album, The Sun Ain’t Black, a mostly serious take on Americana blues rock, with a touch of his trademark cabaret roadshow exaggerations that cheekily transform chords into riffs and choruses into anthems. A support tour hits De Oro Mine Company on January 23. 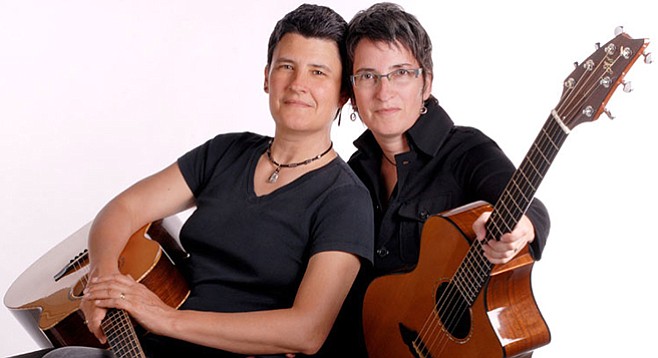 The original prophets of protest music are mostly long gone or have followed Bob Dylan into the mainstream, but the spirit of tuneful activism lives on with groups like Emma’s Revolution, for whom music is not only the medium for their message but also the meaning of their lives. Pat Humphries and Sandy O come from a grassroots folk-music background, writing lyrics that maintain a classic Americana structure while tackling entirely contemporary topics such as drone warfare, environmental issues, gun control, LGBT rights, Middle Eastern conflicts, and the Black Lives Matter movement. Currently touring behind their Revolution Now album, the duo plays the First Unitarian Universalist Church in Hillcrest on January 27, where the setlist is likely to include the album’s lead single “Sing People Sing,” a tribute to folk legend Pete Seeger, one of the duo’s early champions and mentors. Other songs whose titles signal the content and topics to expect include “Taxed Enough Already,” “Occupy the U.S.A.,” “Silent No Longer,” and their concert staple and official band mantra, “Peace Through People.” 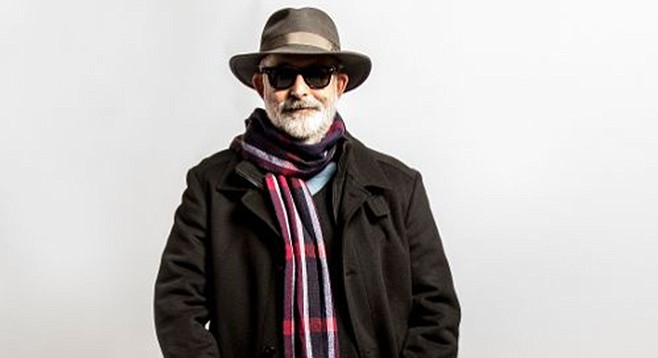 Eagles songwriter Jack Tempchin was living in Bankers Hill and eating lunch at Der Wienerschnitzel on Washington and First when he was inspired (by two pretty girls walking by, he says) to begin writing the lyrics to “Peaceful Easy Feeling” on the back of a concert flyer. When he later performed the song at Jackson Browne’s house and fellow friend Glenn Frey got his first earful, Frey pitched it to the Eagles, whose recording of the tune became immortalized on one of the top-selling greatest hits albums of all time (which also contained their version of Tempchin’s “Already Gone”). Thanks to the melodic sentiment occasioned by those two pretty passersby, the longtime Encinitas resident has been able to parlay “Peaceful Easy Feeling” into a career cornerstone, with a same-named Cabernet Sauvignon launched by Temecula’s South Coast Winery and a tribute album from last summer, Peaceful Easy Feeling: The Songs of Jack Tempchin, featuring guests like fellow San Diegan Chris Hillman (the Byrds, etc.), Rita Coolidge, Herb Pedersen, and Janiva Magness. His Peaceful Easy Feeling 45th Anniversary Tour includes a February 17 date at Carlsbad’s Museum of Making Music, which just announced a slate of upcoming concerts to include Linda Ronstadt songwriter Karla Bonoff, honkytonk gypsies Velvet Caravan, folk-blues singer-guitarist Chris Smither, and pop cellist Ashley Bathgate of Bang on a Can All-Stars. 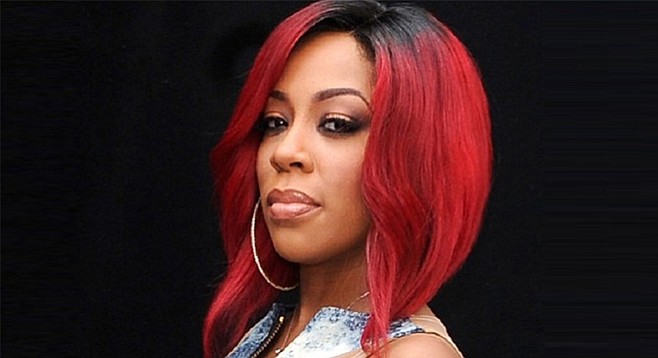 K. Michelle from Love & Hip-Hop: Atlanta is in town

Memphis songstress K. Michelle has scored several hit R&B singles, including “Can’t Raise a Man,” “Self Made,” and “Fakin’ It” featuring Missy Elliott, but she’s probably best known as one of the combative stars of VH1’s noisy reality show Love & Hip-Hop: Atlanta, where she first turned up in 2012. It was mainly thanks to the success of that program (where she coined somewhat of a catchphrase with “Don’t shake unless you’re ready to get shook”) that Michelle was signed to Atlantic Records and managed to ascend several more notches up the ladder of a legitimate music career, including landing a song on the soundtrack of last year’s Birth of a Nation film. Her status as a rising contemporary R&B star was only partly sidelined by VH1’s 2015 spinoff series, K. Michelle: My Life, which chronicled her attempt at transforming herself from moderately successful solo artist to multimedia mogul, a goal only partially attained before the series wrapped last year. Freed from the demands of her TV contract, Michelle is heading back on the road to promote a new album, Kimberly: The People I Used to Know, with a March 7 date at the Music Box in Little Italy. Two singles from the record recently dropped, “Either Way,” featuring convicted girlfriend-batterer Chris Brown, and “Birthday,” for which a video was produced by Yung Berg, aka Hitmaka, that features what appears to be Michelle’s nearly shaved head, as she models a series of increasingly far-out wigs, including one almost certainly inspired by Diana Ross’s most outwardly flowing ‘fro. 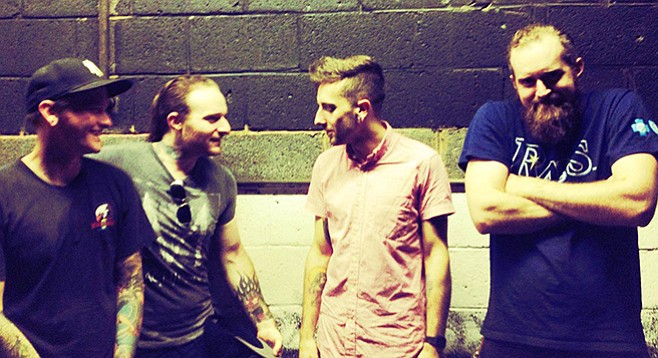 Formed in 2008 in Winston-Salem, NC, Wolves & Wolves & Wolves & Wolves started with little more than a band name guaranteed to read like a typo and a couple of indie punk songs by founding duo Brian and Kyle Woodall that all their friends assured them would shred if only they could manage to get the tracks recorded. This proved more difficult than expected, with a number of singers, bassists, and guitarists quickly cycling in and out of the lineup and four aborted recording sessions taking place at five locales. They finally managed to release Subtle Serpents via German label Gunner Records in 2013, earning themselves much media praise and enough cred, thanks to endless touring, to fund their 2016 followup, The Cross and the Switchblade, named after a famous 1962 book about pastor David Wilkerson’s evangelical work with New York City gangsters and drug dealers. 2017 was one of their biggest touring years yet, bringing them onto big multiband stages at high-profile events such as Montreal’s Pouzza Fest and the Punk Rock Bowling and Music Festival in Las Vegas. Their March 19 appearance at the Tower Bar will be opened by Knoxville, Tennessee, punk trio Bad Idols, who just dropped their second full-length via Possum Heart Records, Earthling, with a new single called “Fly Away.”