Butler and Shaffer started in Bratz back in '77 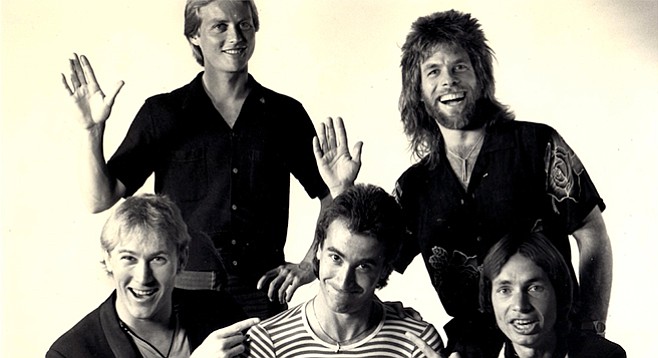 As of 2018, Private Domain guitarist Jack Butler and front man Paul Shaffer have been playing together locally, nonstop, for 40 years.

Private Domain (as Bratz), "Absolute Perfection," live at the Rodeo in La Jolla, 1983 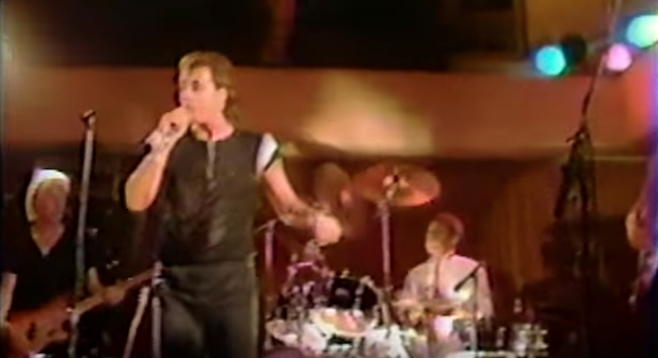 Shaffer began in 1977 when he led Bratz through Aerosmith, Stones, and Zeppelin covers while wearing boas and glittery shirts. “I was a student teacher at the time,” says Shaffer, who gave up his teaching career after one year to sing rock. “Our first gig was at Dick’s at the Beach in Solana Beach,” he says about the long defunct biker-friendly bar on Coast Hwy.

Butler, who was working at Guitar Center, joined Bratz in ’78. He had already left Glory, which included Beat Farmers guitarist Jerry Raney.

Bratz created its own North County circuit, including the Distillery, Little Bavaria, and Dick’s. “The only one that’s still around is the Belly Up,” says Shaffer.

Shaffer became known as the guy who loved giving it back to hecklers. “I was thought of as the Don Rickles of rock.” To bikers he’d make fun of their “little Hondas.” To young-looking fans: “We know your fake IDs are working well but you need umbrellas in your foofy drinks....” They waited for us outside once with baseball bats. They once broke one of our headlights. I drove home anyway.”

After Bratz became Private Domain in the mid ’80s, they were signed to Gold Mountain/A&M Records, which never put out their record. They eventually signed with Priority/Universal, which resulted in the single “Absolute Perfection,” a hit on KROQ in 1987.

“We hired Pato Banton as a session musician.” But Shaffer says the toaster commandeered the song and the royalties as if it was his. Private Domain sued and won. “We had him served at the Greek Theatre,” says Shaffer. “We got, like, $1500.”

Shaffer says Priority’s inability to get the record into stores hurt their chances to capitalize on their KROQ fame. “If your record wasn’t in the stores it was hard to get a tour going. The window closed rapidly.”

Their historic run as the house band at Dick’s Last Resort (no connection to Dick’s at the Beach) in the Gaslamp ended in 2014 when that Gaslamp bar gave up live music. “We played there three nights a week for 22 years,” says Shaffer.

Butler markets music equipment. Shaffer says he is now semi-retired. “Now I only play the gigs I want to play.”

Private Domain appears Friday at Nicky Rottens in El Cajon and at Bolt Brewery in La Mesa on Saturday.