All sorts of specialty flavors — even vegan — at Salt & Straw 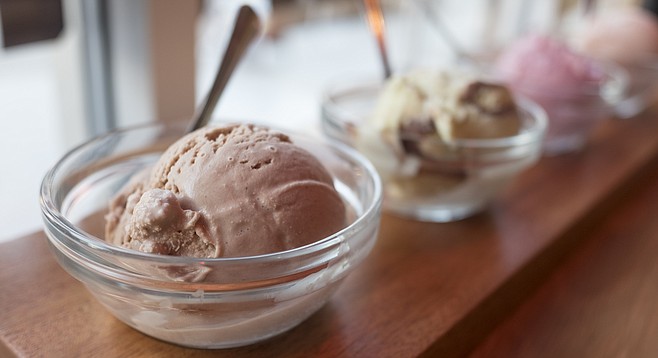 Portland's hippest ice cream shop has made its way to San Diego. Salt & Straw recently opened a shop in Little Italy, and as it's done in previous expansions to San Francisco and Los Angeles, the business has wasted no time in collaborating with popular local brands to add to its collection of creative ice cream offerings.

Even before it opened, Salt & Straw teamed up with Modern Times Beer to concoct a hoppy orange sherbet infused with the brewery's Belgian style beers, a cara cara and blood orange sour saison (to be clear, the alcohol doesn't make it to the ice cream). 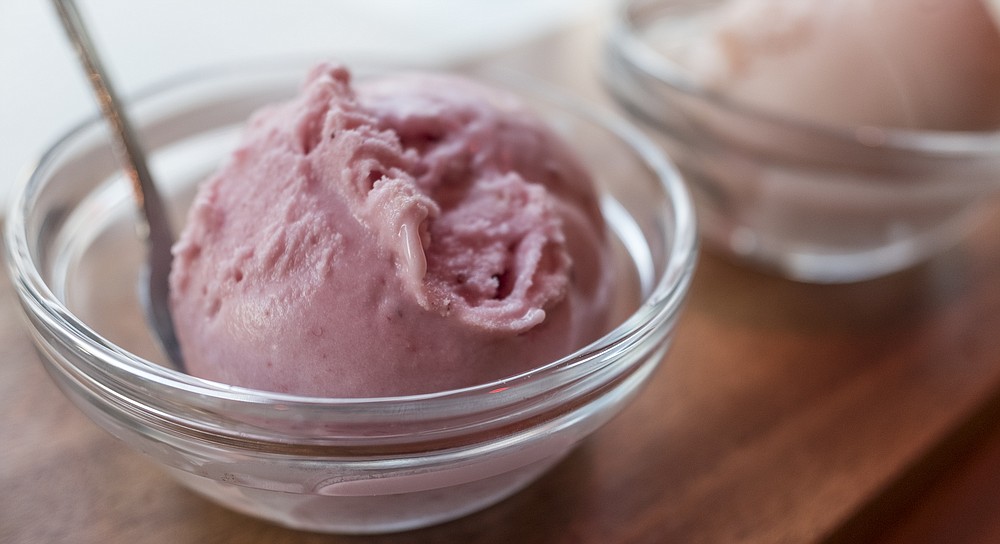 I've been to a Salt & Straw location in Portland, and enjoyed the creaminess of its signature flavor: sea salt ice cream with caramel ribbons. I found it at the top of the Little Italy menu, but there were over a dozen other intriguing flavors. I wanted to try them all, but for $11.50, settled for a four scoop taster flight instead. 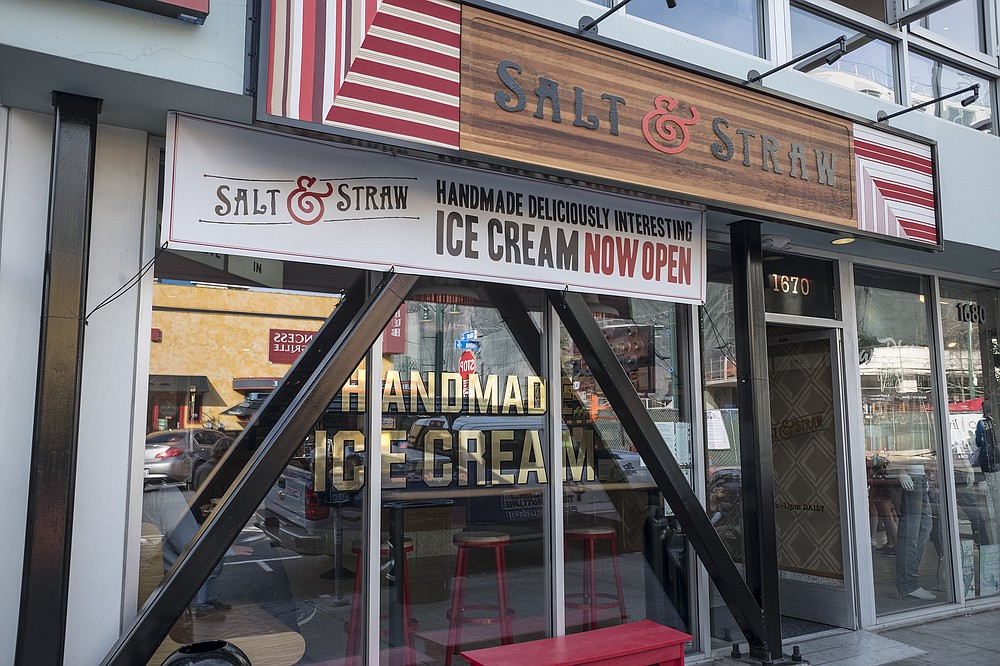 I started with the Modern Times flavor. True to the brewery's ethos, Hopped Orange Creamsicle is a vegan ice cream — one of several on the menu. I'm not typically a fan of orange sherbet, or creamsicles, so I was really counting on the hops to delight me. They did not. Their bitter, floral presence was intriguing, but I'm happy to keep hops in their place: beer. But that's okay. This may have been the first Modern Times branded product I haven't enjoyed immensely.

It's also important to note, my problems with it had nothing to do with the ice cream being vegan. Indeed, for my second scoop I tried the vegan roasted strawberry, made with coconut cream. This Portland favorite was fantastic, with caramelized fruit flavors and a creaminess to rival anything else on the board.

Almost anything. Next up came the flavor, Avocado & Oaxacan Chocolate Fudge. If any flavor speaks to Salt & Straw's presence in Southern California, it may be this one. The avocado worked with the cream to yield exquisite texture. It's lightly grassy flavor found balance with a ribbon of Mexican hot chocolate style fudge spiced with the likes of cinnamon and cardamom, made with chocolate provided by L.A.'s esteemed Oaxacan restaurant, Guelaguetza.

Salt & Straw has a kitchen in Los Angeles, where it makes this and other local flavors. That also includes my fourth scoop: James Coffee & Bourbon. The whiskey component comes from L.A.'s Greenbar Distillery, but the coffee comes from Little Italy roaster, James Coffee Co. It's without doubt a winning combination, and while this flavor couldn't match the special creaminess of the avocado, it proved my all-around favorite.

Nevertheless, it will be no less easy to choose my next visit. Flavors rotate continuously, and I didn't even get to potential winners like the peanut butter, bacon, and banana vegan ice cream, Happy Birthday Elvis! Or the Peanut Butter Stout with Chocolate Chiccharon (with Belching Beaver Brewery).