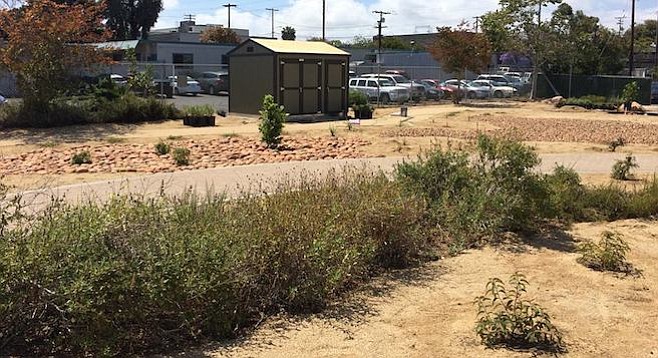 Old Town National City will build a community garden after more than a decade of collaboration between the city, residents, and the Environmental Health Coalition. 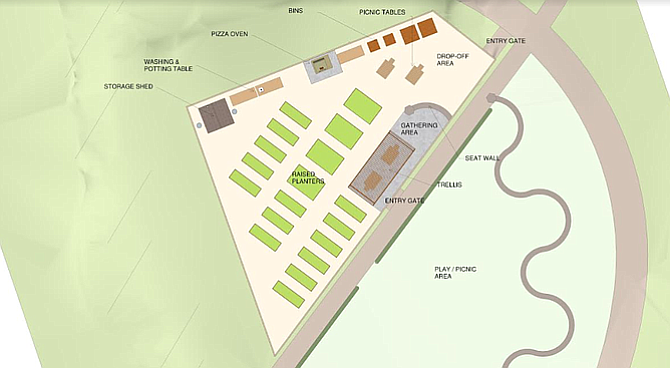 The planned layout of the fenced garden includes a pizza oven and picnic tables.

Mundo Gardens, a “National City–grown” nonprofit, will operate the Paradise Creek Park Community Garden on a quarter-acre plot adjacent to the creek, Kimball Elementary, and housing.

“It’s more than a garden,” said Sandy Naranjo, who lives in the area with her two children and works with the Environmental Health Coalition. “We hope it will grow with the health of the community. It can be frustrating, with more fast-food choices and little access to healthy food.”

In 2005, a survey of National City residents conducted by the Environmental Health Coalition showed that they favored a public garden as part of a path to a healthier neighborhood. Residents at subsequent planning sessions expressed the same thing. The city's 2011 general plan incorporated the principle. But “the city determined that it lacked the financial means and knowhow to operate a community garden,” said Naranjo.

Mundo Gardens, which runs Joe’s Pocket Farm on the east side of National City, stepped up. On December 19th the city council approved a measure to move forward with a review of contract with the local organization.

Joe’s Pocket Farm, where alongside plots of fruits and veggies they host music, art, and yoga classes, will provide a model for the new garden. Cofounder Janice Luna Reynoso said she expects to serve between 500 and 1000 people in the first year, including children and teachers from Kimball Elementary. Anyone who works in the garden can take home a share of the harvest.

“It’s a communal approach, like going back to rancho days,” Reynoso said. “We don’t assign plots.” Reynoso attended the December 19 council meeting with a garden spade in her hand, showing Mundo Gardens to be shovel-ready when the city gave the green light. The garden plan includes a pizza oven for cooking classes, a gathering place, a play and picnic area, and plenty of room for planting.

Fiscal sponsor YALLA San Diego, another local nonprofit, will provide funding for two part-time positions at Paradise Creek Community Garden that will pay about $25,000 each. The National City city council will vote on the final contract January 16.

Groundbreaking will have to wait until early 2019 due to the preparatory work required: soil remediation to remove contamination from the site, a city-owned piece of land that was a former city public works yard used for automobile maintenance.

The garden is the latest development in National City's $930,000 project to expand Paradise Creek Educational Park.

National City housing and economic development manager Carlos Aguirre, liaison for the expansion project, did not respond to requests for information about the city's financial contribution to the garden itself.

National City has always been a slum and will always be a slum.

Update: National City housing and economic development manager Carlos Aguirre said that the city will contribute $84,000 for tenant improvements to the garden site and $150 per month for water, electricity, and trash utilities. The city will not be financially responsible for operation of the garden.